Journalists delinquent in quality of coverage of Caldor Fire

Three times I nearly lost it this week. All because of people in my profession. Damn journalists.

I understand covering the Caldor Fire could be a once in a lifetime event, but that is no reason to throw ethics out the window. 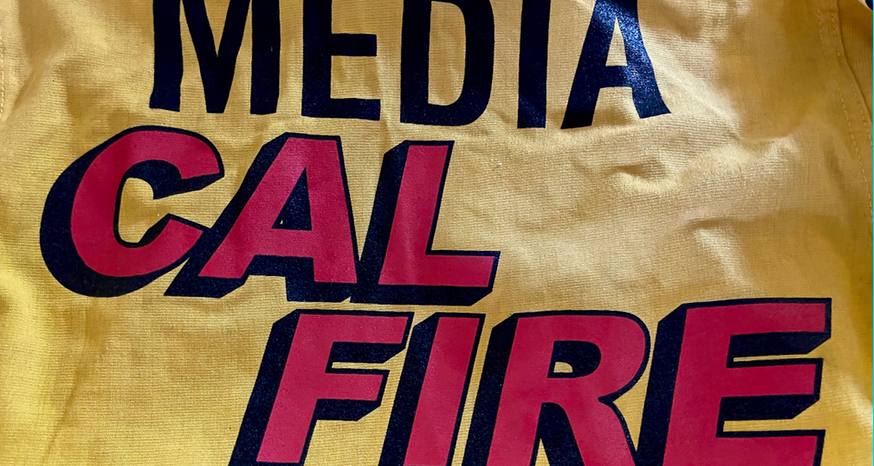 I also understand that it’s fun and exciting covering big stories like this.

Let me tell you, I’ve almost driven to Tahoe every day since the basin has been threatened. Not for the adrenaline rush, but to help in the only way I know how—which is to provide accurate, timely information to people.

But this isn’t my fire to cover, at least not on the ground.

I am shocked and saddened CalFire had to send an email to journalists the night of Aug. 31 that in part said, “It has come to our attention that a few members of the media have been impeding the progress of the firefighting efforts and going on to private property without permission of the property owner. This activity cannot and will not be tolerated. Action will be taken if it persists.”

I’ve been thwarted plenty of times by “officials” who don’t understand the media’s rights. But this wasn’t about keeping journalists away from the news, or impeding their coverage. This was about journalists breaking the law.

CalFire, all firefighters, U.S. Forest Service, and law enforcement personnel should not be babysitting journalists. Their attention needs to be focused on the fire, not people wanting a “better” story.

It is beyond shameful for someone to pick up debris on someone’s property, to hold it up for their viewers to see. It’s fine to film from the street, the sidewalk. That’s all legal and ethical.

Maybe I’m hypersensitive because my mom lost everything in the Camp Fire in Paradise nearly three years ago. To think of strangers going through the remains of her home makes me want to scream. This was a task she and my sisters went through, and more than once. She knew where things were in the house so then it was more easy to identify what that charred object was.

It’s simple, if the house were standing, would you walk in and pick something up? No. At least you better not. So dammit, don’t do it just because it’s in a pile of ash. That object may be the only thing that person will be able to salvage.

These are TV news people, never a favorite of print/online journalists to begin with.

The limited TV coverage I’ve seen has been questionable at best because there seems to be a twinge of sensationalism in all of it. I tend to scream at the TV when I watch the news because of inaccuracies. Before the fire reached the basin a national news source used exaggerated language about how close it was to the lake. Then there was the regional embedded team. I know they were embedded with the firefighters because they said so every fourth phrase. I had to turn it off it was so bad and bizarre. Bad by the guy on the ground and the anchor in the studio; it was like they were in it for themselves instead of providing information to their viewers. It was crap; hard to even call it journalism.

Print isn’t perfect by any means. I made some choice comments this week on a San Francisco Chronicle story about Caldor. Commenting on stories is a rare endeavor for me.

And sites that only publish press releases, well, that’s not being a journalist on any day.

When is there going to be a story about why no one is talking about the cause of this fire? I have so many story ideas … sigh.

But what incensed me the most was when I heard from two people that the Tahoe (non) Daily Tribune (still an odd name when you publish one day a week) was not going to publish on Sept. 3. What the hell? How was this even possible? How could anyone think this was a good idea? How do you abdicate your responsibility? How do you not have a print edition of what is potentially the biggest story of the year, the decade, the century, or ever in South Lake Tahoe?

The presses are in Carson City. Even if they were still in South Lake Tahoe, the paper probably could have still printed there. It is common for publications to share presses in times of need, and many news sources don’t own presses, but instead contract out that work.

The Tribune is the newspaper of record in South Lake Tahoe. I’m not even sure it would be legal to not publish.

Sure, there are not a lot of people in town, but deliver to the shelters, throughout the lake, drop it off at the Carson City post office where all South Shore California mail is being delivered.

Fortunately, as of this moment, a more reasonable decision has been made and the Trib is going to have its regular Friday print edition.

I know it’s difficult to do a job when you are in crisis mode. But as journalists it is our obligation to provide the news no matter what is happening in our own lives.

The Tribune did well during the Angora Fire. The sports editor at the time lost his home, but was at work every day. Now that’s a true journalist.

To not publish once, well, then how do readers know you will be there in the future? To have even contemplated not publishing is such an egregious breach of trust between publication and the public. Shame on you Tribune.