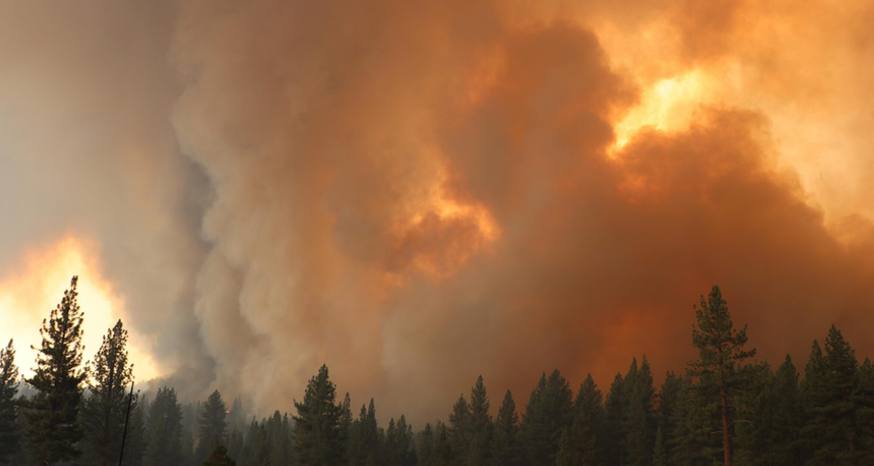 All or nothing is seldom a good approach to solving a problem.

On March 2, Rep. Doug LaMalfa (my congressman today) and Rep. Tom McClintock (my congressman when I lived in Tahoe) introduced a bill that would require the U.S. Forest Service to suppress all fires.

How stupid are these men? OK, well, that is a bit rhetorical. But, really, what are they thinking?

The bill states, “To the extent practicable, use all available resources to carry out wildfire suppression with the purpose of extinguishing wildfires detected on National Forest System lands not later than 24 hours after such a wildfire is detected.”

HR 6903 is not the approach this country needs for tackling wildfires.

Not all fire is bad. That has been proven over and over again. Native Americans have known this for centuries. Even the Forest Service learned this lesson after almost a century of implementing the suppression is best policy.

According to the Forest History Society, “Until around 1970, federal land managers remained obsessed with controlling large fires. But during the 1960s, scientific research increasingly demonstrated the positive role fire played in forest ecology. This led in the early 1970s to a radical change in Forest Service policy—to let fires burn when and where appropriate. It began with allowing natural-caused fires to burn in designated wilderness areas. From this the ‘let-burn’ policy evolved, though it suffered a setback in the wake of the 1988 Yellowstone fires. Since around 1990, fire suppression efforts and policy have had to take into account exurban sprawl in what is called the wildland-urban interface. Another issue the Forest Service now faces is that fires have grown in size and ferocity over the last 25 years. The fire-fighting budget has grown to about 50 percent of the agency’s entire budget, which limits funds available for land management activities such as land restoration and forest thinning that could aid in fire suppression.”

We need to give landowners, land managers and fire personnel the tools, resources and intel to prevent fires, suppress them, and let them burn when that is the best solution.

These two congressmen are not the people who should be making the decisions. They both should be replaced, but that’s a topic for another day, though voters could make that happen this November. Remember that McClintock last year said, “Wildfire firefighting is hot, miserable work, but it is not skilled labor.” What isn’t skilled labor is being an elected official; and being elected is most definitely not a sign of intellect.

Firefighting is a skill in my book. And the skill involved to direct the Caldor Fire so it did not burn a single structure in the Lake Tahoe Basin last summer was phenomenal. Of course they aren’t paid well. According to Indeed, a California wildland firefighter on average makes $22.68/hour. That pay is 7 percent above the national average.

Can firefighters—urban or wildland—save everything? Clearly, not. Are mistakes made? Yes, these are humans after all.

I will be the first to say the Forest Service has room for improvement. I was extremely critical of the federal agency last summer when the decision was made to let the Tamarack Fire near Markleeville burn. It was reported on July 4, with the cause being lightning. It was contained on Oct. 26 after 23 structures had been destroyed and more than 68,000 acres charred.

The reality is there are not enough firefighters and equipment to extinguish all the blazes that are ignited in any given year. It’s getting worse each year, and with California now entering a third year of drought, this coming fire season could be another one for the record books.

Those lawmakers need to be listening to people on the front lines, to scientists, to experts, to land owners and managers before introducing legislation.

What these two yahoos have introduced is garbage. It is not what we need, nor are they who we need in office.