Hundreds of people took to the streets of Chico on May 14 to show their support for women’s reproductive rights. 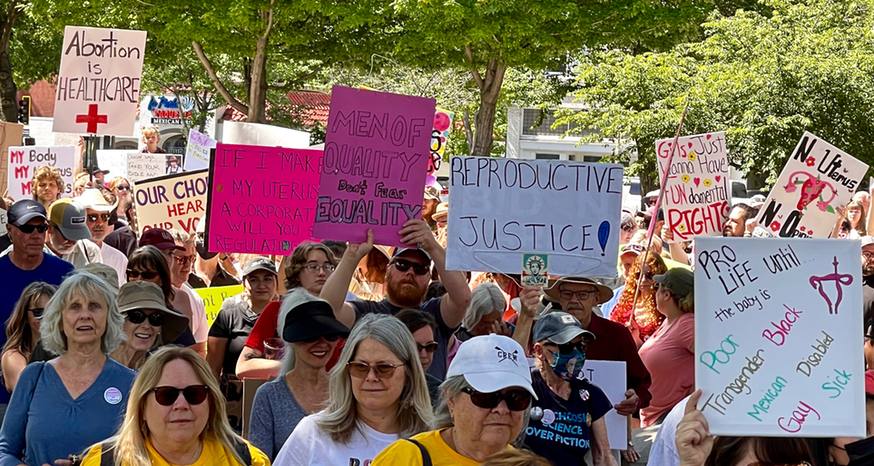 Women and men of all ages walked with homemade signs stating their position. Some signs were wrapped around coat hangers, a visual reminder of tools used by women when abortions were illegal. 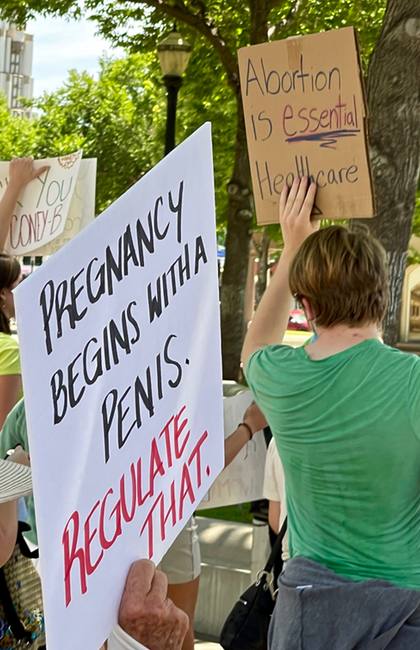 This was one of more than 450 marches that were planned throughout the U.S. in the wake of the leaked U.S. Supreme Court brief that indicated the 1973 Roe v. Wade decision would be overturned, thus making abortion illegal.

On May 11, the Senate failed to advance legislation ensuring abortion rights in every state. 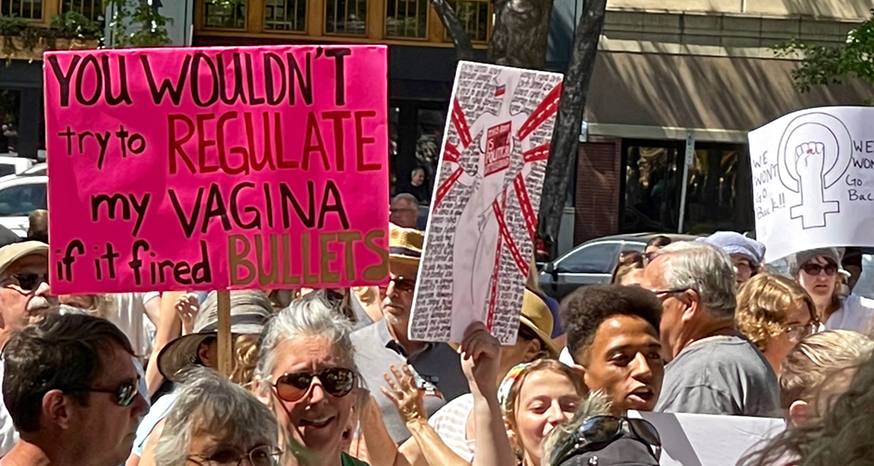 Hundreds of people in Chico march for women’s reproductive rights on May 14. (Image: Kathryn Reed)

At the Chico march various slogans where chanted, including: