Mexico team part of the NBA for first time in history

A Mexico City professional basketball team is affiliated with the National Basketball Association for the first time.

The Capitanes de Ciudad de México is part of the G League, which is the NBA’s minor league circuit. Still, it’s professional hoops. 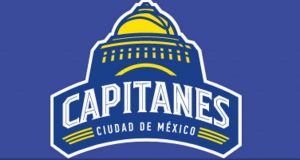 This is the first time any major league sport has been able to claim all three North American countries as participants. And it’s the first time the NBA has had a team from any place other than the United States or Canada.

The Capitanes were supposed to make their debut last season, but like so much of 2020, that didn’t happen. Instead, the first games were this fall.

The team first formed in 2016, where it competed in Mexico’s Liga Nacional de Baloncesto Profesional.

A huge thing that is a little different for the Mexico City team is that all of its games were on the road. The intent, though, going forward is for their games to be on their home court. The pandemic will determine what the future holds. The Capitanes wrapped up the regular season Dec. 11 with an 11-11 record. The Capitanes are scheduled to play two non-regular season games in January in Las Vegas.

Practice and operations, for this season, were out of Fort Worth, Texas.

Of the six players called up to the NBA from the G League this season were two from the Capitanes.