Mother’s Day may no longer be something to celebrate

It’s Mother’s Day. The way things are going in this country fewer women will want to celebrate this day. 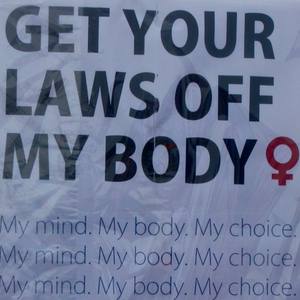 All health care issues should involve only the patient and medical provider, not lawmakers. (Image: Kathryn Reed)

No woman should have to give birth to a child they don’t want. Nor should she have to explain her decision to anyone. It’s her body. Her choice.

This Mother’s Day comes with a cloud over it in the wake of the news the U.S. Supreme Court is likely to rule on a case that would subsequently overturn Roe v. Wade, which would then let states regulate abortion.

So many states have already enacted restrictive legislation. Even more have trigger laws if the federal legislation is revoked; meaning abortion becomes illegal in those states.

I’m fortunate I’m past my childbearing years, and that I live in a state that is progressive and wants to do even more to ensure a woman’s right to an abortion. Even so, not every place in California makes it easy to get an abortion. In 2017, I wrote about how there are no abortion providers in the Tahoe-Truckee region.

The early release of the draft Supreme Court ruling proves many things, with an overriding one being the importance of voting. Too many people sat out the 2016 presidential election or opted to not vote for “that woman” or thought the “orange man” was the lesser of two evils. Plenty of talk at the time said how that next president was likely to have the opportunity to appoint several Supreme Court justices. Trump did—three. Those should have been Hillary Clinton’s appointments if popular vote (aka true democracy) mattered in this country.

What this shows me is that voting is so dang important in every election. It’s possible Congress could codify a woman’s right to an abortion at the federal level. If this issue and other topics that could come before the courts matter to you for whatever reason, then vote in the primary election and again in the November general election. Vote every year.

Abortion may not affect you directly, but that doesn’t mean you shouldn’t fight for what’s right—which is for women to have control over their bodies.

If we can’t have that, then it’s time boys/men start having mandatory vasectomies. After all, it takes a penis to get pregnant.