No Regrets 20 Years After A Life-Changing Decision

We all have life-defining moments we can point to. One of mine occurred 20 years ago this month.

Life had other plans for me, as is often the case.

I had been working at the San Francisco Chronicle as a copy editor and news editor. It was the easiest job I had and the one that came with the biggest paycheck. I was so unfulfilled. I wanted out of the Bay Area. I was tired of commuting an hour from the North Bay. I was living alone after a 10-year relationship went south. I needed a change in so many aspects of my life.

When I left Tahoe the first time I said I would come back 10 years later as managing editor of the Tribune. It took me 13 years.

Would I do it again knowing the outcome? Absolutely. 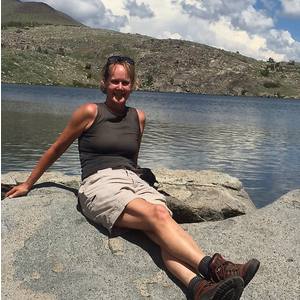 Would I take that job knowing that I would get fired as managing editor 17 months later because I refused to blur the lines between editorial and advertising? Yes.

One of my favorite memories is telling the publisher my news hole was not for sale and then being told it was not my news hole. It was one of many nails I helped drive into the coffin of my career at the Trib. At least I walked out the doors that fateful January morning with my integrity intact and a solid grip on my journalistic ethics.

I had a staff of 13. The paper was a broadsheet that came out five days a week. We weren’t afraid of writing stories that ruffled the powers that be. We weren’t afraid to publish stories when there were drug busts/ABC infractions at restaurants that were also advertisers. (All acts that shortened my tenure at the Trib.) We were doing good work, trying to make the paper better with each issue. Ninety-nine percent of those who worked for me were incredible people, many of whom I still call friends to this day.

It’s never been a great paper because of upper management and ownership. It’s the residents who are losing the most. I still say South Lake Tahoe and the entire basin (and Truckee) are a journalists’ gold mine. There are so many stories to unearth, some sitting right out in the open. It still frustrates me knowing all of the news I know that is not getting written and I don’t even live in the area. But that’s another story.

Being fired is scary. It tests you in ways you don’t want to be tested. Someone, if not several people, is telling you that you can’t do the job. That does a doozy to your self-confidence. That makes you question how you go forward. They have taken your income away, but the bill collector still comes knocking.

A lot of people showed they cared. Del came over with a copy of Writers Digest, saying I needed to get out there and freelance, and not leave town. My friend Julie offered me a job at The Appointment Biz, the company she still owns, for which I will always be grateful. It’s not on my resume because it’s not relevant to my career as a writer, but that job is so relevant to my life. It is what allowed me to stay in Tahoe until I figured things out. The Tahoe Mountain News became my outlet for local writing. I will forever be thankful to Taylor (who I had worked with at the Tribune in the late 1980s) and Heather for letting me write for them even though I came from the Trib and was living with someone who was still a reporter there. They knew my journalistic integrity and trusted me. It was the start of rebuilding my confidence.

Being fired changes you. At least it changed me. Work took on new meaning. After that I never worked for anyone again outside of being a freelancer or doing contract work. It’s liberating. It’s also daunting not having a regular paycheck every other week. I haven’t had employer health care or a company-sponsored retirement plan since then. I also don’t have to show up to work every day, don’t have a work wardrobe, don’t have to commute, can say no to an assignment, and multiple days of the week I play tennis in the middle of what would be a traditional workday.

If I hadn’t been fired, I presumably would have kept working 50-60 hour weeks and still gotten paid for 40. Such are the hazards of management. I would not have grown as I did. I would not have enjoyed so much in life that I have. So, in many ways, getting fired made my life better. It just took a while to realize it.

Being fired showed me who my friends were and weren’t. It was eye-opening. I was no longer in a position of power, such as it were. For the non-friends, that meant something. I could no longer do something for them. Of course they probably still haven’t figured out I wasn’t doing anything for them, I was covering a story because it was the right thing to do. This was another lesson, realizing how many users there are in the world, or least in a small town.

It was also a lesson in true friendship. That’s what I hold on to. Too many people to count who were there for me. They lifted me up at one of my lowest points. They didn’t ask me what I could have done differently to not be fired. (Not much and still be able to look myself in the mirror each day.) They didn’t tell me how I brought this on myself. (Which I had because of what I believe in.) They didn’t judge me. (Plenty of others did.) They knew I didn’t need judgment because I was being hard enough on myself. (Others didn’t seem to understand that.)

My friends checked in on me. They helped with job leads. They took me out for a drink. They made me want to stay in Tahoe.

Stay I did. My roots grew deeper, my friendships stronger. I took up tennis again—with so many lasting friendships from the court. I started hiking more. I started making peace with the past. I started dreaming again. My writing took off in different directions—including starting an online news site. I also resumed massage, first working for others and then starting my own business. Writing and massage have always brought me great balance, and continue to today.

Eventually, I got tired of the cold and the snow. Winters were no longer fun. In an ideal world I would have spent the winters one place, and summers in Tahoe. I made that work for my last three years. It was perfect. Those years also allowed me an opportunity to connect with Tahoe without working there full time, without being immersed in the politics, in the strife and the crap. It made me appreciate the area in a different way that is hard to do as a full time journalist. It brought me a sense of peace and a renewed love for the area.

There is something special about Lake Tahoe. It will always be home even when I’m not there.