Pros and cons to banning natural gas in home construction

In the march to power California without fossil fuels by 2045, the choice by some cities to ban natural gas has lit the fuse on a battle pitting environmental groups against developers, involving not only cost of home construction, but whether government has picked the wrong target.

“Going after housing is like trying to knock that flea off an elephant’s butt. It is not going to effect change,” said Craig Lawson, president of the North Coast Builders Exchange board and owner of CAL Custom Building Services in Santa Rosa. The general contractor has been building homes since 1979. He would prefer people were tackling the harder issues like transportation that would have a greater environmental benefit based on that sector’s greenhouse gas emissions.

Construction experts cite California Energy Commission numbers that say residential housing accounts for 7 percent of greenhouse gas (GHG) emissions, compared with transportation at 41 percent and industry at 24 percent. They say their industry is not a major contributor to the climate change, which some scientists say is accelerated by those emissions.

Contractors agree banning natural gas will drive up construction costs, could leave people in the dark and cold during power outages, and will limit people’s choices when it comes to the appliances they use.

Proponents of requiring all electric homes say the environment will be better off without natural gas, energy bills will be lower, and the health benefits from reducing emissions are measurable for people and the planet.

“Natural gas is mostly methane and 25 times more harmful than (carbon dioxide). When it leaks, it’s very harmful to the climate,” Geof Syphers, CEO of Santa Rosa-based Sonoma Clean Power, said. “If we don’t at least meet or exceed (the state’s goals), all of our current science says more and more of California becomes unlivably dangerous. There is no way to be lawful and compliant without phasing out natural gas.”

He said it’s what needs to be done before the bigger items are tackled: “Let’s do the easy stuff, like not adding more gas to new construction.” 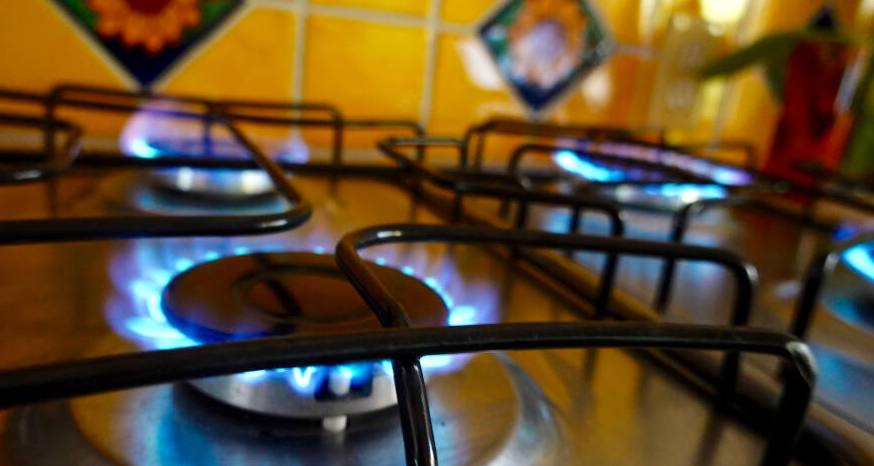 Sonoma Clean Power is a customer-owned public utility. Customers pay the agency for electric generation, and PG&E for delivery and maintenance of its power poles and wires.

PG&E plans to limit exploration for new gas because of the state’s carbonless energy mandates. However, Ari Vanrenen, spokeswoman with the utility, said, “Natural gas remains a critical and essential resource to Californians, supporting households and businesses with affordable energy used for heating and cooking, manufacturing and transportation. Beyond new construction, PG&E believes a multi-faceted approach is needed to cost-effectively achieve California’s greenhouse-gas reduction objectives, including both electrification and decarbonizing the gas system with renewable natural gas and hydrogen.”

NCBE, a nonprofit contractors’ association that provides services and representation to construction-related firms, NCBE calls city ordinances that ban natural gas “reach codes” because they reach beyond the state’s requirements for construction.

“We have opposed them because of the minimal good it does and it’s punishing the new home buyer who might want to cook with gas, and might want a gas fireplace. Our objection is there is so little effect on the environment, and all electric has the potential to raise the cost of construction on a new home by $5,000 to $10,000. Why do that when there is such an important need for new housing?” asked Keith Woods, the organization’s CEO. “For the government to mandate this is frustrating to us.”

Homes built pre-1980 have older, non-efficient appliances unless they have been updated by the homeowner; this includes gas and electric. Legislation regarding these issues was not passed in California until the late 1970s. New rules are always affecting the housing industry, like how solar panels are required on all new construction as of Jan. 1, 2020.

Both sides throw out figures when it comes to what the added costs or savings could be for a new home to be all electric, what those appliances will cost, as well as the cost of using gas vs. electric. That is a large part of the problem, knowing whose numbers to believe in order to determine what is cost-effective.

One issue is that most electric bills are based on a tiered system. After the flat rate customers are charged based on usage, with those using the most electricity charged a higher rate. That is why going all electric today is likely to be an expensive proposition.

The American Gas Association contends, “Households that use natural gas for heating, cooking and clothes drying save an average of $874 per year compared to homes using electricity for those applications.”

But not having to put in gas lines lowers the cost of home building, according to the Sierra Club.

“With new construction the cost of building new housing will be significantly less, saving $6,000 on single family housing if it’s all electric and about $1,500 on multi-family. The savings come from not hooking up the gas,” Rachel Golden, campaign representative on building issues for the Sierra Club, said.

As with any change, there are consequences. A concern is people with money can afford all electric upgrades, thus leaving low-income people with natural gas. If fewer people are using gas, the price will inevitably go up because there would not be as many people to split the expenses associated with supplying the fuel.

Cultural considerations are also a component when talking about eliminating gas for cooking. An open flame is the best way to cook a poblano pepper, while woks often require gas. Whether a backyard propane barbecue will suffice remains to be seen or if other options come into play.

Syphers, with Sonoma Clean Power, acknowledges it would be impossible for the state to go all electric today because the storage capacity for renewable energy does not exist.

“The amount of storage California needs is really significant,” Syphers said. “Anything that can deliver energy to the grid for eight hours or longer is rare in California. There are not that many batteries in California right now.”

Batteries are needed to store the renewable energy when it is not immediately needed on the grid. It is becoming common that as solar farms are developed outdoor battery facilities are built on-site. This makes for more efficiency and less transmission issues, according to industry officials.

But what happens when the power goes out? Smoke-filled days from fires reduce solar output. When the wind dies, that renewable source is not an option. Then there are the rolling blackouts that power companies have been using to ensure the grid has enough power.

A generator would be the solution in an all-electric house. This, though, is an additional cost that not everyone can handle.