Questioning whether Day of the Dead should be a tourist spectacle 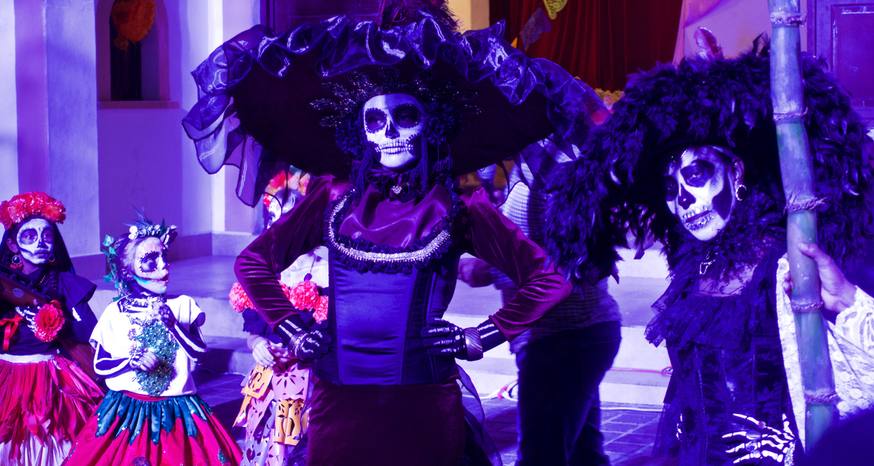 Even though Day of the Dead (Dia de Muertos) has been celebrated for more than 3,000 years, it became a mainstream event in large part because of Hollywood.

This is an Aztec tradition rooted in what is now Mexico.

When the Spanish conquered Mexico they brought Catholicism to the country and all of its rituals. The Spanish didn’t buy into all the hoopla of the Aztecs, as they believed in their own traditions. In the Catholic world, Nov. 1 is All Saints Day and Nov. 2 is All Souls Day. This is why Day of the Dead celebrations are conducted on these two days.

In many ways Day of the Dead is a blending of Aztec and Spanish beliefs. This is appropriate as so many of the people in Mexico are mixed race. 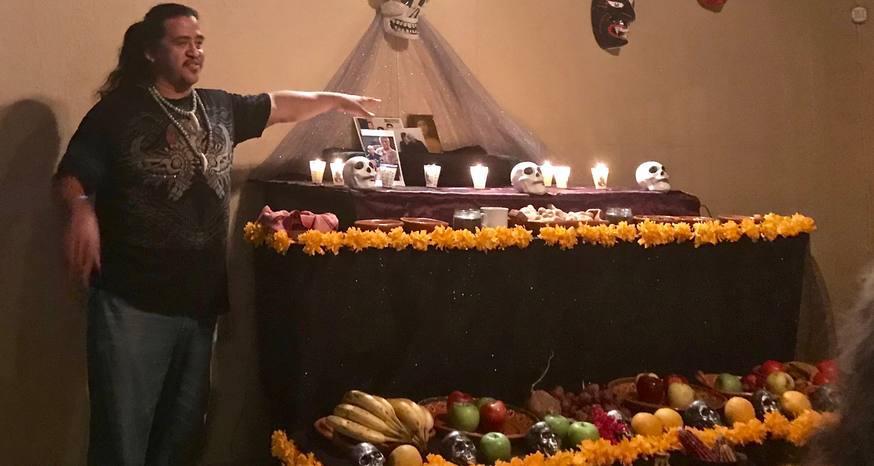 Noel Morales, owner of El Refugio in Todos Santos, talks Nov. 2 about the history of Day of the Dead. (Image: Kathryn Reed)

The living create multi-tiered altars to the dead as a way to welcome them back. Food – often the deceased’s favorites – are part of the spread, along with candles to light the way. Salt is a purifier as well as a symbol of tears, while water is essential to life. Marigolds are significant because they can be used for medicinal purposes, plus their aroma is said to attract the dead.

Some altars are more elaborate than others. The tiers are said to represent the stairway to heaven. At the top is usually a picture of the dead.

Those two movies have turned Day of the Dead from a family and community ritual into a tourist event. 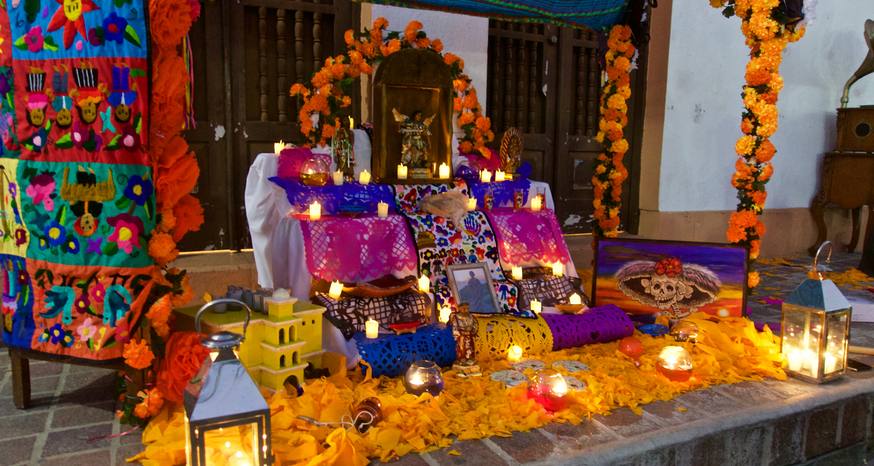 An altar at the Todos Santos plaza created solely for the Nov. 1 festivities. (Image: Kathryn Reed)

Noel Morales, owner of El Refugio restaurant in Todos Santos, on Nov. 2 gave a free talk about the history of Day of the Dead.

“The most important thing for Mexicans is family,” Morales said.

Honoring those who have died keeps that love alive.

When asked about the catrinas, which are now a symbol of Day of the Dead, Morales said, “Catrinas are bullshit. La Catrina is a joke.”

In 1873, Jose Guadalupe Posada created what is now called catrina. It was Diego Rivera who in 1948 gave this skeleton lady the name she has today. Catrina is slang for a rich, elegant, well-dressed woman. There was a time when dressing as a catrina was a way to mock rich Mexicans who wanted to be more European.

It is this symbol of wealth that bothers Morales because “90 percent of Mexican people are poor.”

On Nov. 1, Day of the Dead in Todos Santos was celebrated with traditional dances by young and old at the theater at the plaza. A contest for the best looking catrina was part of the event, with a handful of adults and children participating. Surrounding the plaza were a few elaborate altars for the dead, and an array of food booths.

For a day meant to be about family, the living and the dead, it seems like Day of the Dead celebrations are turning into a party for the masses who have no bond or real understanding of what is going on. What was so personal seems to now be so public. It’s almost like Day of the Dead festivals are making a mockery of a sacred ritual. This should not be a tourist event.