Sometimes I forget what my name is

It’s rather embarrassing when I forget my name. It’s not that I entirely forget it. I sometimes hesitate. It’s like a long pause before I remember what to say.

Such are the hazards of going to a Spanish-speaking country and your name means what. Kae sounds like que.

When I was in South America in the 1990s I was asked in Spanish what my name is. I said Kae. They heard, Que? It was like an episode of Who’s on First. They asked, I answered – several times. Then I finally figured out what was going on and responded Kathryn. They must have thought I was pretty stupid to not know my name.

This episode led me to the decision to start off with going by Kathryn when I went to live in Mexico a year ago. I wanted one name for everyone to use no matter their primary language. This was fine, all was going well. People did ask if I go by anything shorter, like Kathy or Kate, and I explained the issue with being called Kae. We laughed. Kathryn it is. 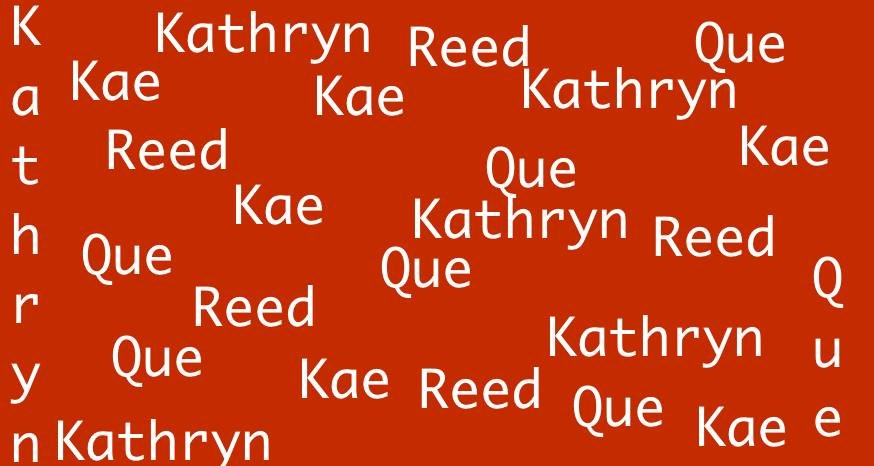 I told friends back in Tahoe about this and they started calling me Que in emails. It got to where I was signing my name Que to certain people.

I’m Kathryn in Mexico and Kae in the United States. The trouble comes when the two overlap. When friends and family visited me in Todos Santos I would remind them to refer to me as Kathryn because most people didn’t now the Kae/que story and would have no idea who Kae was. The confusion has followed me north. I have a friend from Todos Santos who lives in Reno. She calls me Kathryn. When we were putting our name in at a restaurant I paused not knowing what name to use; she spoke up. I felt silly.

This whole author thing has been a bit confusing too as to whether I should be Kathryn or Kae. It’s Kathryn on the book, so I want people to remember that. When it comes to emailing people I’ve gone back and forth with Kae and Kathryn. I realize I’m the one confusing the situation. I’m starting to introduce myself as Kathryn at events. That’s what will be on future books. I was slow to realize my name is a business – or I want it to be.

It’s not that I haven’t used Kathryn before. It’s usually been in a professional setting – as a byline as a journalist, and now as an author. As a journalist I would always know if someone didn’t really know me because they would call me Kathryn instead of Kae.

This isn’t the first time I’ve changed my name, so to speak. When I was little I could not pronounce Kathryn and started calling myself KK. It stuck. I was known as KK all through high school; with some people still calling me that. The first day of school was horrible when the teacher would say Kathryn Reed. People always laughed. Kids are cruel. I wasn’t a Kathryn then unless I was in trouble at home. I explained to the teacher that I go by KK – double K, no periods.

As college approached, it seemed like KK needed to stay with childhood. That’s how Kae came to be. Lose a K and spell it in an nontraditional way. It worked.

All of this makes me think I should just go by Reed and lose all the first name confusion.