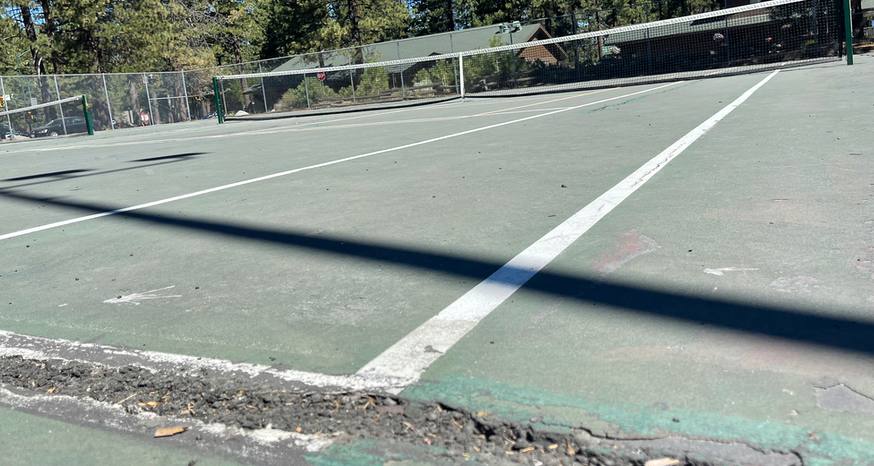 It is nearly impossible for the public to play tennis in South Lake Tahoe because the four courts that are available are dangerous.

I did not feel comfortable last month running on the courts at South Tahoe Middle School. While the nets are better than the last time I played there, the surface is horrific. Large cracks are a broken ankle waiting to happen.

These courts in the center of town were once in great condition. In fact, Lake Tahoe Community College used to use them for its tennis classes.

It’s unfortunate the college several years ago removed covered tennis courts from its master plan. Equally sad is how when the city of South Lake Tahoe was putting its recreation plan together a few years back tennis was not part of the equation.

What’s probably even worse is Lake Tahoe Unified School District’s approach to the sport. LTUSD owns the 10 public courts in the city. There are the four dilapidated ones at the middle school and six playable ones at South Tahoe High School.

The problem with those six taxpayer-funded courts is they can only be used by non-taxpayers—students and their opponents. At all other times the courts are locked. 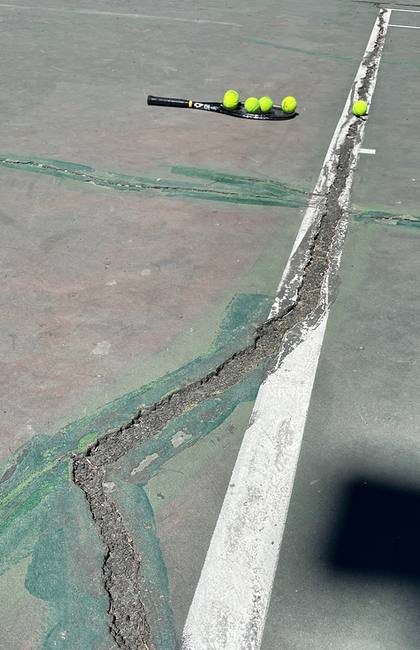 I grew up playing on public courts in the Bay Area; the same courts where I eventually would play four years of varsity high school tennis. I play on public courts now in Chico, which are in even better condition than the private club in town. South Lake Tahoe is a big enough city that is should have decent courts open to the public.

When those courts at STHS were first resurfaced they were supposed to be open to everyone.

A Sept. 2, 2010, article in Lake Tahoe News quotes then LTUSD Superintendent Jim Tarwater saying, “Those will be open to the public, just like at the middle school. Tennis is big in South Lake Tahoe. I could see tournaments coming up here. My dream would be to cover the six at the high school.”

His other dream that never came to fruition was partnering with the city and LTCC to build two more courts at STMS.

The courts cost about $350,000 to overhaul in fall 2010. From that same LTN story, “While the project wasn’t originally part of the Measure G facilities bond, a line in the contractors’ contract made it logical to repave the courts. The contract said if the workers could not park at STHS, they would be paid an additional 15 minutes at the start and end of their day to compensate for the time to get to the work site. This was going to add about $400,000 to the nearly $25 million project going on at that time. The district decided it would be more prudent in terms of time and money to have the workers use the tennis courts as a staging area, lose access to them for a season and then have them rebuilt.”

South Tahoe High’s courts have never been open to the public and that’s a shame. Tennis is such a wonderful sport for all ages. I can’t even imagine if I had not had the opportunity to play on public courts way back when and even today.

Come on South Lake Tahoe and Lake Tahoe Unified, you both can do better when it comes to providing residents and visitors an opportunity to play tennis.