Words – written or verbal – don’t seem to persuade everyone about the real and dangerous consequences of climate change. Maybe images will.

The 2018 documentary “The Human Element” is gripping. Photographer James Balog successfully captures how humans are the fifth element after earth, air, water and fire that are affecting climate change. 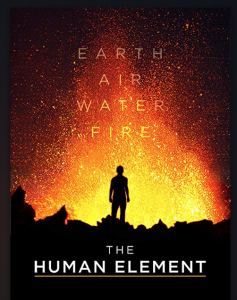 This educational film was shown at the Crystal Bay Club in Nevada earlier this month, with proceeds benefitting environmental research and education at Lake Tahoe via the Tahoe Environmental Research Center.

Balog’s still photos and videos are mesmerizing. The interviews with people who are being impacted by rising ocean levels on the East Coast, wildfires in the West, and the coal industry in the middle part of the United States put a personal touch on what oftentimes is a scientific discussion.

The film brings to the forefront how climate change is a human problem. It’s so hard to comprehend how people in 2019 can continue to believe we have nothing to do with the changing climate. The fact remains the climate is changing and we are all suffering from it today and it will only get worse with each year that goes by if we don’t collectively do more to curtail it. Waiting until it has a direct negative effect on your life is going to be too late.

It is time we realize all of our actions have consequences, and not all of them are good. There is too much irrefutable science and evidence to continue to say climate change isn’t happening. This movie clearly paints a bleak picture without being preachy.

I put climate change deniers in the same category as those in the Flat Earth Society. It’s like a mental health disorder.

The two places I currently call home are both noticeably impacted by climate change. In Lake Tahoe the snow line is dropping and more rain is falling from the sky than white stuff. In Baja California Sur, the ocean is warming, which helps create more devastating hurricanes. It would be hard to find anyplace in the world where the climate is not changing.