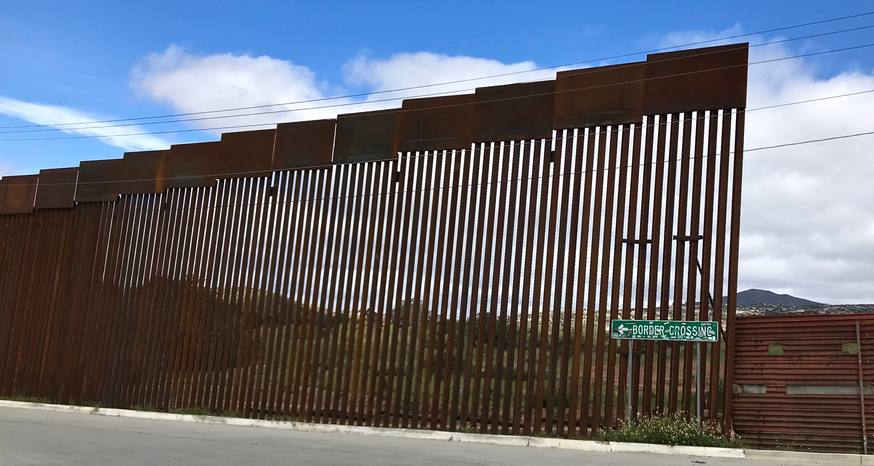 The wall between the United States and Mexico is not keeping everyone out. (Image: Kathryn Reed)

While migrant caravans have slowed during the pandemic, the pilgrimages have not ended. People still want to flee their countries for the United States, with traversing through Mexico being a large part of their journey.

On Sept. 30, the documentary “Blood on the Wall” was released on the National Geographic Channel. Five days before its debut, award-winning directors Sebastian Junger and Nick Quested spoke with Ishaan Tharoor of the Washington Post live online. The filmmakers’ goals were to explore how corruption, the drug trade, and misguided policies have contributed to the current migration crisis in Mexico.

“If you can’t deal with corruption and the rule of law, you won’t make any sizable or meaningful changes,” Quested said. The corruption is on both sides of the border. 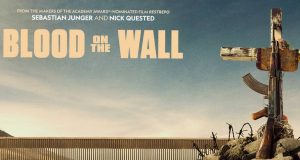 Junger called Mexico one of the most corrupt countries in the world. Soldiers are working for the drug cartels. The drug cartels are also in the business of human trafficking. Migrants sometimes have no choice but to be mules for the cartels in order to secure a guided trip through the desert into the United States.

Guns are coming to Mexico via the United States; then used by the cartels. Gun laws are not being enforced on either side of the border.

The directors employed mostly Mexicans for the film crew, with the theory they would be better at telling their story. The shoot was broken into three sections—the caravan, Acapulco, and the cartels.

Junger and Quested gave some of the migrants cell phones to use as cameras. This, they believed, would be less intrusive than a big camera, and would get people to act more natural. One woman shot footage of herself as she did drugs, and begged for food and money.

“In showing the reality of migrants and narcos we wanted to show they are people like you and me,” Junger said.

He said it’s impossible to separate narcotics, migration and politics, while also pointing out it is necessary to understand how the United States has supported various Central American regimes.

“That legacy of the last 40 years of interference has led to the issue of mass migration today,” Junger said.

In the film a person says, “Just because we are migrants doesn’t mean we are bad people.” This is a statement so many in the United States can’t come to grips with. It takes a willingness to be educated about the issue, to want to understand why people are leaving their homes in search of a better way of life. It’s not about wanting to freeload in the United States. After all, many immigrants end up paying more than $750 a year in income taxes.