The United States in name only 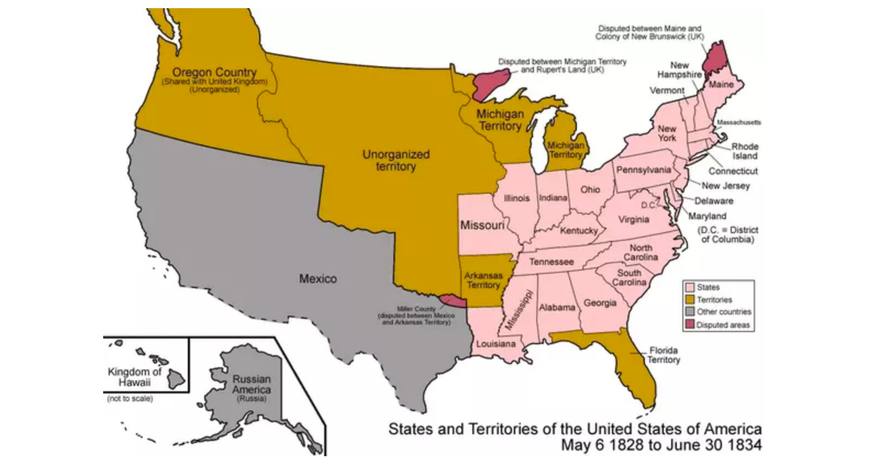 How the United States looked in part of the 1800s. (Graphic: Quara)

“Go back to where you came from.” What an ignorant, racist comment. No one can tell where someone or their ancestors came from based on skin color. On top of that, white people are not native to the United States and they are the ones spouting this hateful sentiment.

How many realize that much of the land encompassing California, Nevada, Colorado, Utah, Arizona, Texas and New Mexico used to be part of Mexico? The irony in telling many Hispanic people to go back to where they came from is that they are living where their people came from. It’s the white people who are new to the land.

The Mexican-American War from April 1846–February 1848 ended with the United States taking possession of more than 500,000 square miles (1.3 million square kilometers) of land that Mexico had owned. The war started after a dispute in 1845 about the boundaries of Texas.

With this being Fourth of July week when we celebrate the 244th birthday of the United States, let’s pause to understand how our country came to be. It’s much more than the original 13 colonies. We just took land from others. The Louisiana Purchase of 1803 wasn’t just about that state, it wasn’t just about paying off France. It meant taking a large swath of land inhabited by Native Americans, you know, Indians—another marginalized group still today.

There was a time when it was a good thing to call the United States a melting pot of so many people from so many lands. However, “melting pot” translated to getting rid of one’s culture and uniqueness to become homogeneous, or more white. A better analogy is to say we are a tossed salad with each ingredient (aka individual) essential to making the whole (salad/society) complete. (I’m borrowing the salad description.) 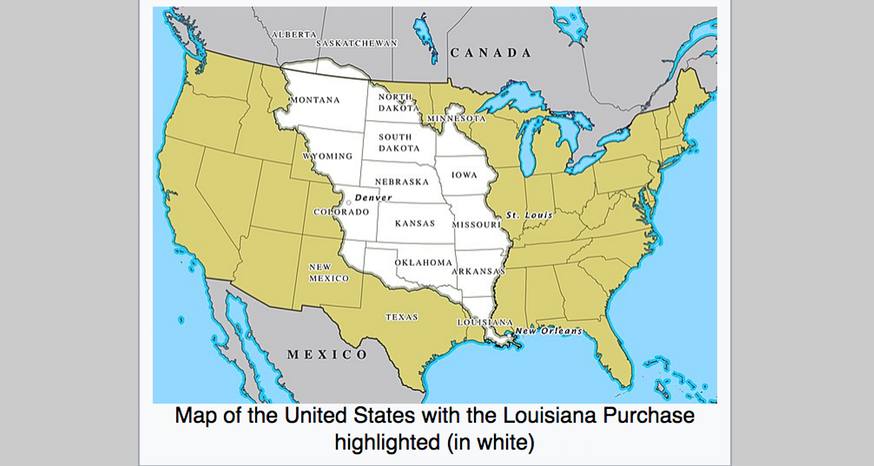 The white section is the land acquired in the Louisiana Purchase. (Graphic: Wikipedia)

Those in the West in particular should consider how many names of places are Spanish. This points to how the history of the United States is so intertwined with Mexico. Think of all the food we eat that is all-American like tacos, quesadillas, mangos.

Any city with “San” or “Santa” in its name is Spanish. They are short for “santo” meaning saint or holy. Think San Francisco, San Jose, San Bernardino, Santa Barbara, Santa Rosa, San Ramon and so many more. Many cities are religious in nature, as they are the names of saints. San Mateo honors St. Matthew. Sacramento means sacrament in Spanish; which is a ceremony in the Catholic Church. Cruz as in Santa Cruz means cross. Merced means mercy.

Other city names are more whimsical like Los Gatos meaning the cats for all the feral felines that once inhabited this Bay Area town. El Cerrito means hill, Los Altos the tall ones, Palo Alto is tall stick, Dos Palos is two sticks, Pescadero is fishmonger.

For us to really be a country of united states, everyone needs to become more tolerant, better educated about the past, and accepting of those who look different than ourselves, don’t talk like us, or worship a different god. The United States won’t be the best she can be until we are more inclusive and understand that our differences can be strengths.