Time to kill the patriarchy

Patriarchy, as the dictionary defines it, is “a system of society or government in which men hold the power and women are largely excluded from it.”

It seems like not a day goes by that I’m not reminded this is still very much a patriarchal world. Sometimes it’s subtle, sometimes it’s blatant. 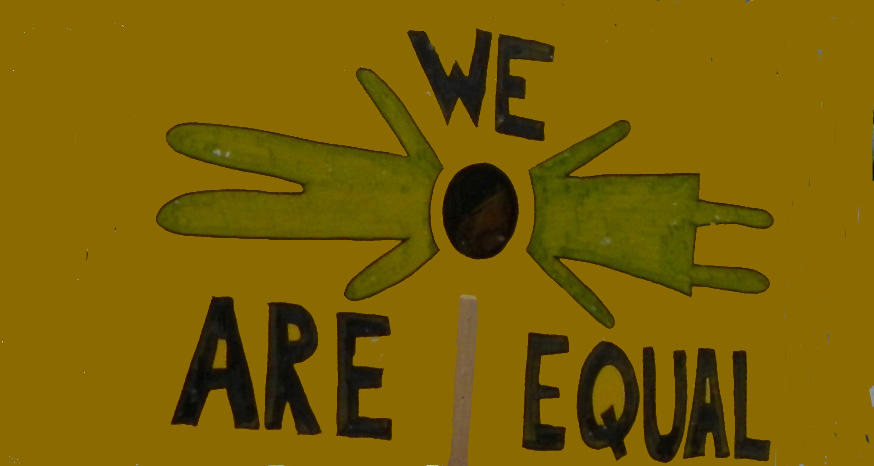 When will patriarchy be in our past and not our present? Can there be equality among the sexes? Why are men so threatened? How insecure are these men (and women) who want patriarchy to be the norm, or at least for it to be acceptable?

This month I came across a letter my sister, Pam, wrote to me in early 1975. She had just turned 15 and I was 9. It starts off as though she was going to give this to me when I was older. I don’t know what age I was when I received it, but the intent reads like I would have been close to entering high school.

In part she wrote, “You are a really cute girl, but you have a fresh mouth. No guy likes girls with fresh mouths, no matter how cute. Guys look for a good personality. Don’t try to out-do a guy, he is the top or whatever. Remember, you are a young lady, not a tomboy.”

Wow, just wow, was my reaction when I read this now at age 55. Anyone who knows me, knows I still have a “fresh mouth,” I’m athletic (does that make me a tomboy?), and I don’t think guys are the “top or whatever.”

I’m not upset with my sister for having written this. It just goes to show what she was taught at home, in school, in society, and through the media. The four of us girls grew up with a domineering father. It was very much a “father knows best” upbringing.

I tried to rebel at home, I rebelled at work, I was a bit of rebel this month on the phone during an HOA meeting run by men. Sometimes it backfires, sometimes not. I got what I wanted in this meeting after earlier being dismissed via emails by the HOA president and the administrator. I think men would like us women to be silent, and when we aren’t they do their best to silence us.

Sometimes it’s as though women are invisible. A column in the San Francisco Chronicle in February told the story of a woman whose stimulus money was accessed via the same debit card as her husband’s. But she couldn’t activate it, only he could. This is 2021. What the hell is going on? (There’s that smart mouth again!)

At my first job out of college as a reporter for the Tahoe Daily Tribune I found out a white male colleague had gotten a substantially larger raise than me. I asked the white male managing editor why. He said because he thought my colleague had a family. Another, what the hell? This was the late 1980s. I was dumbstruck, but not evolved enough to know what to say or how to fight the injustice. I let it go in the moment, but clearly have never forgotten it.

I remember growing up the mail would come for my mom delivered to Mrs. Donald Reed. Yet another what the hell? Why does a woman have to lose her identity when she gets married? The way of addressing a woman is like treating her as a possession of her husband’s.

I used to wonder why friends (and sisters) would take their husbands’ last names in marriage. I understand it can be easier with kids, but still, why give up your name and not the guy giving up his? Then I thought some more. What does it matter, you are just trading one man’s last name (your father’s) for another (your husband’s).

It took until 1975 for the Tennessee Supreme Court in Dunn v. Palermo to rule that a married woman did not have to use her husband’s surname to register to vote.

Interestingly, there was a time when last names were not even common.

Attorney Stephanie Reid in a column for Seattle Bride magazine writes, “… the matter of a wife taking a husband’s surname didn’t surface in English common law until the ninth century, when lawmakers began to consider the legalities surrounding personhood, families, and marriage. Thusly (as they would say), the doctrine of coverture emerged—and women were thereafter considered ‘one’ with their husbands and therefore required to assume the husband’s surname as their own. Under the concept of coverture, which literally means ‘covered by,’ women had no independent legal identity apart from their spouse. Actually, this ‘coverage’ began upon the birth of a female baby—who was given her father’s surname—and could only change upon the marriage of that female, at which point her name was automatically changed to that of her new husband. But coverture laws also prevented women from entering into contracts, engaging in litigation, participating in business, or exercising ownership over real estate or personal property. As succinctly stated by former Justice Abe Fortas of the United States Supreme Court in United States v. Yazell, ‘[c]overture… rests on the old common-law fiction that the husband and wife are one, [and] the one is the husband.’”

It wasn’t until 1974 that the Equal Credit Opportunity Act was passed in the U.S. Prior to this law financial institutions did not have to give women (married or single) credit cards in their name, let alone a loan.

The examples of our patriarchal society are endless. If there were only historical examples, that would be one thing. But they aren’t. That’s the problem.

Just last summer I overheard an acquaintance (another white male, not too much older than me) say something like he or someone on his court was “hitting like a girl.” It was anything but a compliment. I stopped the ball on my court to ask him if he would have said that if his wife (who is a 4.5 player) were on the court; or if he would say that if his daughters-in-law or granddaughters were in ear shot. He laughed it off.

It’s not something to laugh about. We girls/women don’t deserve to have our gender be verbally abused like that, to be dismissed, to be considered less. Stop it. Words matter, as do actions. The patriarchy needs to die. Now.