Tons of trash to pick up along waterways in Chico 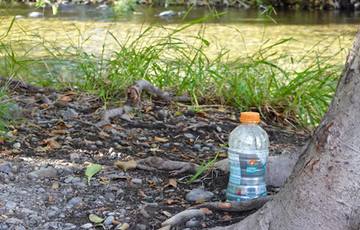 Thank you was the phrase of the day on Sunday.

It’s what I kept hearing as I passed walkers, joggers and cyclists in Upper Bidwell Park. This is because of the pail and garbage picker uppers I was carrying in an attempt to rid this Chico park of trash.

I was one of more than 500 volunteers who participated in last weekend’s 34th annual Great Sierra River Cleanup. Last year the Butte Environmental Council, which runs the local cleanup, made the event two days and continued that tradition this year. 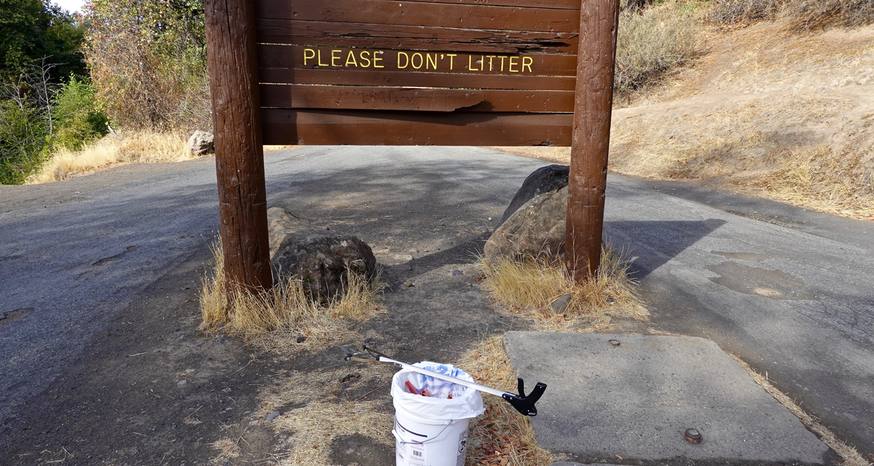 If more people picked up after themselves, there would be no need for cleanup days. (Image: Kathryn Reed)

The council in an email to participants said, “Without regular removal of man-made waste and debris, the water quality of local creeks, channels and streams would be greatly impacted. Local flora and fauna depend on riparian habitats for survival and lack of care for these corridors negatively affect their ability to thrive.”

It’s a double-edged sword taking part in something like this. I wanted to fill my bag, but at the same I didn’t. If I didn’t, that would mean the area was clean and people were respecting the outdoors.

Unfortunately, though, too many people are leaving way too much trash in their wake. 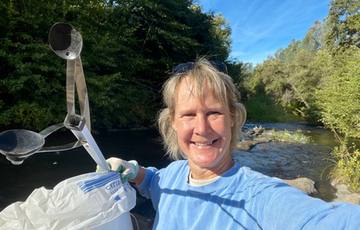 Kae picking up trash in Upper Bidwell Park on Sept. 19.

In 2020, participants in the Great Sierra River Cleanup removed 32,403 pounds of garbage. That’s 21.48 tons no longer strewn about the nearly 20 miles of creeks and Bidwell Park.

Most of what I picked up in the city park was beverage containers; some close to the creek, some along the trail. Fishing wire was just feet from the water. Near a cordoned off area from the June fire that burned more than 400 acres in the park was tape that had broken off keeping people out. It, too, went into my bucket even though I wasn’t near the creek.

While dumping my trash at the collection site at Hooker Oak Park, I saw multiple shopping carts and a lawn mower had been retrieved.

Big or small, people need to be more cognizant of not leaving trash behind anywhere.