Logic and government seldom go together. And when the agency is the DMV, well, things always seem to go haywire.

My driver’s license expired on my birthday this fall so I thought now would be a good time to get a Real ID. I tried and I failed.

I still have a regular license.

The Real ID is something the federal government is mandating everyone (not just Californians) have as of May 3, 2023, in order to fly domestically or enter certain federal buildings, like a courthouse. A passport will suffice at all locations if one does not have a Real ID. 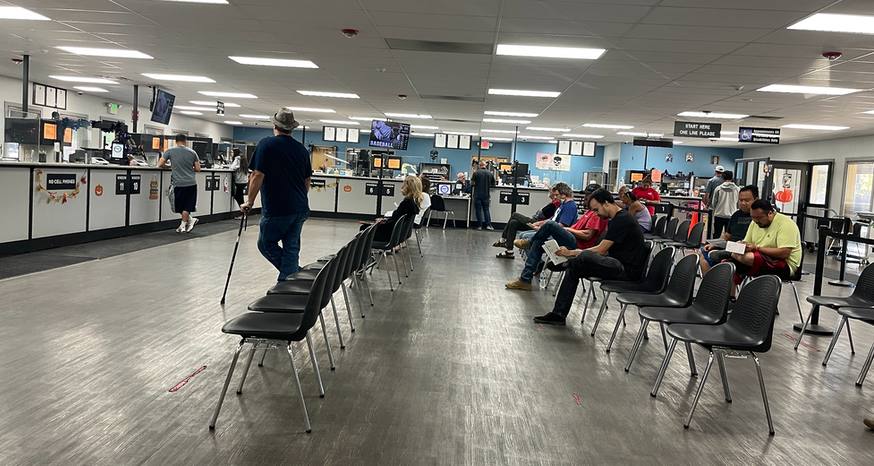 “Passed by Congress in 2005, the Real ID Act enacted the 9/11 Commission’s recommendation that the federal government ‘set standards for the issuance of sources of identification, such as driver’s licenses.’ The act established minimum security standards for state-issued driver’s licenses and identification cards and prohibits certain federal agencies from accepting for official purposes licenses and identification cards from states that do not meet these standards,” says the Department of Homeland security on its website.

In other words, it’s another layer of government from an agency that has only existed since November 2002. DHS came into being after the 2001 terrorist attacks in New York, Washington, D.C., and Pittsburgh. The agency is supposed to guard us against terrorism. Considering we seem to have more domestic terrorists than international ones, I question the purpose of this bureaucracy which this fiscal year has a budget of nearly $186 billion.

One more thing, first. The DHS answers a series of questions on its site. One is: Is DHS trying to build a national database with all of our information. The answer: “No. Real ID is a national set of standards, not a national identification card. Real ID does not create a federal database of driver license information. Each jurisdiction continues to issue its own unique license, maintains its own records, and controls who gets access to those records and under what circumstances. The purpose of Real ID is to make our identity documents more consistent and secure.”

Interesting wording on the question—is it trying to build a national database. It may not be trying to, but we know it is building a database.

I don’t really care because I don’t have much to hide—today. But little good comes from the government collecting more data on every single person.

OK, done with that digression.

I was told the PG&E bill should have both addresses. I explained the primary person on that bill is my housemate, aka my mom, and she doesn’t use my post office box. The woman said I could come in with that utility bill, my mom, and my birth certificate—and all of my other documentation. I said I would fly with my passport and skip the Real ID hoopla.

(An aside, the Chico DMV is great—clean, nice and friendly workers.)

The odd part about all of this is that in renewing my license I needed to change my address from Tahoe to Chico. I was able to get a regular license with my post office box on it no questions asked.

So, why can’t my license and passport be enough to get a Real ID? Ask the government, they make the rules.