Wall between U.S.-Mexico an inhumane barrier started by Clinton 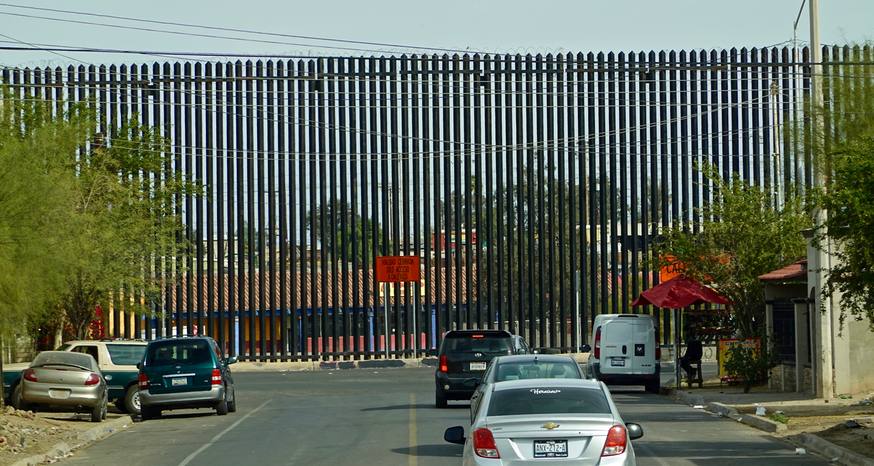 The border wall is imposing as one drives to the crossing in Mexicali, Mexico. (Image: Kathryn Reed)

Sitting for a couple hours at the Mexico-U.S. border it’s hard not to think about the imposing wall. Having the “right” passport got me to the States without a problem. But for many others, well, that wall must conjure up so many emotions.

Do those on the south side see a wall that represents hatred or opportunity? Do they see a barrier or an invitation? Do they believe it is necessary? Are they content to be on their side? Do they even notice it? 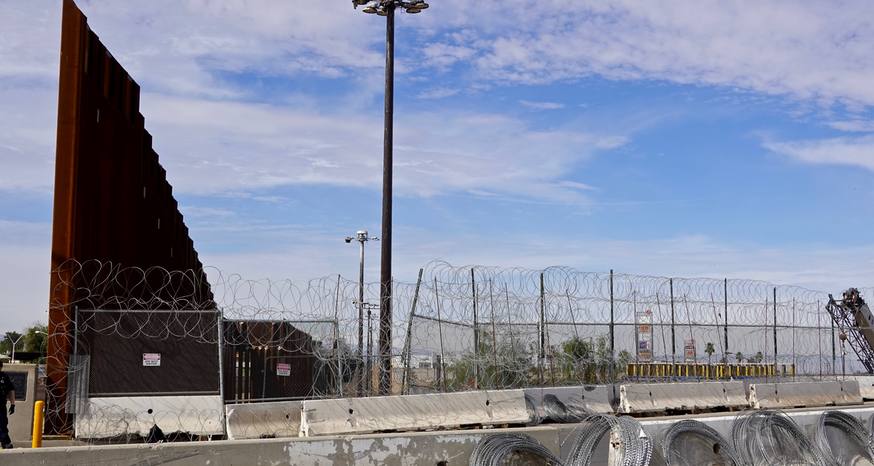 The southern U.S. border is just more than 1,954 miles, with the Rio Grande making a natural barrier for a significant portion. California, Arizona, New Mexico and Texas are the states bordering Mexico. About 1,300 miles does not have a fence. Much of the 654 miles of wall was in place before the last president took office.

While Donald Trump made the border with Mexico a campaign issue and touted the building of miles of wall while he was in office, only 47 miles of new primary fencing were erected during his presidency. 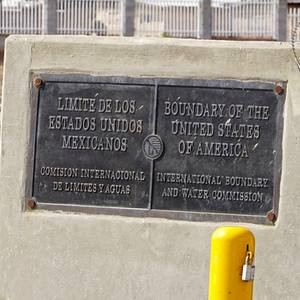 A marker at the U.S. border in Calexico, Calif. (Image: Kathryn Reed)

It was Bill Clinton who as president in 1993 mandated the initial 13-mile wall between San Diego and Tijuana be erected. (Other, less permanent structures had been built in the 1800s in various border towns by both federal governments.)

Border issues, though, didn’t make significant headlines until after the 9/11 attacks in 2001. This, despite the fact the attack had nothing to do with that border or immigrants from Mexico or any Latin American country.

In 2006, President George W. Bush signed the Secure Fences Act, which was to create a 700-mile barrier between the U.S. and Mexico. Five years later, the Department of Homeland Security had blockaded 649 miles; 350 miles were pedestrian fencing and 299 miles were vehicle barriers. This came under the purview of Bush and Barack Obama.

Some areas, like what one sees at the Mexicali-Calexico (Mexico/U.S.) border towns is steel beams more than 30 feet high. At the wall in Tecate plenty of graffiti is painted, giving people pause as they wait to go north. Other locations the fencing is less imposing and restrictive.

Before the pandemic hit there were tours of the border and wall prototypes available out of San Diego. 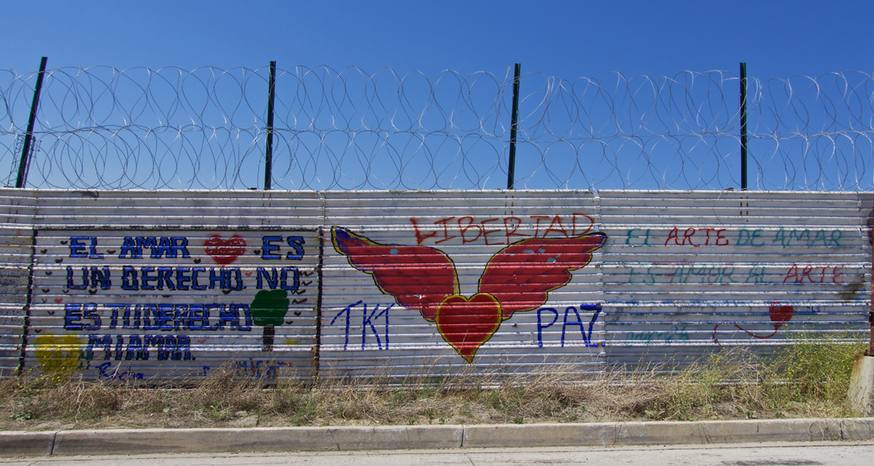 Graffiti on a section of the wall in Tecate. (Image: Kathryn Reed)

One thing the current U.S. president did on his first day in office was to suspend further construction of the border wall.

On April 7, White House press secretary Jen Psaki said,  “We don’t believe the wall is an answer. We’ve never believed the wall is an answer to addressing the challenges, the immigration challenges at the border. That’s why we’re proposing investments in smart security at the border, why we’re driving what we see as 21st century solutions for border management, and why we believe we should build a functioning immigration system.”

Walls or barriers of any kind are not the solution to people immigrating to the United States. They are not changing why people are seeking entry into the United States. It is not dealing with the horrid conditions in the countries they are leaving. The wall merely forces people to embark on horrific and often deadly paths to cross the border. There must be a more humane way to help our fellow human beings seek a better life.