June 17 marked the 50th anniversary of the Watergate break-in, which eventually led to the impeachment and resignation of President Richard Nixon more than two years later on Aug. 9, 1974.

Bob Woodward and Carl Bernstein, reporters for the Washington Post, broke the story and continue to be part of it this many years later. For those who have no idea who these men are or what Watergate is I suggest reading All the President’s Men or watching the movie by the same name. 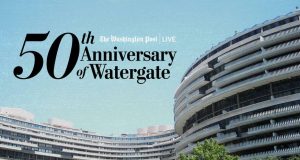 On the anniversary the two men were part of a Washington Post Live segment—talking about how they got the story, the challenges, and compared that moment in history to the Jan. 6, 2021, insurrection and President Donald Trump’s role in it.

As a journalist, I was interested in how the two reporters worked together, with their editors and sources. Bernstein talked about how he learned at a previous paper that knocking on doors at night is most productive. People don’t want to talk at work. But they will at home or somewhere else. Too many eyes and ears at work. And there just might not be the time to talk to a reporter; especially when it is a controversial topic.

“One of the most important things a reporter or editor decides is what is news. That is a question we asked each other every day,” Bernstein said.

I loved the story of how a subpoena server was downstairs attempting to get their notes. The guard was told to keep him there and not let him into the newsroom. Word came back from Publisher Katharine Graham that the notes belonged to her and that if anyone was going to go to jail it would be her.

Graham was a force to be reckoned with. No subpoena was issued for “her notes.”

Nixon won re-election in 1972 by a landslide. The public didn’t understand the significance of Watergate at the time. All the pieces had not come to light yet.

“That’s somebody who can’t let go of his grievances.”

Bernstein said the real heroes of Watergate were the Republicans who held Nixon accountable.

There were televised congressional hearings then much like there are ones going on now regarding last year’s attempted coup.

Bernstein described the Jan. 6, 2021, storming of the Capitol with the intent to alter the results of the election at Trump’s urging as “the most important story perhaps since Watergate.” He stressed how important it is for reporters to keep covering the story, even when so much of the country doesn’t believe the truth.