Working on becoming less of a white supremacist 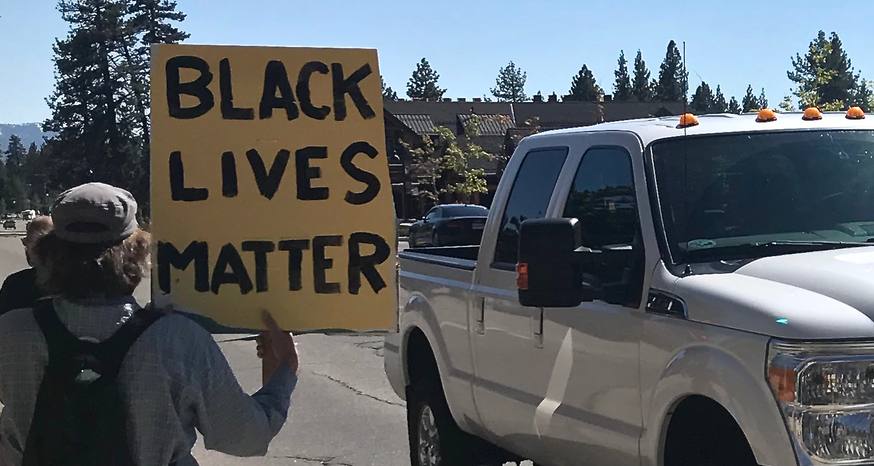 I am working on being less of a racist and understanding better how my white privilege impacts my decisions and behavior in negative, potentially hurtful ways to others.

I’m a firm believer that all lives cannot matter until Black Lives Matter. I haven’t had that many people who weren’t white in my life. I grew up in a neighbor that was 99.9 percent white. I could probably count on both hands the people of color I went to school with in K-12. At San Francisco State University I was in the minority, but my circle of friends was not diverse. It’s still not.

I’m trying to become a better me by becoming better educated. I’m reading, listening and watching to become more aware. Last week I listened to some of the weeklong Aspen Ideas Festival. Some of the speakers touched on the racial turmoil of today and the roots of it. I’m also listening to the “1619” podcast project from New York Times Magazine. I’ve participated in one small Black Lives Matter protest in Stateline, Nevada.

Movies I’ve watched in the last few weeks include:

Some are more intellectually stimulating than others; still, I learned something from each one. These were on either Amazon Prime or Netflix. I recommend them all. 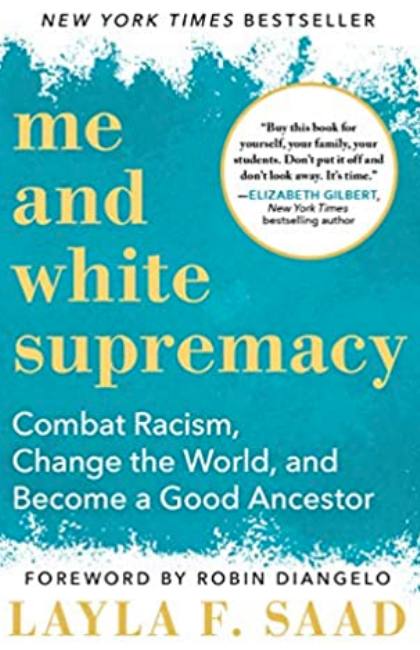 I recently finished the book “Me and White Supremacy: Combat racism, change the world, and become a good ancestor” (Sourcebooks, 2020) by Layla F. Saad. My friend’s book club read this and has been discussing it over the course of several weeks. The book is divided into four week segments, with questions to answer at the end of each day. The book club opted to take one week at a time. The discussions have brought the topic to a deeper level than I achieved reading the book on my own.

Until reading this book I thought being color blind was a good thing. I now know that is a fallacy. Saad writes, “The promise of the Church of Color Blindness is that if we stop seeing race, then racism goes away. That racism will go away not through awakening consciousness of privilege and racial harm, not through systemic and institutional change, not through addressing unbalances in power, not through making amends for historical and current-day harm, but instead by simply acting as if the social construct of race has no actual consequences—both for those with white privilege and those without it.”

One chapter talked about anti-blackness against Black women. Guilty as charged. During the height of the #MeToo movement I remember reading stories about how Black women wanted racism to be part of the story and they were pushed down in favor of promoting the women part of the fight. I agreed at the time. Now I know better. I can leave my skin color at the door because it’s not a reason I’m discriminated against in most parts of the world. I don’t think about my skin color. That’s white privilege. Black women are discriminated against for being Black and a woman. They probably never stop thinking about their skin color because of us—what we say and do, or don’t say or don’t do. Saad said, “(Misogynoir) is a term that describes the place where anti-Black racism and sexism meet, resulting in Black women facing oppression and marginalization under two systems of oppression—white supremacy and patriarchy.”

This book made me think. I didn’t agree with everything. Seldom do I with books like this. By like this I mean a self-help book. I don’t know if Saad would categorize her book as such, but it is my definition.

Another issue that came up for me in the book is that Saad capitalized the B in Black and lowercased the w in white. It bothered me, like the author was trying to needle her readers. (The author is Black and the intended audience is white.) This wouldn’t be the only time I was made uncomfortable reading the book; which in part was the author’s intent. Since reading the book the Associated Press, the manual I go buy as a journalist for most writing, has changed its policy so the B in Black is uppercase. This New York Times article delves deeper into the capitalization issue.

On Day 2 of the Aspen Ideas Festival William McRaven, a retired four-star naval admiral and former chancellor of the University of Texas system, was interviewed. He was asked about what he is concerned about today. Quality K-12 education was his response. Those youngsters are our future and if they are not well-educated, and critical thinkers we are all going to be the worse off, he said.

This made me reflect on my book club that has several educators in it. In one session it was revealed that history books throughout the United States may all have the same cover, but the publisher has provided different content for various states. This is so incredibly alarming. Thinking about the discrepancies makes me shudder.

I can’t imagine what it would be like to grow up not seeing people who looked like me on TV, in the movies, as characters in books. What about real life role models? It makes a difference. I know this as a woman.

It was in 1962 that Crayola changed the “flesh” color to “peach.” However, I remember “flesh” as a crayon choice and I wasn’t alive in 1962. There are so many colors that flesh represents they could fill a 64-Crayola pack. To have ever thought there is only one color representing flesh is beyond wrong. The problem is that still to this day there are so many that think one skin color is better than another. Even a simple biology lesson won’t convince them we are all equal. I don’t know what will. What I know is BIPOC (Black, indigenous and people of color) have been marginalized for too long.

I don’t know why the recent string of Black deaths at the hands of white people, some law enforcement, some not, has me more aware, more caring, more desirous of change. All I can say is that it’s long overdue. It’s time for me to lose some of my privilege to help create equality.