2-Wheel fun an option for seeing more of Todos Santos 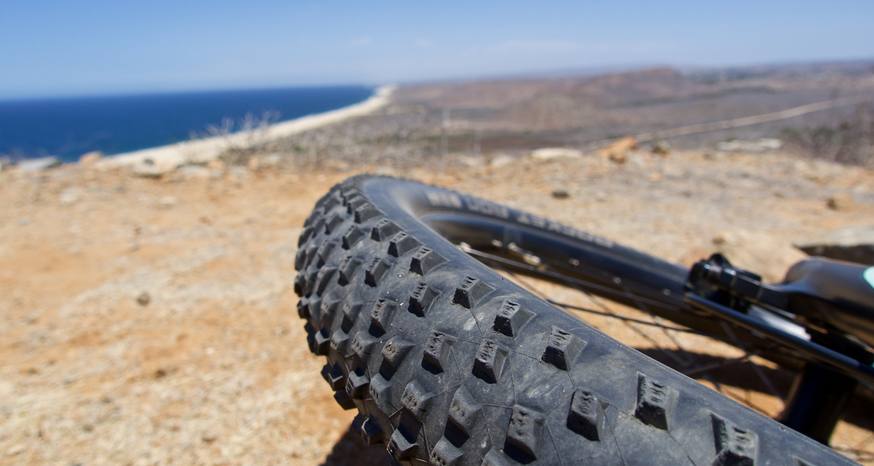 Size matters, at least when it comes to tires and the terrain they will be used on.

Looking at what the proprietor of Over the Edge bike shop in Todos Santos wanted me to ride I thought he might be thinking he was in the South Lake Tahoe, California, shop and that it was mid-winter. Those tires were way bigger than what I have on my mountain bike (that didn’t make the trip to Baja), but weren’t quite as big as the tires I had for riding in the snow in Sun Valley, Idaho.

Sand – and not just on the beaches – is what the trails in the greater Todos Santos area are known for. Big tires help riders plow through the soft stuff without needing to dismount.

They were awesome. In the past, my tires stopped me in my tracks. Not these 2.8 inch babies. It was slow, but manageable. Slowness was really the rider, not the bike. 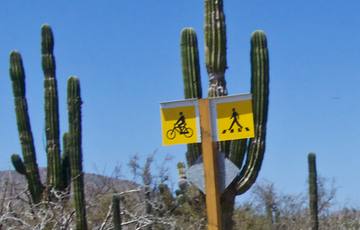 If only the signage were this good on all the trails in the Todos Santos area. (Image: Kathryn Reed)

This was the first time I had been on a bike in Baja. It made me miss two-wheel adventures. This Trek Roscoe for women is something I would buy if I knew I would be here indefinitely.

Bikes at Over the Edge are available for rent, with guided adventures another option. (Daily rates are 850 pesos, or $45 U.S.) This fifth Over the Edge shop opened in December 2017. It seems rare that owner Dave Thompson isn’t in the shop. Still, he is out on the trails plenty, and even heads up a youth racing team. He is a wealth of information about cycling, local trails and equipment.

Since I know the area to a certain extent I opted to be Sue’s guide for the afternoon. Thompson recommended going to the old port. This was perfect because it’s a view I wanted Sue to see, but was hesitant to walk/hike since I had been there the week before. Cycling would give the whole experience a different perspective.

Leaving the shop, we rode through town to get to the recreation path near Jazamango restaurant. That’s where the dirt begins. 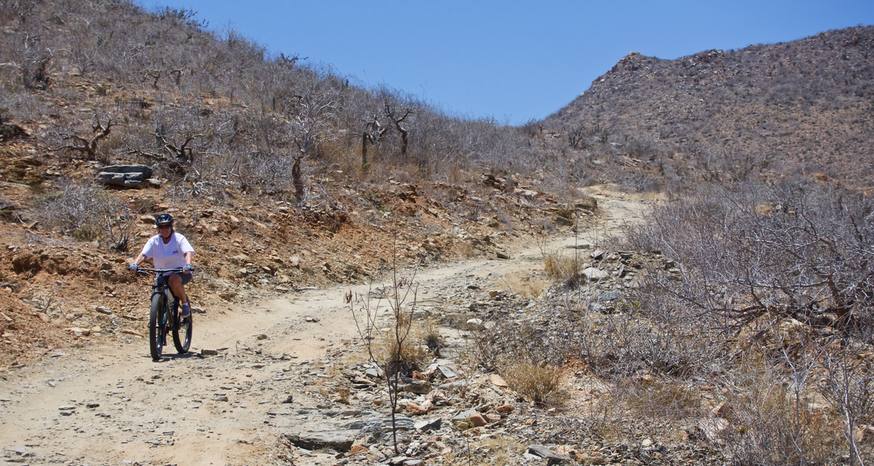 Sue cruises down the road from the old port. (Image: Kathryn Reed)

The hardpack dirt has various cacti on either side, and the Sierra de la Laguna mountains as a focal point. Nothing technical. After all, this is also a walking route to get to the beach. It is a slight descent, which of course meant having to pedal uphill near the end of the nearly 10-mile excursion.

Crossing the highway was no big deal in either direction.

On the other side headed toward the Pacific Ocean the trail is essentially flat, more cacti, and some of that soft, sandy dirt. Just keep pedaling; those tires will take care of the rest.

Unfortunately, signage ends at the hotel at the coast. I knew where to zig left to begin the ascent to get to the overlook of the old port. While the route is not as smooth as the actual trail we had been on, there is nothing too jarring about this next segment. It was just a little steeper than I would have liked.

The views, though, well – totally worthwhile. White sandy beaches, mixed with rugged rocky cliffs, inlets that look inviting if we were to pedal forward. 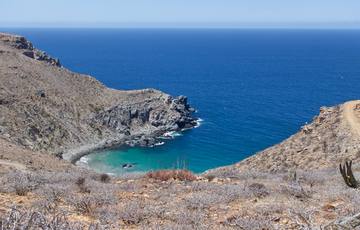 Actually riding down to the old port was not on that day’s agenda. (Image: Kathryn Reed)

We tried a couple off shoot trails, but decided they were beyond our desire and capabilities.

We turned around, enjoying the decline we had just ridden up. It seemed a bit trickier with some speed, but certainly manageable.

Back to the shop we went after a couple hours on the bikes.

I may have to get one of these bikes no matter how long I stay. What a fun way to explore. I had forgotten I really do like to be on a bike. And there are so many dirt trails and roads here that I could be pedaling for years and not see the same thing twice.