A little oasis of redwoods thrives outside normal home 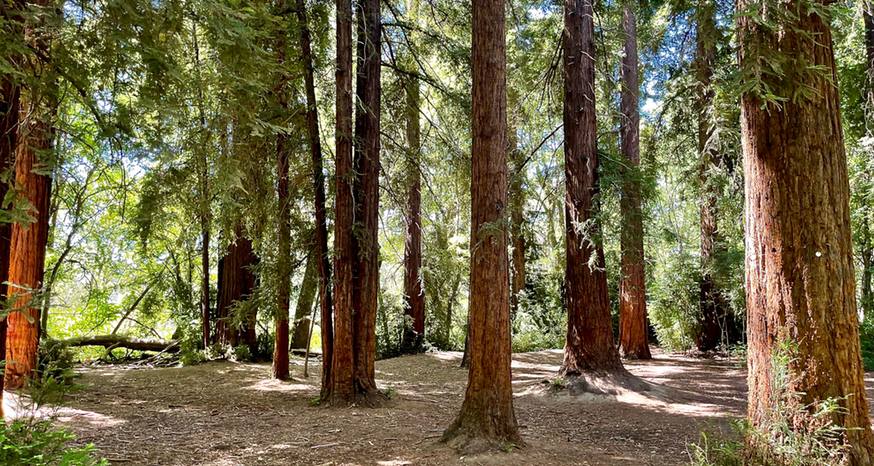 A redwood grove in Chico’s Bidwell Park is a peaceful place to meander. (Image: Kathryn Reed)

A Redwood grove someplace other than the coast? My eyes had to be deceiving me.

But they weren’t. There are two redwood groves in Bidwell Park in Chico. One is accessed via the Chico Creek Nature Center and the other off Peterson Memorial Way.

“These giants can live to be 2,000 years old and have graced the planet for more than 240 million years. Though they once thrived throughout much of the Northern Hemisphere, today redwoods are only found on the coast from central California through southern Oregon. They do not live more than 50 miles inland, and are usually found in long belts, rather than small groves,” LiveScience reports. “They even ‘create’ their own rain by trapping fog in their lofty branches. With the right amount of moisture, redwoods can grow 2 or 3 feet in a year, making them one of the fastest-growing conifers in the world.”

Chico, though is about 150 miles from the Pacific Ocean and doesn’t get a ton of rain. So, how do redwoods survive in the Central Valley?

They get a lot of help from humans. In other words, these trees have to be watered “unnaturally”—otherwise they would never survive the multiple 100-plus degree days Chico endures each summer. 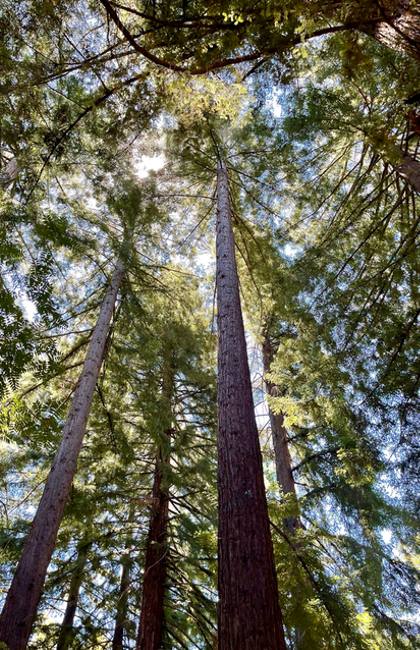 They can’t survive inland without being watered. This has a lot to do with their shallow root system. Deeper roots would be able to hold water and perhaps tap into the aquifer.

The other grove was at one time given water by a caretaker who found it his personal mission to keep the trees alive. The Chico Enterprise Record wrote about this gentleman several years ago.

According to the Chico News & Review newspaper, the redwoods were planted by pioneer John Bidwell, for whom the park is named.

It’s not unusual for a redwood to be more than 350 feet tall and be 27 feet wide. They are magnificent creatures that should be revered and not turned into decks, fences or furniture.

Whoever continues to be responsible for allowing them to thrive in Chico outside their normal coastal environment, thank you. Whether it’s a good use of water during a drought, well, I’ll take shorter and fewer showers—give my share of water to the trees. They are too magical not to save. I hope people know how special this is to have these trees here.