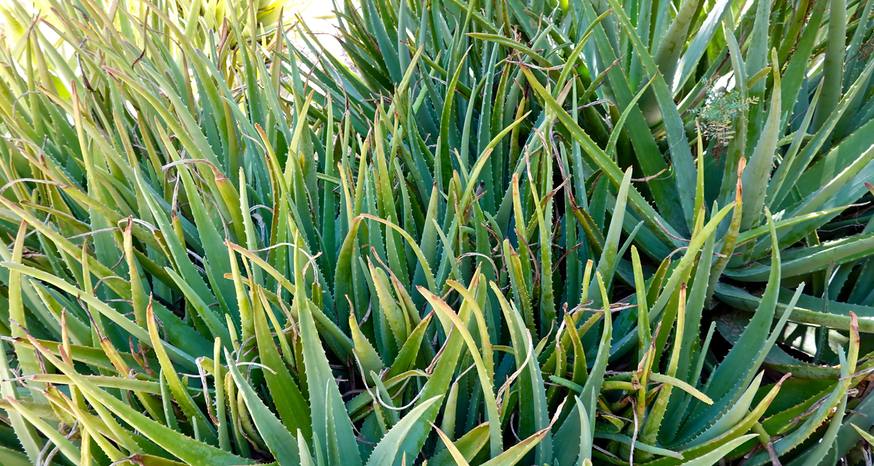 Aloe plants, while not native to Mexico, grow well in the desert climate. (Image: Kathryn Reed)

While aloe vera is a go-to remedy for sunburn, the more than 500 species of this plant have other uses as well.

Aloe is used in pharmaceuticals, cosmetics and foods.

Even though the spines are usually thorny, it is easy to cut one off to harvest. They feel rubbery. Squeeze hard and the gel comes out in a thick, syrupy form. This can be applied directly to a burn, though don’t be surprised if your skin turns purplish. It washes off without the discoloration remaining. This discoloration isn’t likely to occur with store bought products with aloe in it. 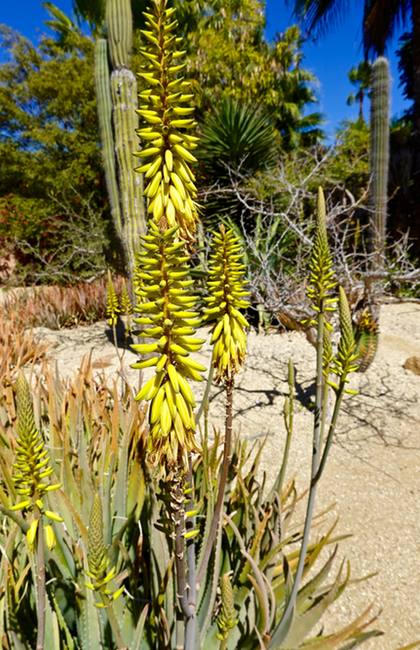 Be sure to keep the serum away from pets because it can be lethal if swallowed.

Human consumption of aloe, though, is possible in different forms.

According to Healthline, “Aloe vera gel has a clean, refreshing taste and can be added to a variety of recipes, including smoothies and salsas. The aloe vera skin is generally safe to eat. It has a mild flavor and a crunchy texture, perfect for adding variety to your summer salads. Alternatively, the skin can be enjoyed by dipping it in salsa or humus.” 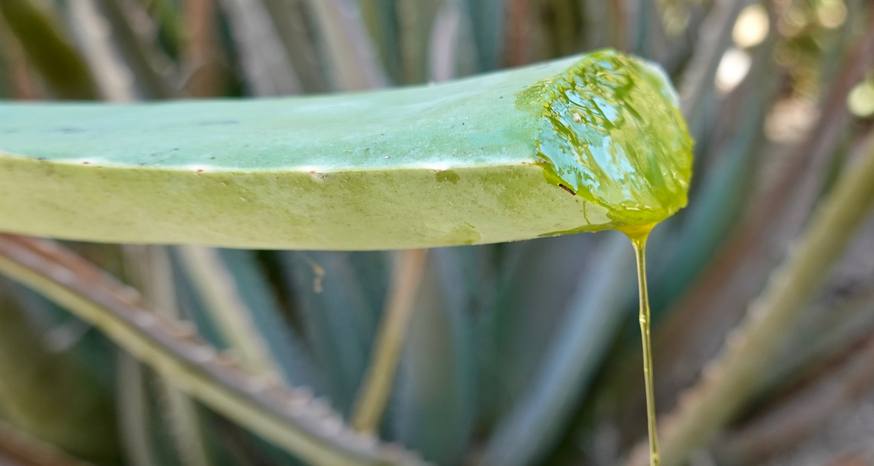 Gel can easily be squeezed from the aloe plant for personal use. (Image: Kathryn Reed)

I’m not ready to try aloe as an edible, at least not directly from the plant, even though plenty of data shows it can help with digestion and other issues. And certainly don’t eat the gels found in stores that are designed to help with burns. Those will most likely have additives that could be harmful if swallowed. Only consume products that are designed for that purpose.

Aloe is found throughout the Baja peninsula, though the plant is not native to this desert. Those in the know say it originated in Arabia, Somalia or Sudan.

As a succulent, aloe vera needs very little water. But it does need to be pollinated to bloom. That is why those kept as a house plant year-round are not going to flower.