Birds easier to hear than see in the wild 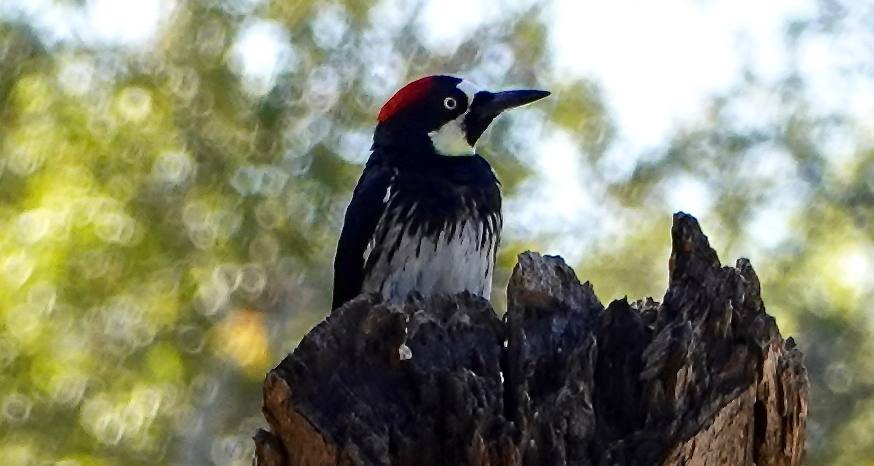 A woodpecker takes a break from ferreting out insects from the log. (Image: Kathryn Reed)

At times we were surrounded by all this noise, but we could not see the culprits. It was as though they were mocking us.

Some of it was lyrical, at times it was chirping, and then there was the squawking.

It was like a game of hide-and-seek. I wanted to shout “olly, olly oxen free” for them to come out and reveal themselves. If only birding were that easy. Instead, it’s a lot of waiting, listening, and finally excitement when seeing a feathered friend fly or rest on a branch without visual obstruction. 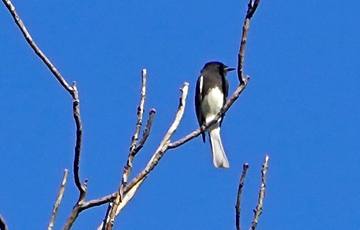 Few birds made themselves so visible. (Image: Kathryn Reed)

Before they even came into sight we had our weapons of choice—camera, binoculars, bare eyes—ready to document their existence.

With my friend, Darla, in town for a long weekend, we hit a couple nearby places that were recommended for seeing a variety of birds. This is an activity she is just getting into, so the birds listed below that we saw come with the caveat that she is a self-described “below beginner level birder” and I’m not a birder of any kind.

Because she is from Central Oregon we were able to check off some birds she had not recorded before. Others, like the scrub jay, quail and turkey vultures, were species she had seen long before she started getting interested in this activity.

Some of the other birds we are pretty sure we saw include the Western wood pewee, acorn woodpecker, dark-eyed junco, bushtit, and oak titmouse.

There were others, but their shape, coloring and any unique characteristic were not distinguishable enough for her decipher. I was of little help in this whole identifying ritual. When they don’t sit long or are camouflaged by leaves and tree limbs, it’s hard to get a definitive read on the animal.

With nearly 10,000 bird species in the world, it could take a lifetime to track them all down.

Plenty of people bird every day. Then there are the events where people count them. 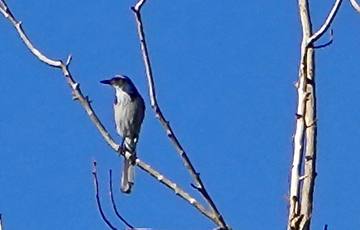 Chico is home to a number of bird species; and is also on the Pacific Flyway. (Image: Kathryn Reed)

One of the biggest bird counts is the annual Christmas event put on by the National Audubon Society from Dec. 14-Jan 5. This year marks the 122nd year.

The Audubon website says, “The data collected by observers over the past century allow Audubon researchers, conservation biologists, wildlife agencies and other interested individuals to study the long-term health and status of bird populations across North America. When combined with other surveys such as the Breeding Bird Survey, it provides a picture of how the continent’s bird populations have changed in time and space over the past hundred years. The long term perspective is vital for conservationists. It informs strategies to protect birds and their habitat, and helps identify environmental issues with implications for people as well.”

This is a count I’ve participated in on the fringes as a journalist. It really is amazing to see species of birds you might otherwise not notice were nearby. And to view them with specialty equipment is a treat. These birders, well, they, too, are an interesting breed.