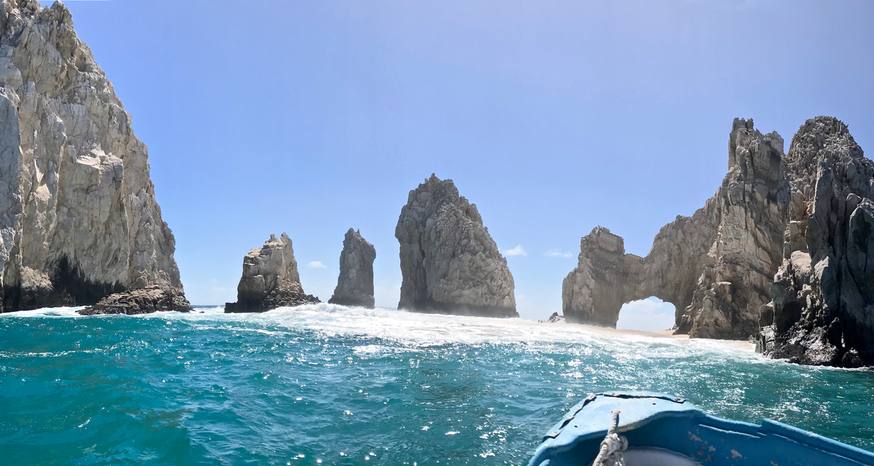 While much of Cabo San Lucas is now a manufactured party scene for tourists, one thing that remains authentic is The Arch, or El Arco.

The 200-foot-tall granite wonder is the iconic symbol of Cabo. It’s worth seeing up close. It marks where the Sea of Cortez and Pacific Ocean meet. Erosion from the pounding surf is what created this natural passageway. 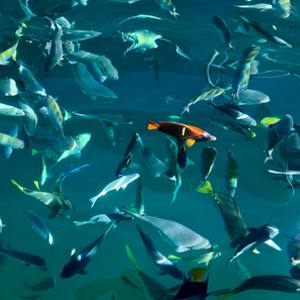 Fish are coaxed to the surface with bits of tortilla. (Image: Kathryn Reed)

Sea lions bark a welcome as each panga maneuvers to get the best view. These old fishing boats now haul tourists to the various beaches around Cabo San Lucas as well as out to The Arch. 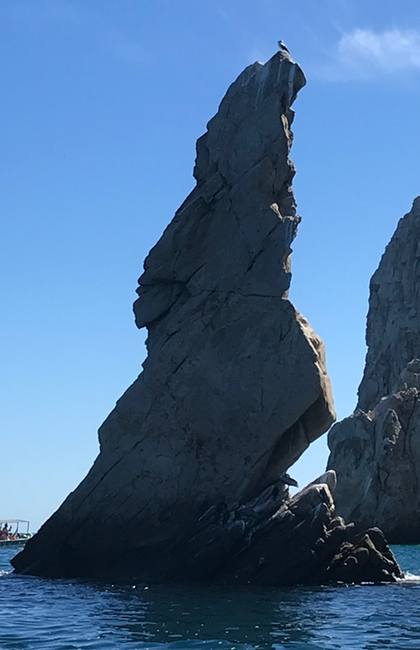 It’s not quite the end of the world, but this rock conglomeration at the tip of Baja California is known as Land’s End for good reason. If one were to sail straight from there, the next parcel of land would be the South Pole.

Every four to five years the sand under The Arch is visible, with people able to walk through it. Fall 2018 was one of those times. This phenomenon usually only lasts a couple weeks. Ocean currents bring the sand in and out. 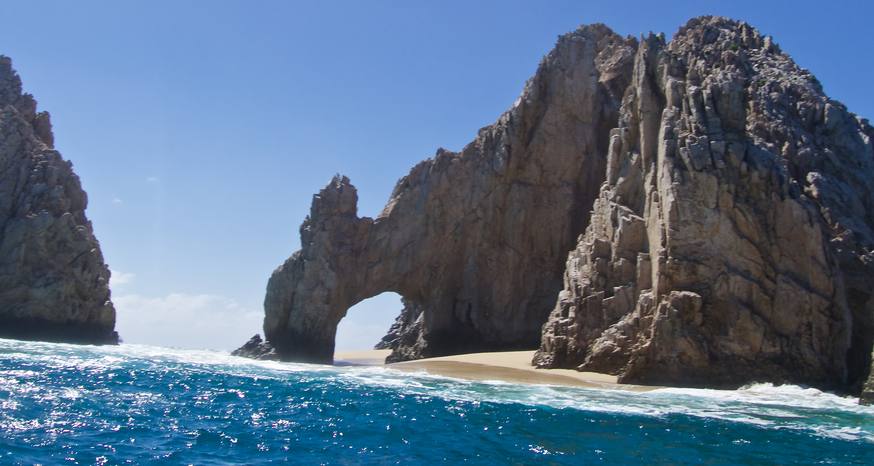 The ability to walk through the arch only occurs every few years, with October 2018 being the last time. (Image: Kathryn Reed)

Boat operators would drop off people on this strip of sand as they do the other beaches in the area. One captain relayed the story of a death occurring there last fall so the government prevented boats from unloading anymore passengers.

Each boat driver has a little different version about how the various beaches and rock formations got their names. Lover’s Beach is on the calmer Sea of Cortez side, while Divorce Beach is adjacent, but on the much more turbulent Pacific. While it’s officially called Neptune’s Finger, what most people see is an upside down Baja California. To the left of The Arch is a sea lion colony, with the rock called the Rookery. 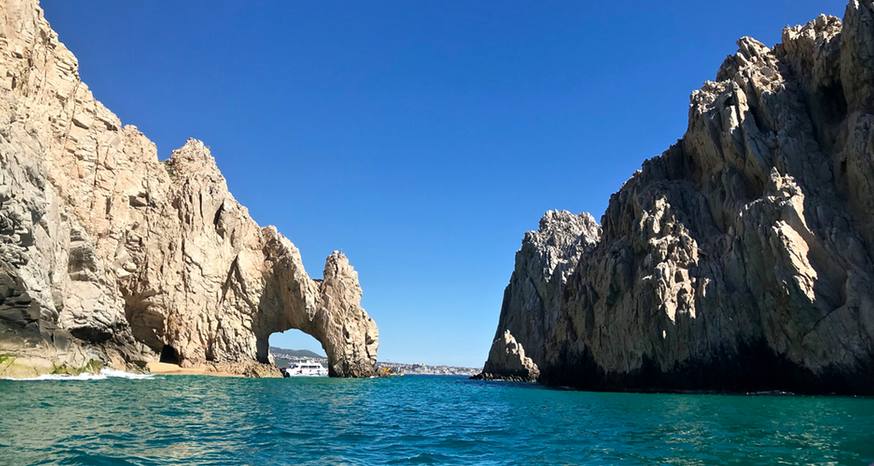 When the water is calm enough, the boats go to the Pacific Ocean to see the arch from that side. (Image: Kathryn Reed)

This entire coastal area is worth the boat ride from the Cabo marina. Plenty of operators will take people where they want to go, whether it’s to The Arch or one of the beaches. Swimming, sunning and snorkeling are all possibilities. Definitely negotiate the price. I’ve never paid more than $12 a person for The Arch tour, with an additional $1 dock fee per person. Whale watching excursions also go by The Arch.