California Poppies Are For Picking–Kind Of 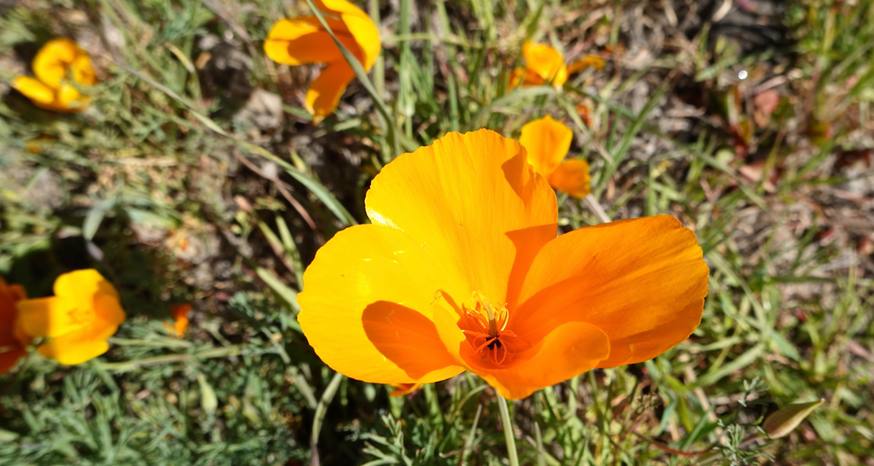 The poppy has been the California state flower since 1903. (Image: Kathryn Reed)

Each spring in California (and other parts of the West Coast) poppies are prolific, decorating hillsides, private gardens, and public spaces.

In 1903, the poppy was named the state flower. Somewhere along the way the notion of picking them was associated with committing a crime. This is actually a myth, a fallacy, an untruth—a lie.

Go ahead and pick that poppy, just make sure you don’t pluck them from someone’s yard. That might constitute trespassing or petty theft or both.

However, it’s probably better just to enjoy these flowers wherever you see them in the ground because they wilt quickly. Petals often fall off before they can be put in a vase. 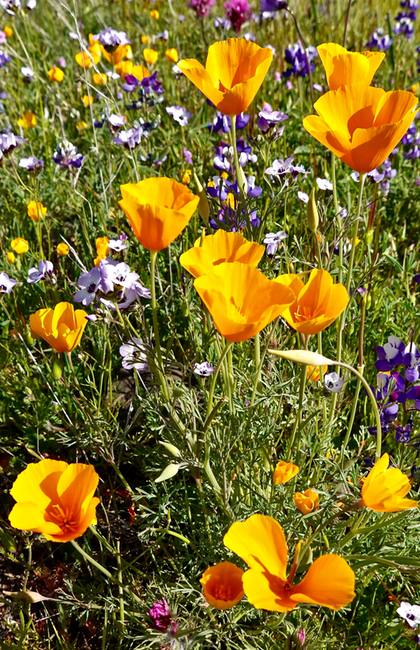 Poppies, which can be a foot tall, are one of California’s most prolific wildflowers. (Image: Kathryn Reed)

While most people associate the California poppy with the bright orange that is so pervasive, there are several species of poppies. They also come in yellow, red, pink, white and salmon colors.

One reason they seem to grow wild everywhere is that the California poppy does not require rich soil, which means it can grow just about anywhere. However, it’s more likely to find poppies where they get direct sun. These wildflowers like the sun so much that at night they close up. Same thing happens on cloudy days.