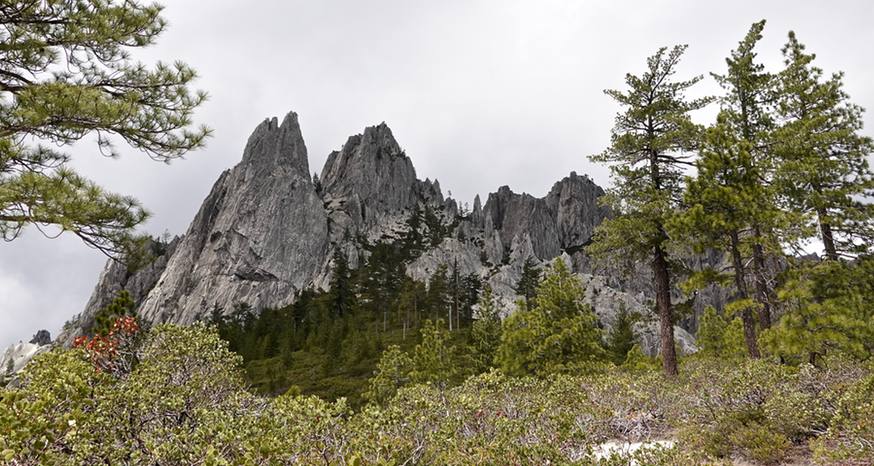 One does not have to hike or climb Castle Crags to be impressed by this rock formation that towers above Interstate 5 north of Redding at more than 6,500 feet.

But for those who don’t just drive by, you will be even more awed by the views.

While sometimes natural formations are best viewed from a distance, that is not so with Castle Crags—though it is dazzling from afar. These granite spires are captivating from so many points along the trail.

The last Saturday of April was my second time to hike the trail. The first was in November 2009, so it had been a while. 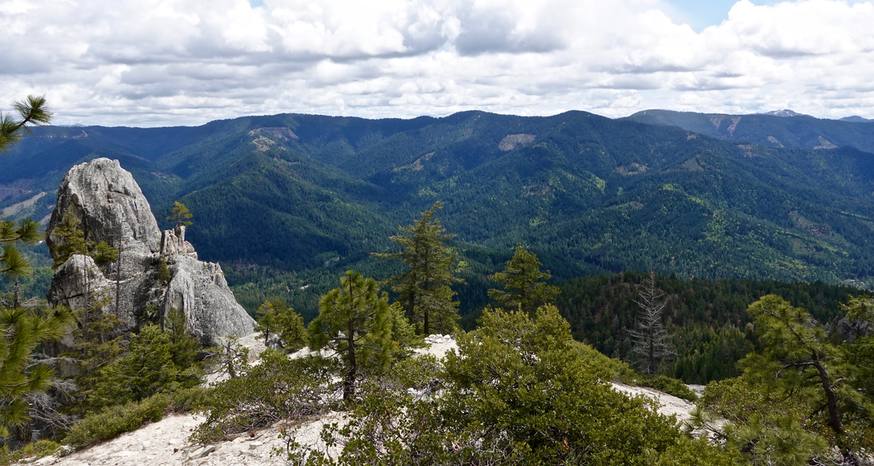 Views are scenic from nearly every step of the trail. (Image: Kathryn Reed)

This time we started at the vista point parking lot, thus avoiding unnecessary mileage from the ranger station. We started on the Root Creek Trail and then got onto the Crags Trail. The group of six hikers were part of the Chico Oroville Outdoor Adventures group.

Looking at the pictures from my first excursion there were some differences in the terrain, which has me scratching my head. Was I on the exact same trail? Has the trail been improved in the last nearly 13 years?

In a 2009 photo there is a distinct metal railing. No railings existed this spring. While there is a narrow section, it would not have made things better with a railing—and this from a person who has some height issues.

What I’m wondering is if on the first hike the four of us ignored the “trail ends” sign and kept going. Or maybe the sign is new and we didn’t know better.

Kristin, who was leading the recent hike, said we could have gone farther, to ascend a bit of Castle Dome (4,996 feet) like her group had done a few days earlier. None of us wanted to. Now I wish I had to see if that might have been where I was the first time.

We took our time getting to the base of Castle Dome; stopping to enjoy the handful of wildflowers along the trail and trying to appreciate the bird calls that a fellow hiker was attuned to. At this pace it made the elevation gain not seem that difficult.

When it’s not cloudy, the 14,179-foot Mount Shasta makes her presence known. While this majestic mountain is 30 miles north, it doesn’t seem that far away from the trail. Shasta was never completely visible on either of my hikes at the Crags. Still, you knew she was there and you could sense her grandeur.

Then there are the monoliths that climbers were aspiring to tame. According to thecrag.com there are 116 routes for rock climbers. Some were being scaled when we were there.

By definition a crag is “a steep or rugged cliff or rock face.” The castle part of this particular formation is derived from how many granite spires there are; some would say they are castle-like. 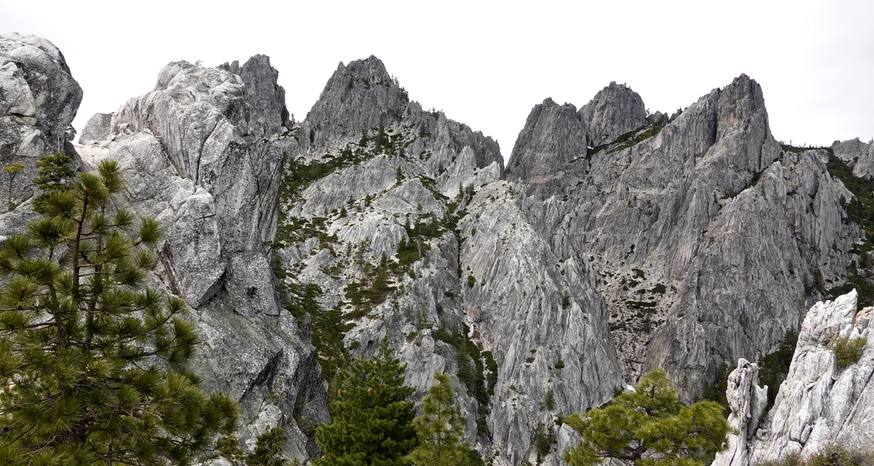 This was the backdrop to our lunch spot, which was near the “trail end” marker. (Image: Kathryn Reed)

Spring has sprung. Sad, though, that a dry January