Castle Rock a gem of a short hike on South Shore 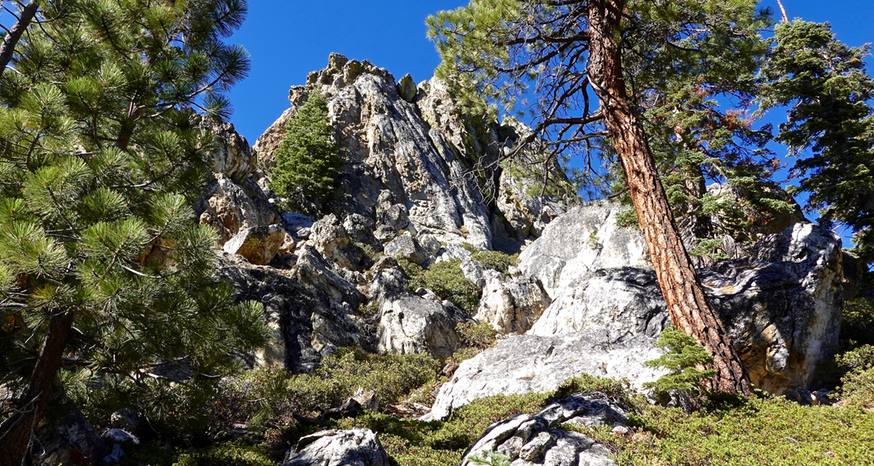 One of the great things about hiking in the Lake Tahoe area is that even short excursions can have big views and make you feel like you were out in the wilderness without clocking double-digit mileage.

Such is the case with the climb to Castle Rock on the South Shore. With the starting point near the top of Kingsbury Grade, much of the elevation is gained by driving. The rocks resemble a crown from a distance, a great distance for my imagination. Up close it’s an impressive mass of granite.

Rosemary and I did a loop in mid-October that was three miles, but would have been shorter by about a half mile if we had done an out-and-back. Signage has improved through the years, which makes getting to the rock formation easier. 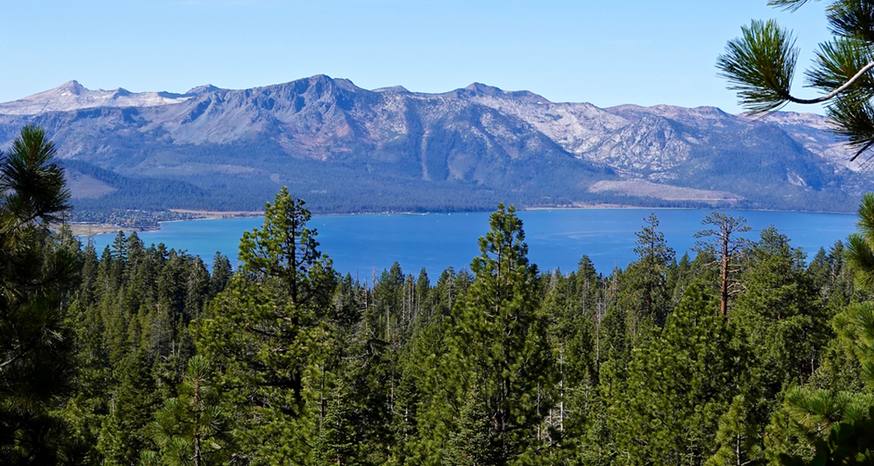 Views of Lake Tahoe along the trail to Castle Rock in Stateline. (Image: Kathryn Reed)

When we were there it was not possible to climb to the top of Castle Rock because falcons were nesting. Signs warned people not to go to the top. “If you see a raptor diving or hear loud bird calls, you may be too close to the nest,” the warning read. The sign was to be removed when the nesting period was over; no specific date was given.

The falcon warning was at the point people decide if they are going toward the vista trail or climbing routes. It’s possible to get views of the lake without climbing to the top of the rock formation. The lake and some of the runs at Heavenly Mountain Resort come are visible before this sign.

With the parking lot being the Kingsbury North Trailhead of the Tahoe Rim Trail, there are several other hiking options in this area.

While dogs are allowed, I would not bring a four-legged one to Castle Rock because even without climbing to the top you might want to scramble around a bit on the lower area. This isn’t going to a good idea for every pooch.