Climbing out of the desert and into the mountains 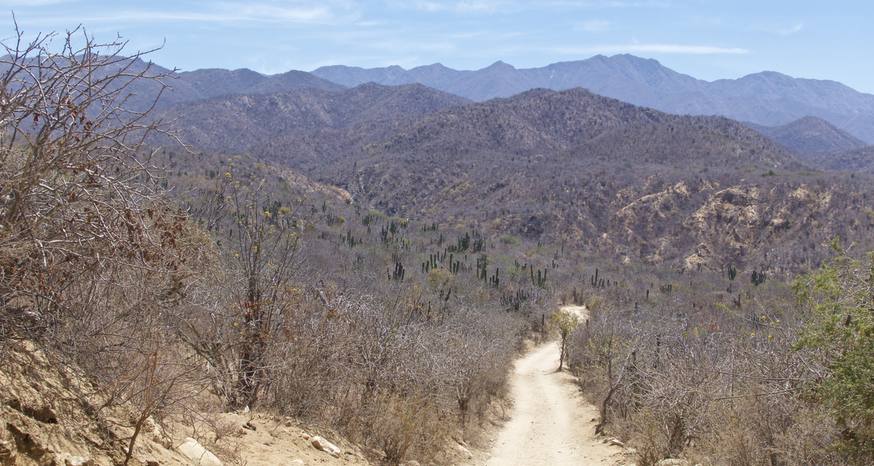 Mountain desert hiking. It seems like a contradiction, but it’s exactly what the Sierra de la Laguna is.

This mountain range has the only pine-oak forest in Baja California Sur, which is at the higher elevations. The trail we were on started off with cacti and trees more common to deserts. A few ocotillos had red flowers that are reminiscent of Indian paint brush. Splotches of yellow jumped out from an unknown tree.

Laguna, meaning lagoon, is such an appropriate name for this range because it is where the water comes from for most of the towns and farms in the lower half of the state. 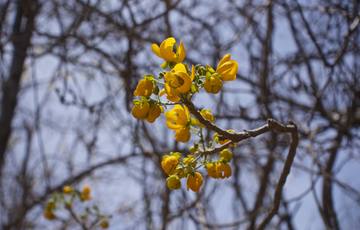 Signs are infrequent and not completely easy to interpret based on not knowing these mountains. Some have English descriptors. Even the maps confused us, and Sue loves map.

A large sign pointed right toward El Mezquitillo. In Spanish is said there were tourist services, and mule rentals with a guide on authorized trails. We thought we’d check it out. The road kept getting narrower, and foliage denser. A wrong zig had us at a ranch that wanted nothing to do with gringas. U-turn.

Continuing on the terrain got worse. Thank goodness for an old four-wheel drive because branches were scraping against the Jeep, with one nabbing me in the arm. We finally turned around while we still could. It still amazes me there was a high-quality sign saying to go where we had just come from and nothing more once we were on that road. 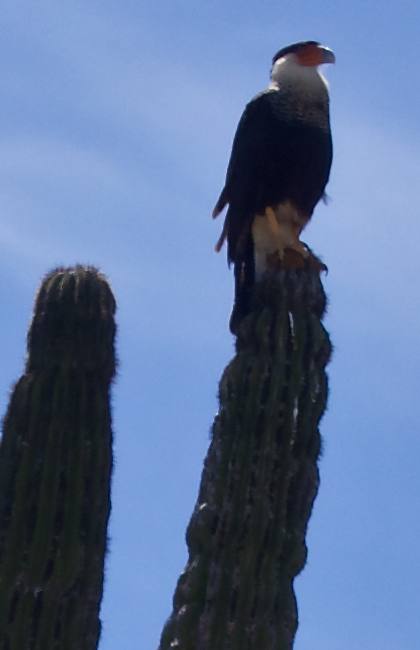 A caracara looks for its next meal on the desert floor. (Image: Kathryn Reed)

After circling back, we stayed on the main dirt road, which led us to a gate. It was from there that we started walking.

The trail is really a dirt road. It’s perfect for walking side-by-side to converse. Plenty of horses had been on it.

To our right a dry, wide creek with granite rocks appeared. It must be spectacular after a good downpour. On the other side looked like a single-track trail. We opted to stick with our road.

At one juncture there was a sign for Rancho Sierra de la Laguna. It’s a place to camp, has guides and interpretive paths. I have no idea how far it is from where we were.

While the ranches were essentially grandfathered in, UNESCO in June 1994 declared this a protected biosphere.

Not much wildlife was out, which was fine based on knowing what lives in these environs. Driving in a caracara, a large predator bird, was perched on top of a cardón.

We didn’t go far that day because we had gotten a late start. This meant it was hot, especially for AJ’s paws on the soft dirt/sandy trail. We were nowhere near the highest point, which is 6,857 feet. We did get to 1,635 feet, with our minimum elevation being 1,494 feet. I’m still accustomed to the temperature dropping when you climb in elevation, as is the case in the Sierra Nevada mountains. Here it drops the closer you get to the water; at least that was true in May.

This trek left me wanting to explore more of the 277,838 acres in the Sierra de la Laguna. 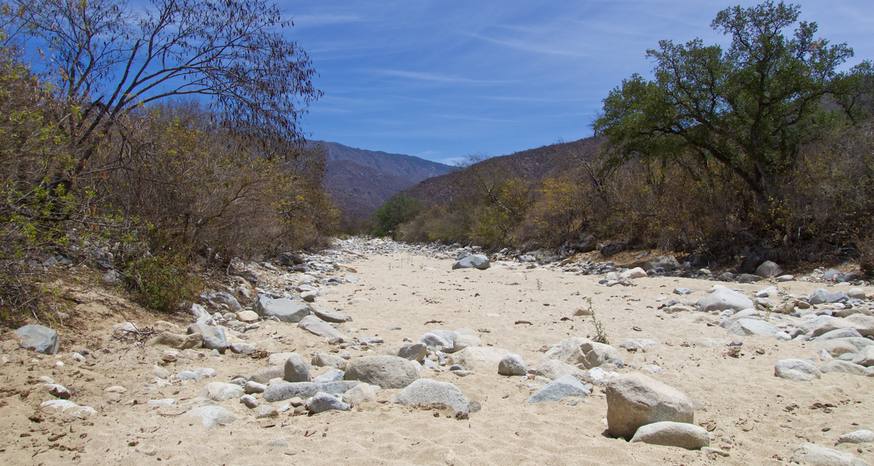 This arroyo is more apt to have water in July-August-September. (Image: Kathryn Reed)