Dazzling kaleidoscope of fish off the coast of Los Cabos 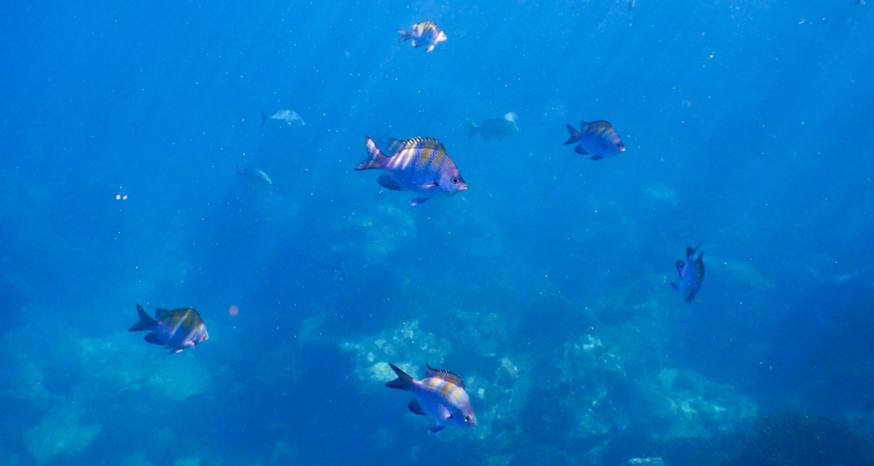 With each gentle stroke, it was like being transported to a new aquarium. Only this was no aquarium; it was the Sea of Cortez.

No need for dive equipment, several fish were at eye level, even more just feet below. Coral, sea urchins and star fish were more like permanent fixtures in this underwater oasis. 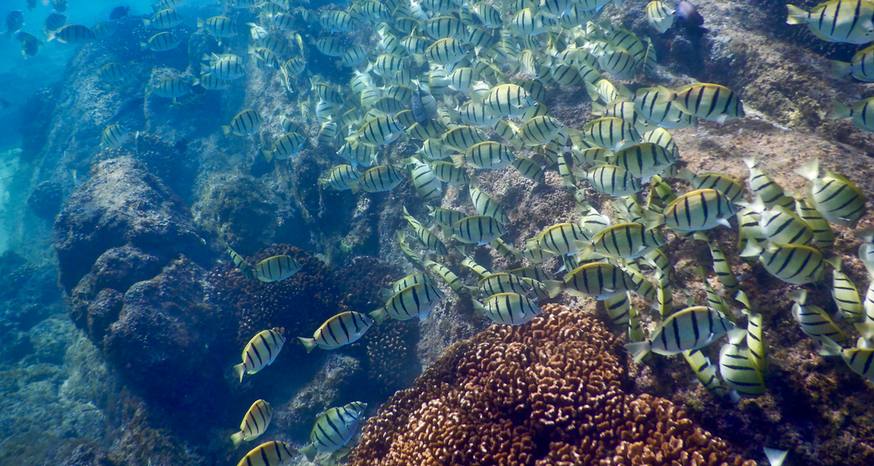 Flame angelfish with their orange and black coloring stood out against the floor of the sea. The Cortez rainbow wrasse is native to the waters of Baja, and can be found as far south as Peru. The long spine porcupine can be hard to spot with its camouflage-like coloring making it easy to blend in with the sandy bottom and light rocks. Guineafowl puffers were hard to miss with their polkadot bodies. Convict tangs are prolific in this part of the world; the black stripes on a yellow-silver body looks like they belong behind bars. A school of what we believe were sardines darted back and forth, shimmering as though they were silver coins. 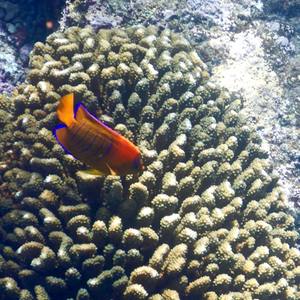 Those are just some of the creatures that Donna, Craig and I spent a couple hours admiring earlier this month. At times we could see at least 30 feet down.

On the right of Chileno Beach is a rocky area, with the reef farther out. With so much to see underwater, it was only necessary to look up to make sure my friends were nearby. 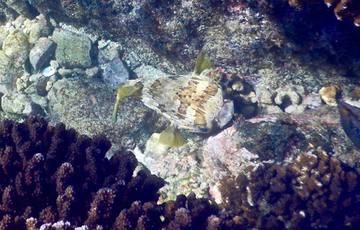 While I got chilled after going out about three-quarters of a mile, there was no need for a wet suit earlier this month. Buoyed by the salt water, it was easy to stay afloat.

From the shore of Chileno Beach it would be hard to imagine what lurks beneath those salty waters. Indicators this is the place to be were the dive boats in the area, along with people who paid someone to bring them via boat to snorkel.

We drove ourselves; signage is good along Highway 1. Parking is free. Plus, we had our own equipment so it was not necessary to pay to play. 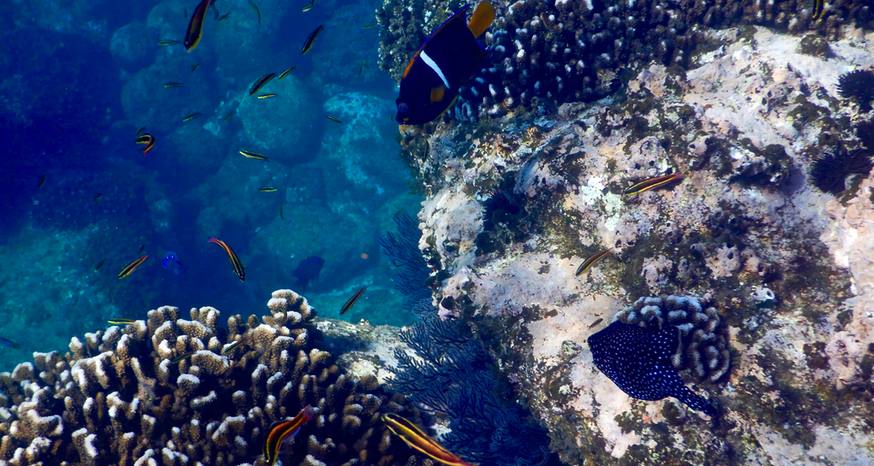 Chileno Beach is along the corridor between Cabo San Lucas and San Jose del Cabo. It’s away from the chaos of the tourist core. It’s also one of the few beaches in the area that is public and swimmable. A roped off area prevents boats from coming in.

Umbrellas, kayaks and other beach paraphernalia are available for rent – but not every day. Restrooms are available, as is an outdoor shower. Food may be purchased at neighboring Chileno Bay Resort. It would be easy to spend an entire day here — on land or in the water.