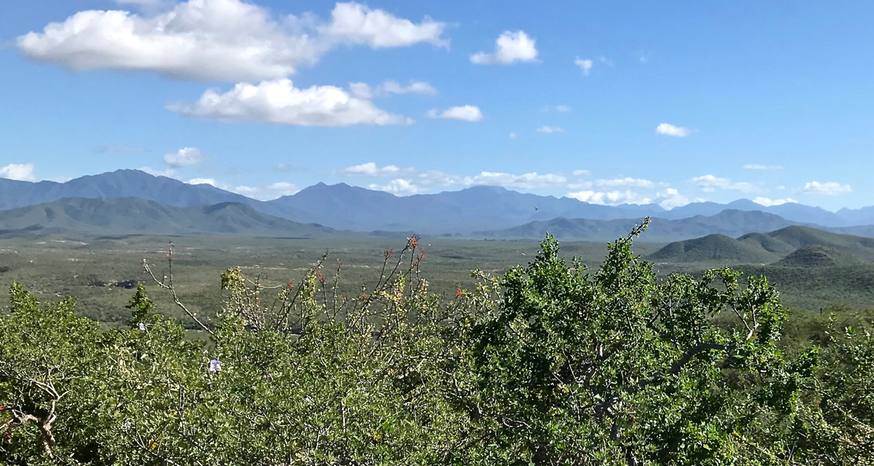 With the rainy season in Todos Santos extending well beyond summer, it means the desert is awash in color in January.

Red, yellow, purple and pink stood out against the lush green. On this second day of the new year we were surrounded by lomboy, yucca, jumping cholla, pitaya, elephant trees, ocotillo and morning glories. 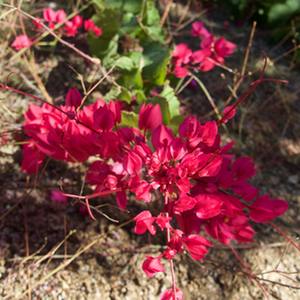 Anna led us into the desert on the Sierra Madre trail. The route is a mix of soft dirt, almost sand, along with small rocks that require paying a little more attention when stepping. It wasn’t long before stunning views filled our vision in every direction. From this vantage point the town of Todos Santos seems small, but also sprawling because of the abundance of construction. 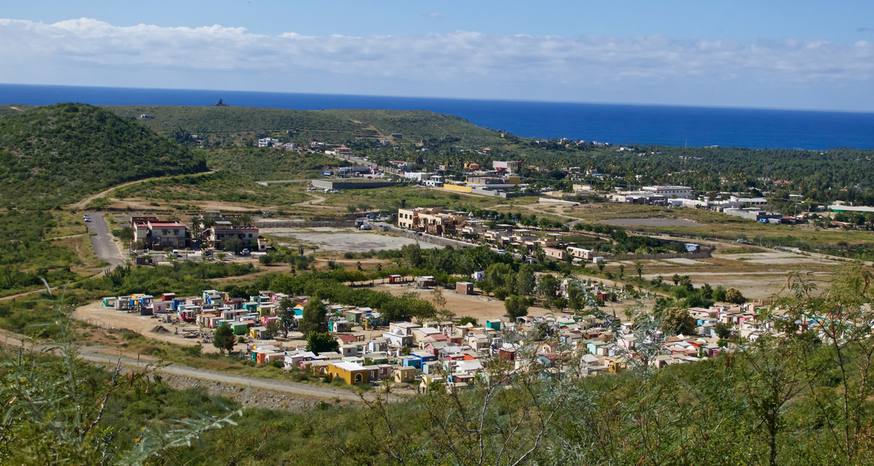 The cemetery on the outskirts of Todos Santos. (Image: Kathryn Reed)

The new cemetery is a focal point at different times, as it abuts the desert as it rises on the edge of town.

The ocean at times looked gray with how the sun was beating down on it. Other times it was a dark blue, almost like Lake Tahoe except much larger. From this perspective the Pacific seemed to be living up to her name – peaceful. So often that is not the case, at least in Baja. 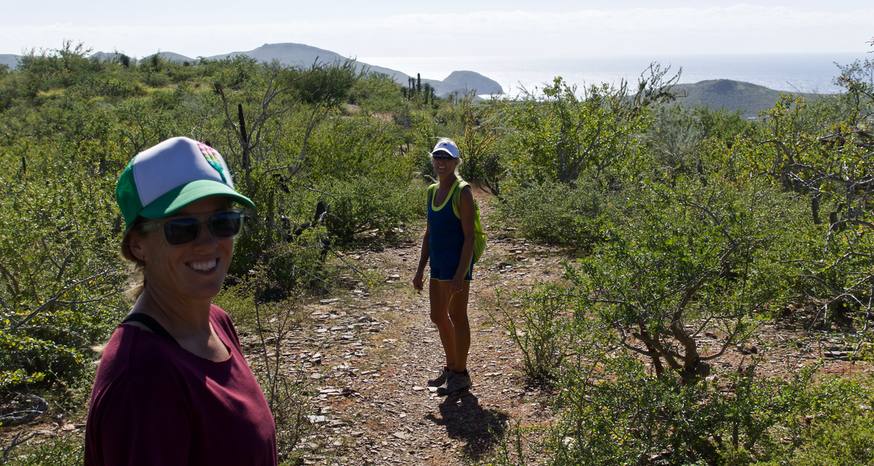 Anna and May on the way back along the Sierra Madre trail. (Image: Kathryn Reed)

The Sierra de la Laguna mountains beckoned; perhaps another day. The desert provides a lush carpet of green leading to the mountains. While many of these plants can draw blood when touched, they look anything but menacing from afar.

The radio tower is pretty much the highest point of the hike. From there we headed down in a bit of a zigzag that had us wondering if it might loop back to where we started. The route actually goes under the Highway 19 bypass leading farther out into the desert. We opted to make the tunnel our turnaround point. 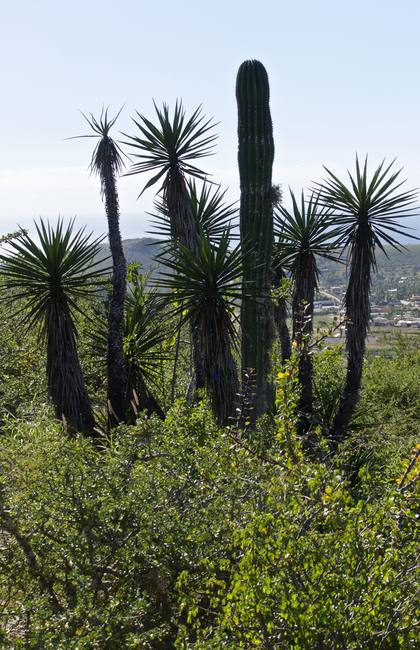 While we went 5.23 miles, the Sierra Madre trail was built as a single-track mountain bike route. It’s just more than a 10-mile loop, and with various offshoots could be much more. 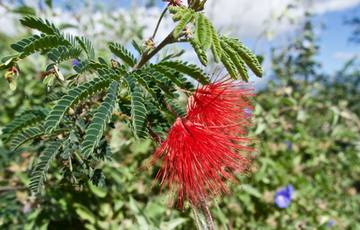 Fairy duster is some of the flora. (Image: Kathryn Reed)

We started by parking at Jazamango restaurant, heading east into the desert on a road wide enough for the three of us. A small connector goes left, leading to another road that eventually hooks up with the Sierra Madre trail. This is the lone sign we saw going out. It’s also possible to start at the new cemetery. It would be fine to take a dog on this trail, however there is no water.