Diamond Peak a jewel of a snowshoe in Lassen Park 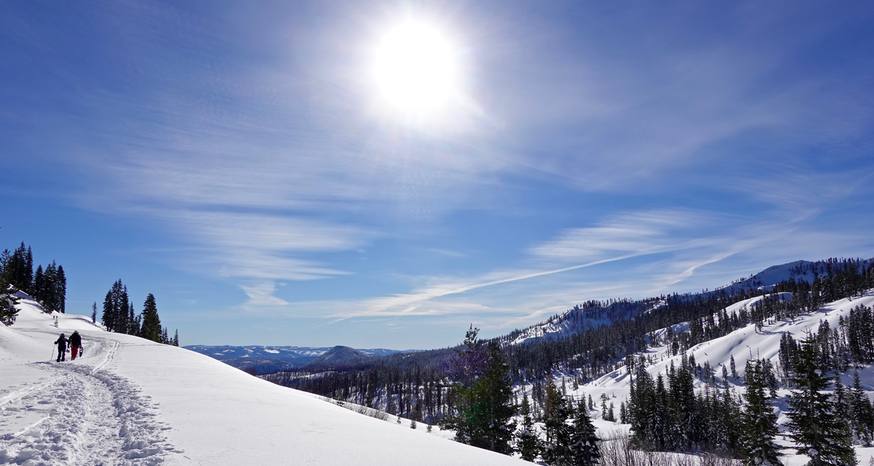 Snowshoers on their way to Diamond Peak in Lassen Park on Jan. 1. (Image: Kathryn Reed)

Rising like a beacon, the diamond was all a glitter in the unbridled sunshine on this first day of 2022.

While that might be a bit of an exaggeration, it is not hyperbole to say this snowshoe in Lassen Volcanic National Park was incredibly spectacular.

Snow conditions were perfect—firm because of all of our tracks, soft when breaking trail, glistening where it was untouched. 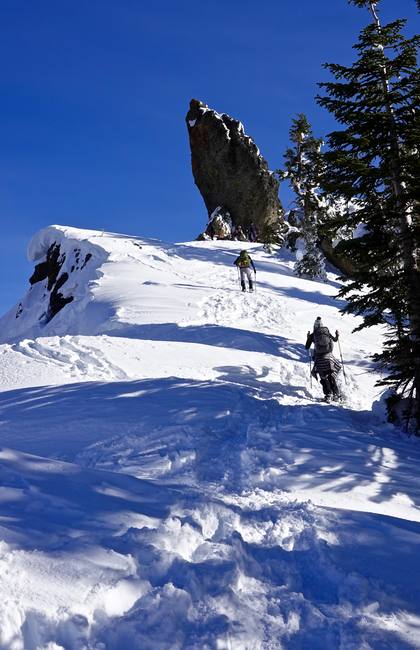 The weather ideal—bright sun, with temps in the 30s, and no wind.

The companionship superb—Sue joined me and 18 other Chico Oroville Outdoor Adventurers.

The scenery—off the charts beautiful, with Brokeoff Mountain (9,235 feet) a constant feature along the route, and Lassen Peak (10,457 feet) awash in white. However, it was sad in some respects to see all the trees that burned in last summer’s Dixie Fire. The PG&E-caused blaze charred more than half of the national park. Still, the park was magnificent.

The five-mile round trip trek to the top of Diamond Peak was breathtaking in more ways than one. I’m getting a little soft living at sea level, so the 1,122 feet of elevation gain was noticeable, as was reaching 7,862 feet. (The park map says Diamond Peak is 7,968. The tip top is not accessible without rock climbing gear.) 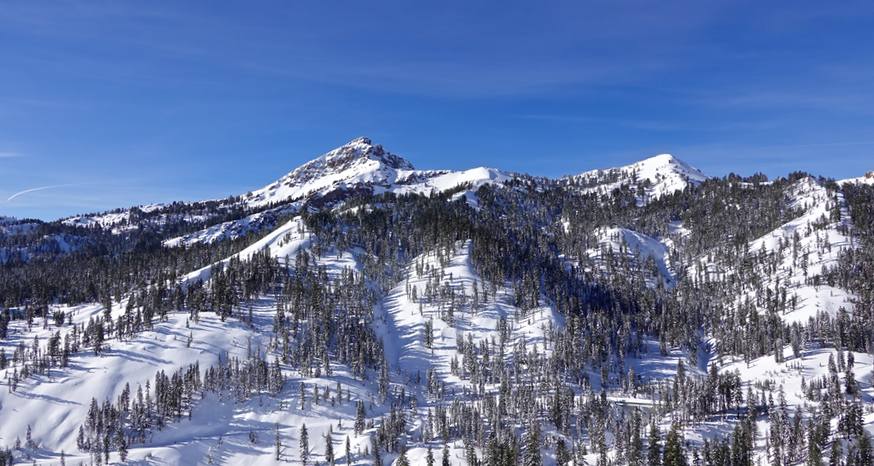 The beauty of Lassen Park is evident all along the trail. (Image: Kathryn Reed)

With incredible scenery in each direction, no one questioned whether the pause was to take in the views or actually take in more oxygen.

The lodge where we started is at 6,707 feet. It was a bit congested here as there is a sledding hill nearby.

It wasn’t until we hit Sulphur Works that I realized we were snowshoeing on a road. The steam from the fumaroles melted enough of the white stuff to reveal asphalt. The juxtaposition of naturally boiling water in this winter wonderland was just another reminder of the power of Mother Nature.

This road through Lassen is actually Highway 89. It’s closed most winters, but is definitely a route worth taking when the snow clears. 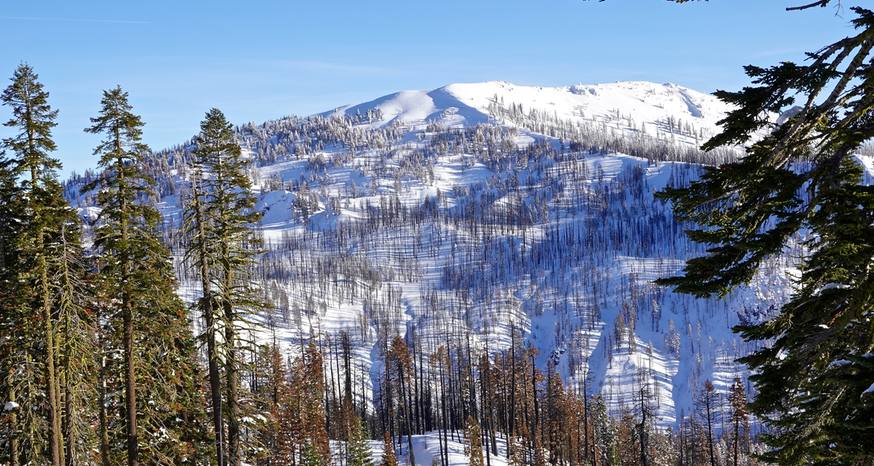 Evidence of the 2021 Dixie Fire is hard to miss. (Image: Kathryn Reed)

It was a gradual climb until we took a hard left off the road and into more rugged terrain. While the initial ascent was slow because, well, I am a flatlander, the views of Brokeoff Mountain meant the camera kept coming out of my pocket.

There is no sign saying turn here for Diamond Peak. Someone in the group said this is not a summer destination, that there isn’t a real trail up there. I’ll have to see what it looks like in six months when the snow melts, or longer depending on if the snow keeps coming.

The rest of the way was definitely steeper, but nothing outrageous. Nonetheless, I was happy to have poles going up and down.

Diamond Peak is a large rock, with an overhang that is ideal to sit under while having lunch. Just be wary of falling snow.

In winter the park entrance fee is $10.