Embracing the aftermath of the Caldor Fire 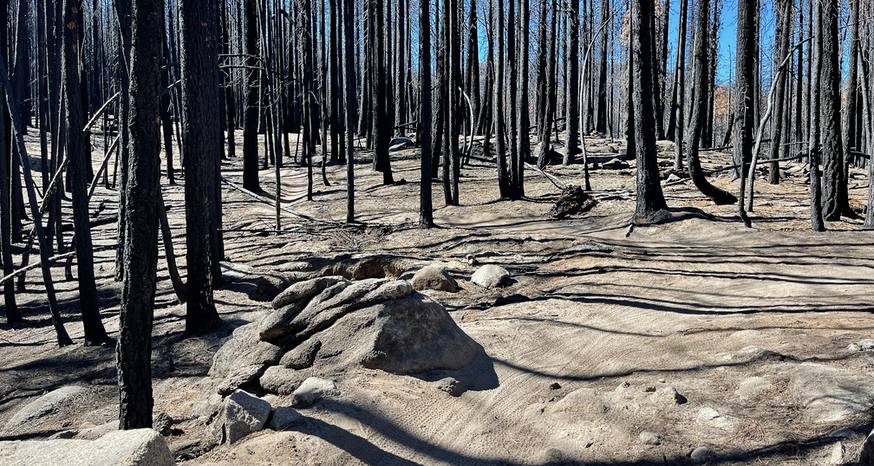 I wanted to be immersed in the aftermath of the Caldor Fire.

It was more than a want. It was a need. 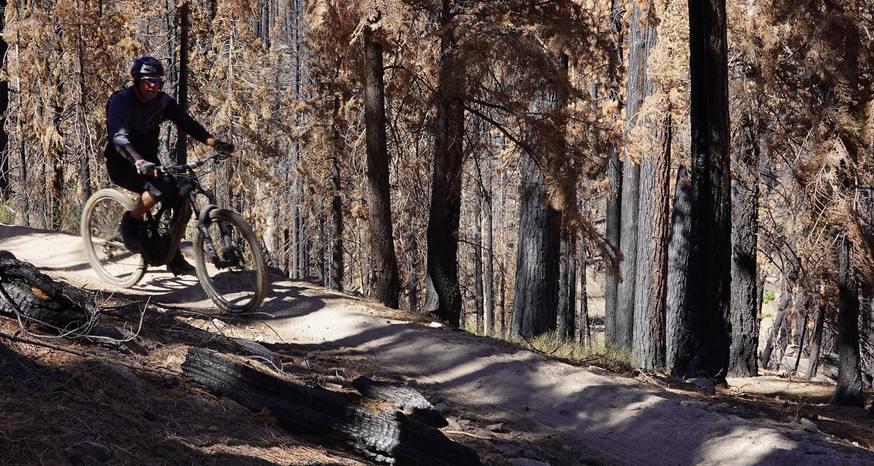 Cyclists continue to enjoy the Corral and Sidewinder trails on the South Shore. (Image: Kathryn Reed)

I wasn’t living in South Lake Tahoe during last summer’s firestorm. I experienced the stress and devastation through news stories, friends’ accounts, social media, even getting evacuation notices on my phone for a house I no longer own. While selfishly I’m glad to not have experienced this fire firsthand, I was still impacted by it. I’m sure anyone with a connection to the South Shore, to Sierra-at-Tahoe and to the American River Canyon area was affected.

I needed to walk in the woods to feel a better a connection to what was lost. So, that’s what I did in July.

To say it’s different would be an understatement. But there is a certain beauty that still exists.

This particular day there was a warm, gentle breeze. That in itself felt different.

The whoosh through the trees wasn’t the same either. I had never really listened to how the sound of wind changes when the tree canopy no longer exists or the boughs are only growing in patches. 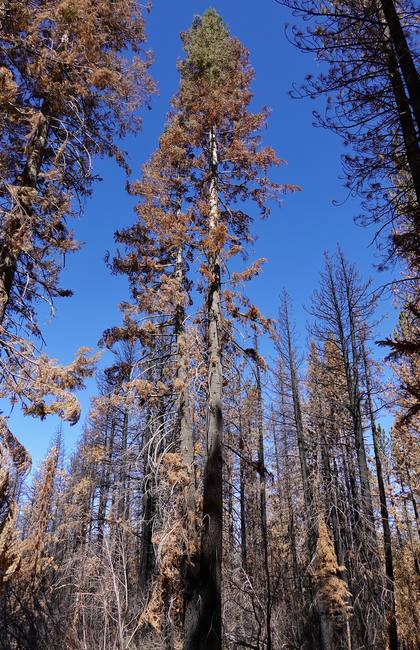 I remember people who rebuilt after the 2007 Angora Fire on the South Shore talked about it being windier without trees. I’m not sure if it was really windier, or if it was just different. It doesn’t matter. The land, and those who live in it and re-create in it are forever changed.

It was wonderful to see all the mountain bikers out, especially considering it was a weekday. It’s a sign that life goes on. For that, I was grateful and it gave me hope.

The few flowers and patches of grass also made me smile. Life was sprouting from the ashes.

This forest won’t ever be what was it was before the Caldor Fire, but it is still a place worth experiencing. 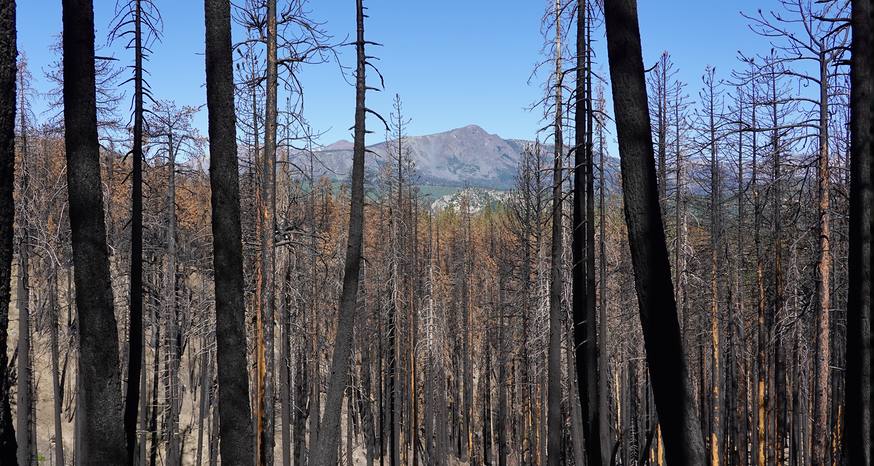 Instead of parking in the main lot off Oneidas Street (off Pioneer Trail), I drove up the unpaved road a bit, parked to the right at the sign that says Corral OHV TR 18E14, Fountain Place RD 1201.

This way I was walking toward the mountain bikers, thus making it easier for us to see one another and for me to get out of their way. While hikers are permitted here, it really is mostly a mountain biking route, so take that into consideration if you go there without pedals. It was a little more than a 5-mile loop, with 736 feet of elevation gain.