Evening hike to take in the sunset and moon rise 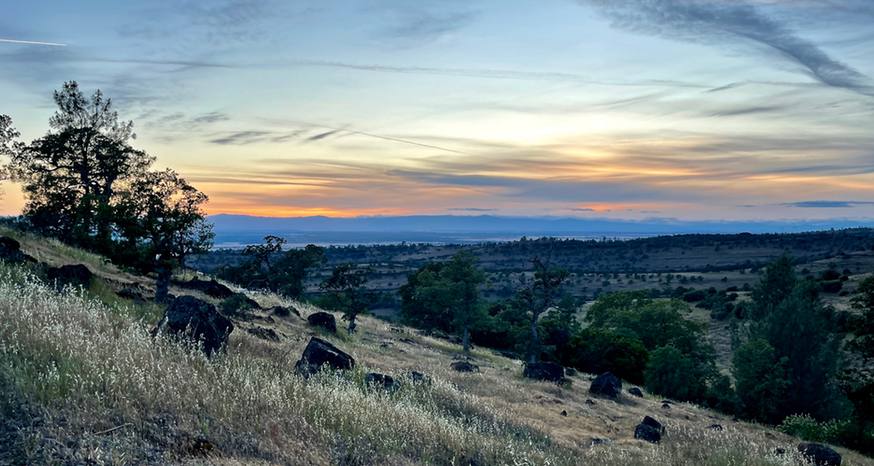 Watching the sunset from Upper Bidwell Park in Chico on May 13. (Image: Kathryn Reed)

As the nearly full moon was rising before us for most of the first part of the hike, the sun was setting behind us.

It was one of those perfect Chico nights to hike; not too hot, not any wind to speak of.

We started from the Horseshoe Lake parking lot in Upper Bidwell Park. It was a steady climb via Middle, Red Bud and North Rim trails. The uneven basalt rock made having poles a good thing. It’s easy to get a little off balance. 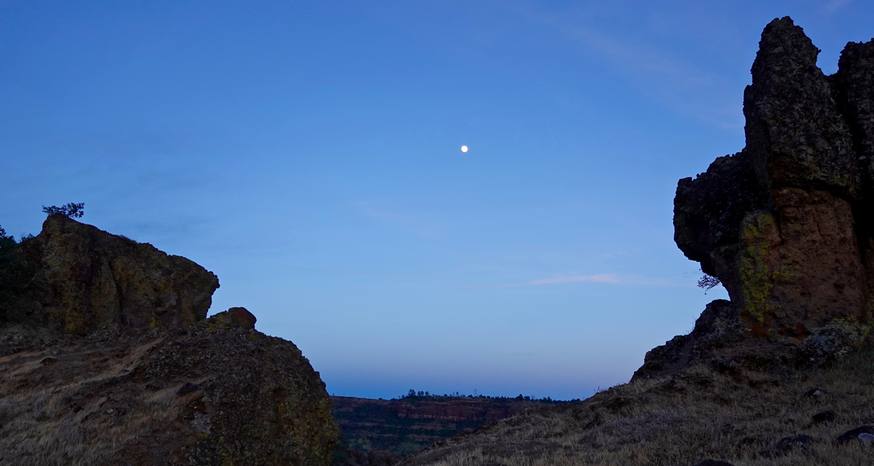 Going up it was a definite climb, but probably would have seemed a little easier if we weren’t going at such a good pace.

A few wildflowers grew alongside the path, with taller dry grass and oak trees the predominant flora.

While we were warned of snakes, ticks and mosquitoes, they didn’t make their presence known. Though, I had put on bug spray before leaving home.

The eight of us with the Chico Oroville Outdoor Adventures climbed 949 feet in elevation. The low point was 333 feet, while the high point was 1,183 feet. In all we hiked 5.82 miles.

We didn’t make it to Sentinel Point in time to see the actual sunset, but we did sit there a spell to enjoy the changing colors as the sky went from dusk to night. In the distance we could see the lights of downtown Chico and its growing sprawl decorate the land. 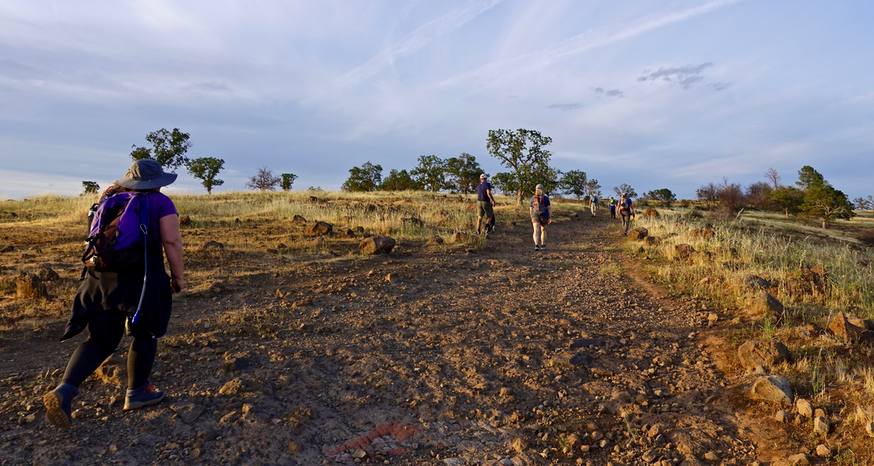 I’m glad I was with people because I never would have known to make a hard right and essentially a 180-degree turn to get to the scenic lookout. No signs pointed the way. It would have been tricky finding my way back to the Jeep on my own, too.

It was going down when I was happiest to have hiking poles. Some of the loose dirt was easy to slip on, and tiny rocks were like ball bearings that wanted my boots to slide instead of take a firm hold of the ground.

We made a bit of a circle at the end because we returned via the North and Maidu trails.

All the while the moon was getting brighter and bigger. Unfortunately, it wasn’t casting off enough light for us to make the second half of the trek without the assistance of headlamps—at least for most of us. This was two days before the actual full moon/eclipse in May.