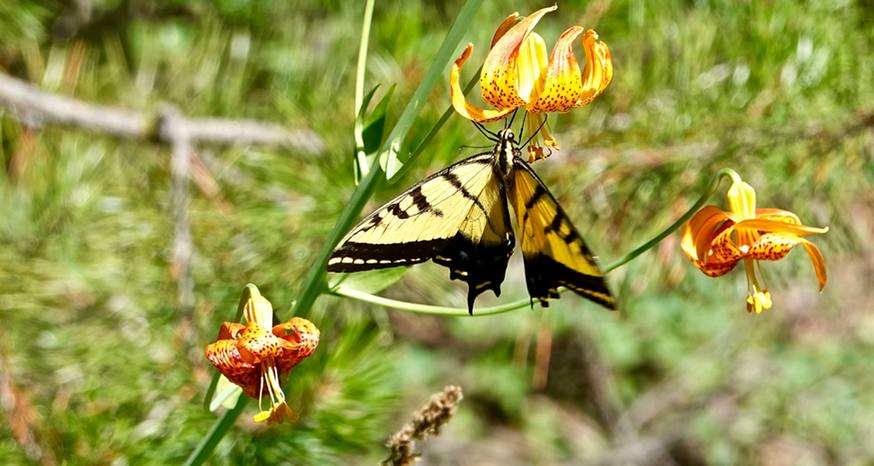 A swallowtail butterfly enjoys the nectar of a tiger lily. (Image: Kathryn Reed)

A botanist I am not. My description of flowers is usually: “Oh, look at that pretty purple flower.” “That orange one is so unique.” And so on.

Names of flowers escape me most of the time so I’m not the one to lead a wildflower trip, except maybe to get you there. 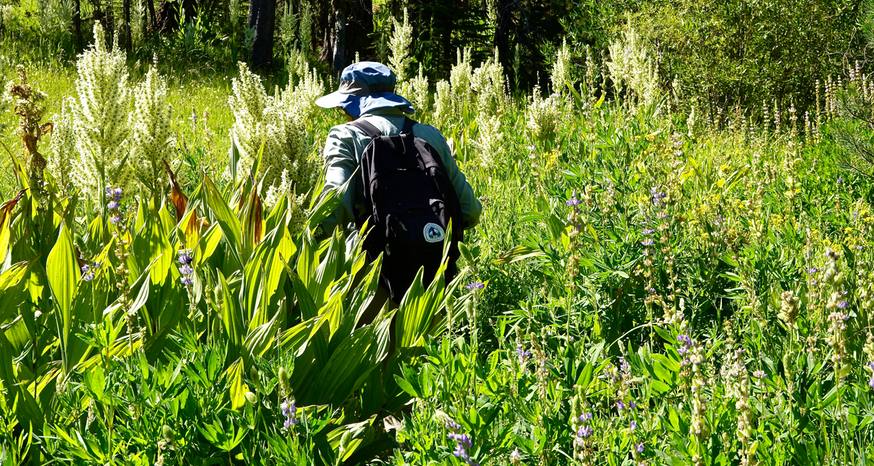 Luckily, on the second Sunday of July our group had Marjorie with the California Native Plant Society’s Lassen Chapter not only telling us everything we were seeing, but also getting us to our starting point. I’m actually not sure if I could do that since this was my first time to Kennedy Meadows in Lassen National Forest. (It’s about an hour from Chico.)

Marjorie isn’t a botanist either, but she is someone who is super enthusiastic about what’s sprouting from the soil. (She is a retired register nurse and a registered dietician by training.) What she doesn’t know off the top of her head she is able to find in one of her field books tucked inside her daypack. 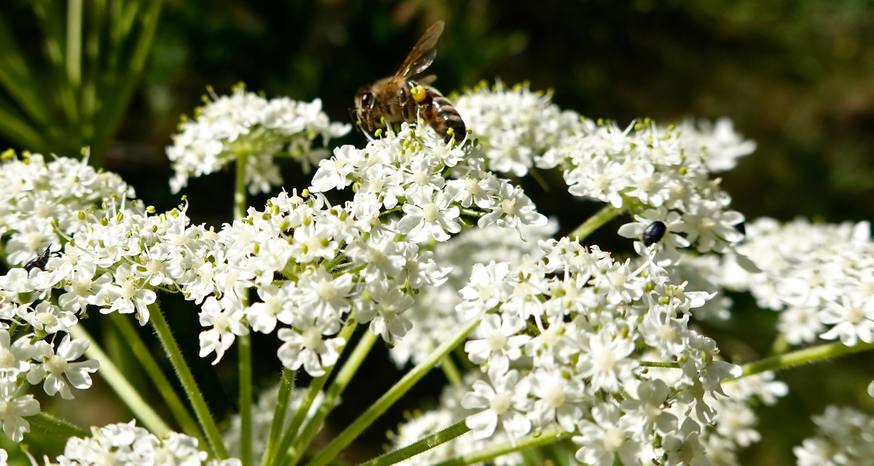 Not only does Marjorie know flowers, but she gave her seven charges a lesson in fens, bogs and swamps. It was a fen that we were walking through much of the time.

“Fens usually come from springs. They are not stagnant. Fens tend to have more unique plants than bogs and swamps,” Marjorie told us. 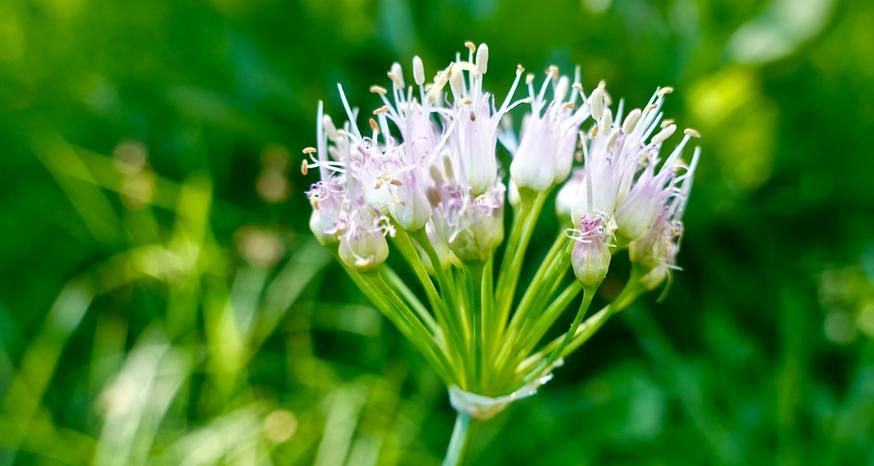 Swamp onion smells like an onion one would eat. (Image: Kathryn Reed)

Water was a constant on our less than 2-mile walk. We crossed creeks a couple times, and often were in marshy areas. 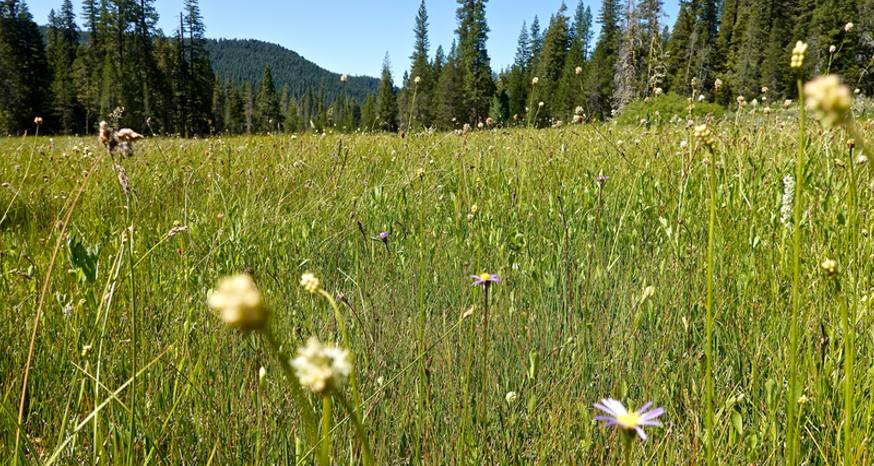 Most of these I had never heard of. Having Marjorie as a guide was perfect because some were so tiny it would have been easy to never see them. While some of the corn lilies were taller than me.

She said there is no ideal time to visit Kennedy Meadows because the ecosystem is always changing with what is peaking and what is past its prime. It was absolutely stunning. 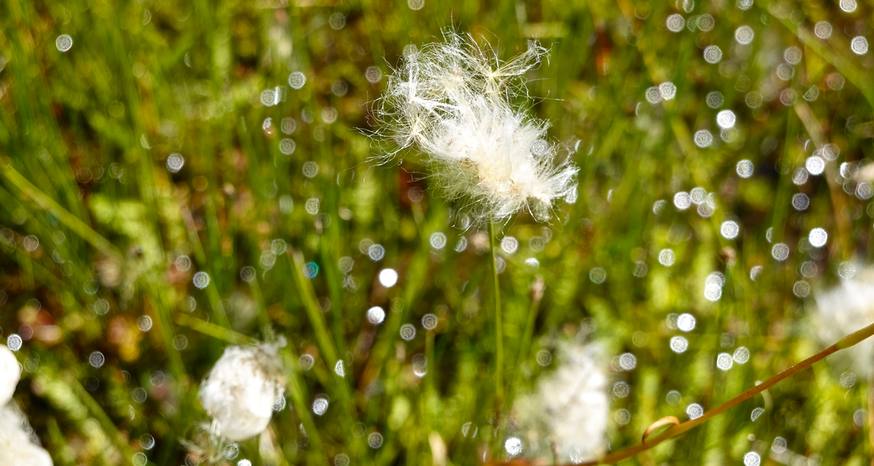 We also got a little history lesson. While most of the acreage we traversed across belongs to the U.S. Forest Service, 10 adjoining acres of Kennedy Meadows are privately held by the Kennedy family—thus the name. Apparently the patriarch who built his home here was the accountant for Annie Bidwell; as in Bidwell Park. The family still owns the home that looks over the lush meadow and its dazzling natural bouquet.

We took a side trip on the way back to see the California pitcher plant near the Cherry Hill Campground. They are carnivorous plants—eating insects, not people. Large plants, though, will consume small rodents, frogs and lizards. It is also known as the cobra plant because of the shape of its leaves. It is really the leaves that are most fascinating as they curl over and are three dimensional and translucent. 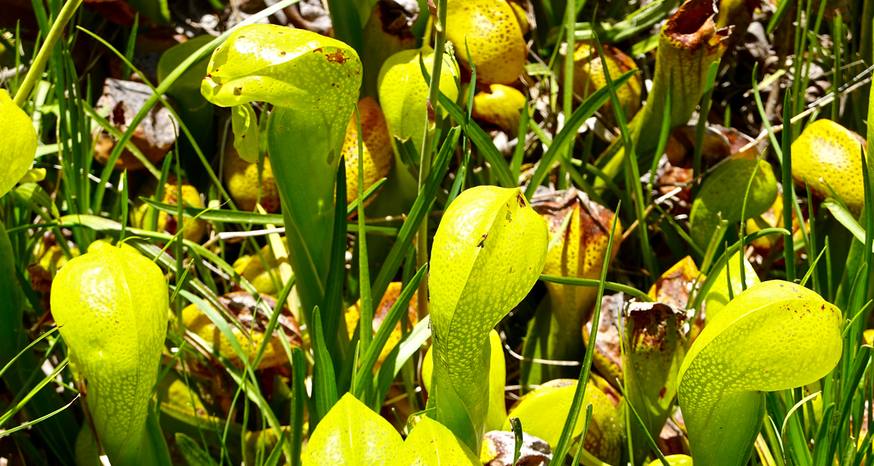 We got to the meadow by going east on Highway 32 and turning right toward Butte Meadows and Jonesville. Blink and it’s easy to miss both. The start of the excursion was less than a 10-minute drive from the snowmobile parking area. Because there was not a distinct trail I’m not giving more precise directions. For those who know where Kennedy Meadows is, go now, the flowers are great.

While this is national forest land, I would not recommend dogs because of the lack of trail. Poles are advisable because the terrain can be uneven, with unexpected holes, water, and logs to cross. Be prepared to end the foray with wet, muddy shoes.