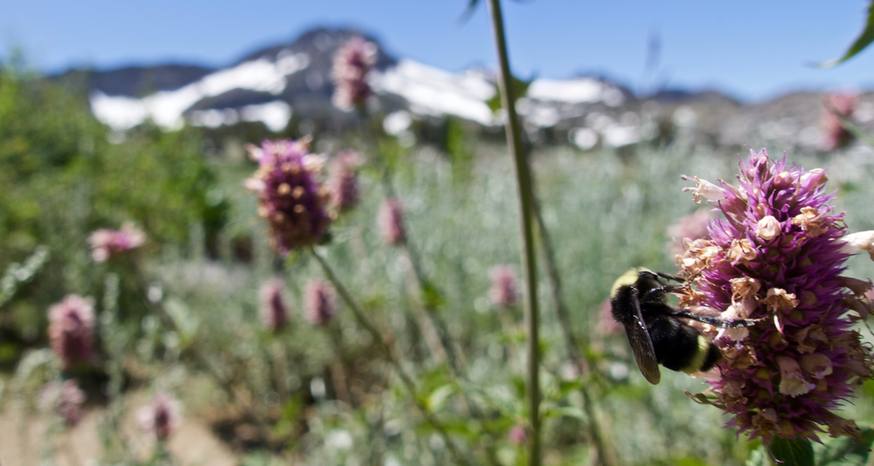 Mother Nature at work along the route to Winnemucca Lake. (Image: Kathryn Reed)

It’s always all about the flowers when hiking to Winnemucca Lake. Even this late in the season the flora is fantastic.

While the flowers are past their peak, even on Aug. 11 Mother Nature was putting on a spectacular display. 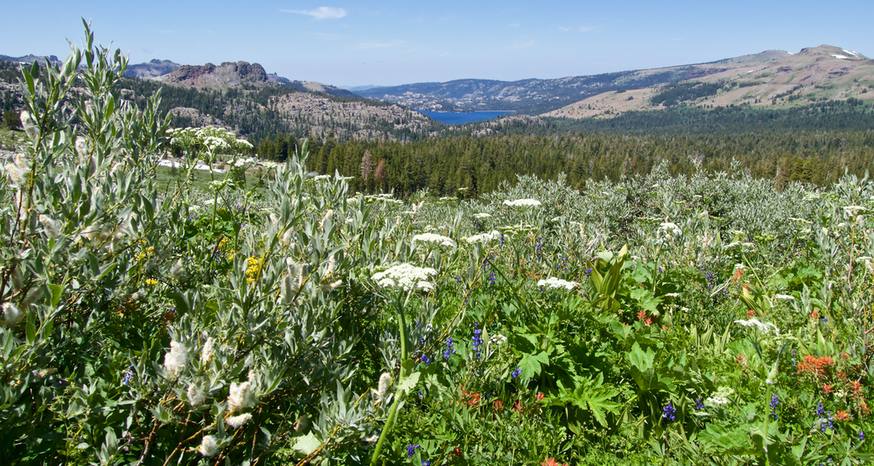 An array of flowers, with Caples Lake in the background. (Image: Kathryn Reed)

The area between Frog and Winnemucca lakes has the biggest splash of color. Some of the plants are a couple feet tall. This is where the lupine are the healthiest, while at the start of the trail they have petered out. Irises are well past their best bloom. Still, a few were photo-worthy. 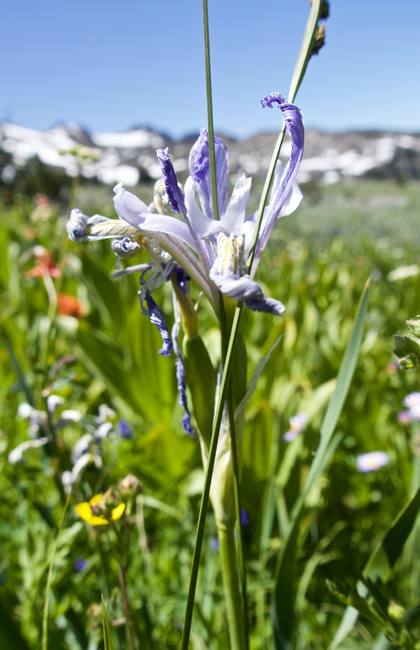 With it being a cool day (only in the 70s), it didn’t matter that we got a late start to the day. It did mean we didn’t see any people swimming at Winnemucca. I could only touch the water because it was so icy cold. AJ lapped it up. She loves cold water. Round Top Peak still has measurable snow, which will one day find its way into the lake. On the far side of the lake is a small waterfall coming out of the granite wall. 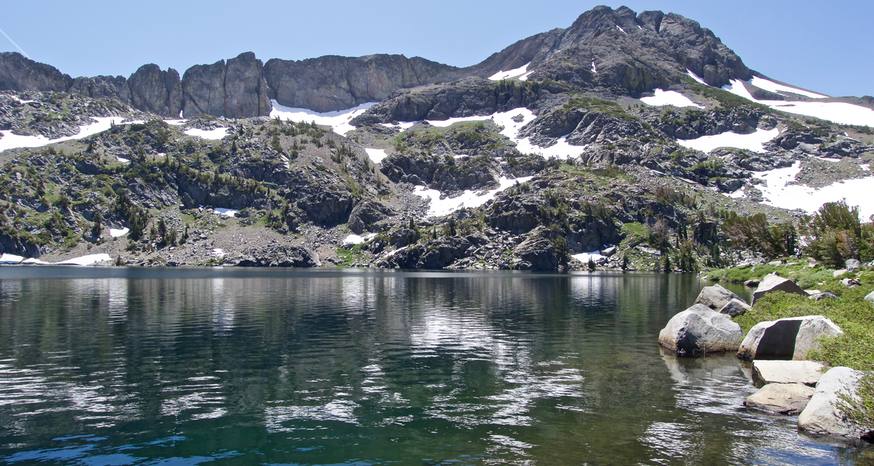 While Sue, AJ and I ventured out on a Sunday to do this nearly 4-miler, it wasn’t a total freeway of people. Other locals were also in search of wildflowers. It seemed like nearly every group had a dog with them. Fortunately, all but a couple people abided by the rule of keeping their pooch on leash. 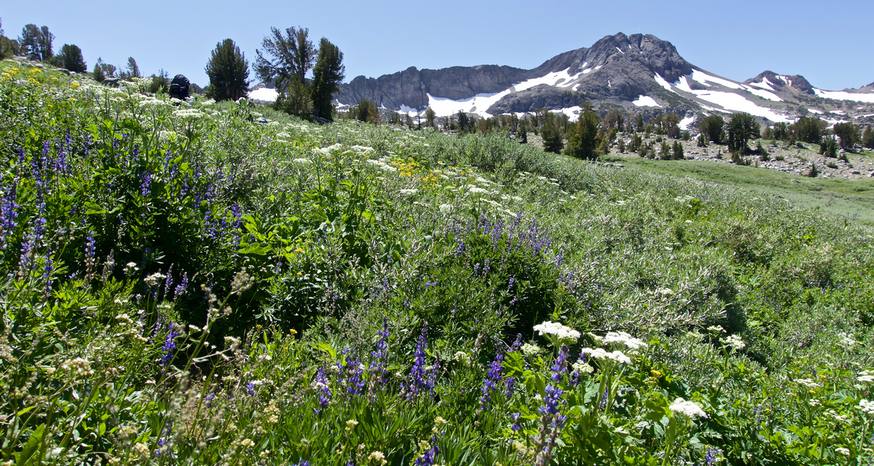 An array of flowers decorate the trail to Winnemucca Lake. (Image: Kathryn Reed)

I’m not sure I had ever done this hike in August before. Usually this is a July hike – early to mid-July. All the snow from last winter had the trail buried so much longer this summer. It was worth the wait.