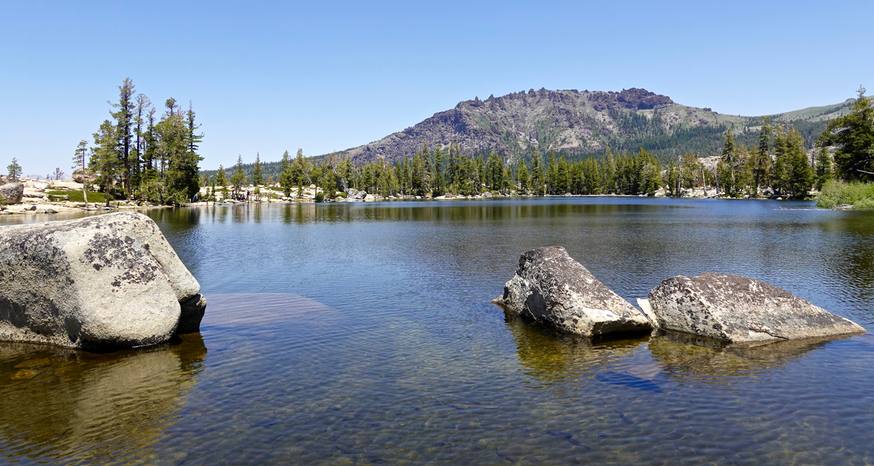 Granite Lake is a good spot to cool off in the summer heat. (Image: Kathryn Reed)

While much of California is parched, lakes in higher elevations offer plenty of enjoyment.

Such was the case hiking to Granite and Hidden lakes in the Eldorado National Forest in Amador County. This is actually the third Granite Lake in the greater Lake Tahoe area that I have hiked to. (One is in Desolation Wilderness and the other in Mokelumne Wilderness near Blue Lakes.) 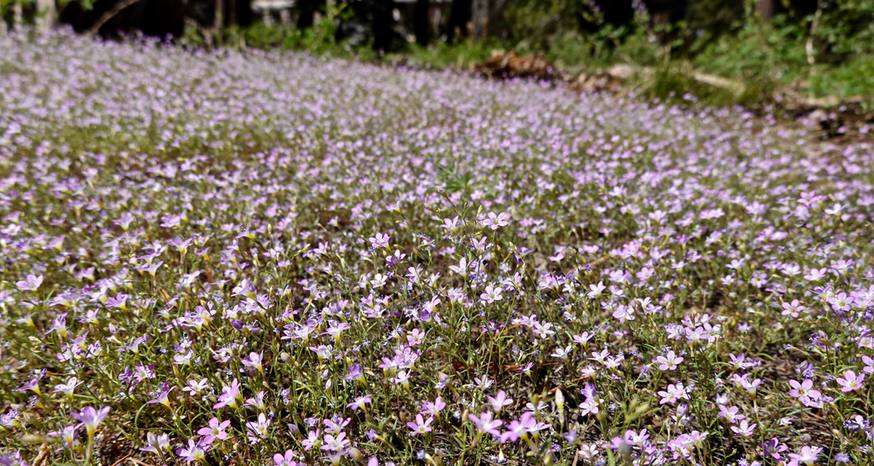 This was the most dramatic wildflower viewing in mid-June on this trail. (Image: Kathryn Reed)

With granite being the dominate rock in the Sierra, it would seem like even more bodies of water could have this name.

Surprisingly, though, there were some volcanic formations closer to Silver Lake.

An island at Granite Lake enticed a few people to swim to it despite the chilly water. This was definitely the prettier of our two destination lakes on this day. It was more inviting to get in with its clearer water. 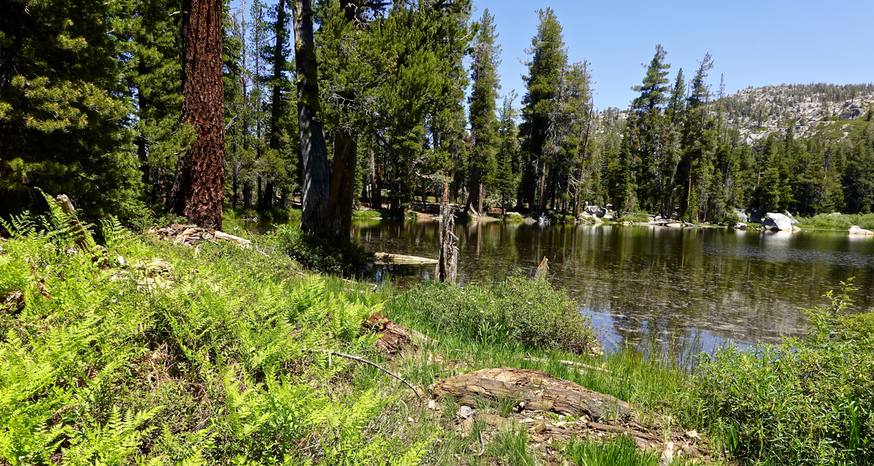 While Silver Lake was the starting point, it was not the focal point. That was a good thing because it can be crowded in summer.

A few no-name lakes are in the area, providing plenty of water for four-leggeds. In the spring, or when there is an actual spring runoff, some of the creek crossings could be dicey for those with balance issues. Reportedly at the bridge crossing a nice waterfall flows. Not in a drought year, though.

In mid-June several downed trees still crossed the dirt path. Some required climbing over, while ducking was necessary at times. In some places a path had been created to skirt around the horizontal timber.

Otherwise, this would be a fairly easy hike for most people who can handle this elevation. No poles were needed. It felt like a pretty flat trail most of the way—and in both directions. 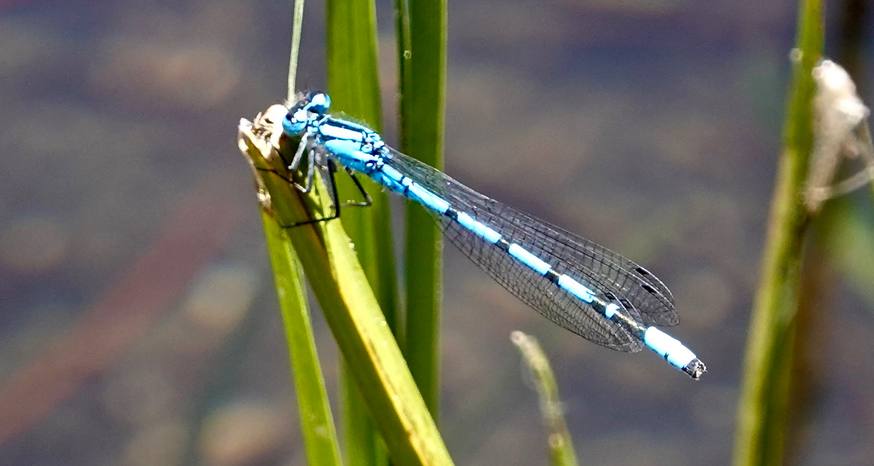 A dragon fly finds a spot to rest near one of the lakes. (Image: Kathryn Reed)

The only thing that might be a challenge is following the trail. In the granite sections be sure to look for the cairns.

A few wildflowers decorated the landscape, which added to the abundance of natural beauty.

Stopping near water the mosquitoes came out, but they were not much of a bother while actually hiking.

Becky and I opted to have lunch out of view from Hidden Lake, which meant we didn’t become lunch for any mosquitoes. Hard to beat the tranquility of the high country for refueling.

It’s possible to make this a loop. From Hidden Lake the trail goes to Plasse’s campground area on the other side of Silver Lake and then winds back to the starting point. However, the trail is not always well marked or easy to find. That’s why we opted to make this an out and back. 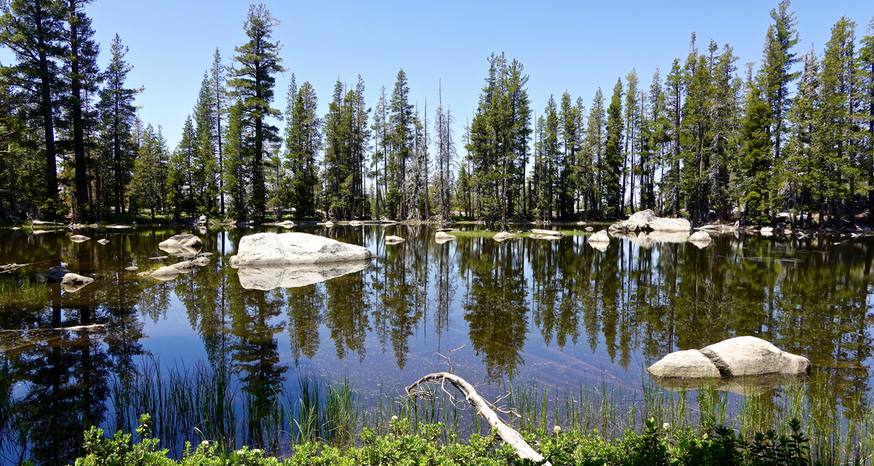 One of the bodies of water without a name along the route. (Image: Kathryn Reed)