Hidden lake a treasure on trek through Sonoma County park 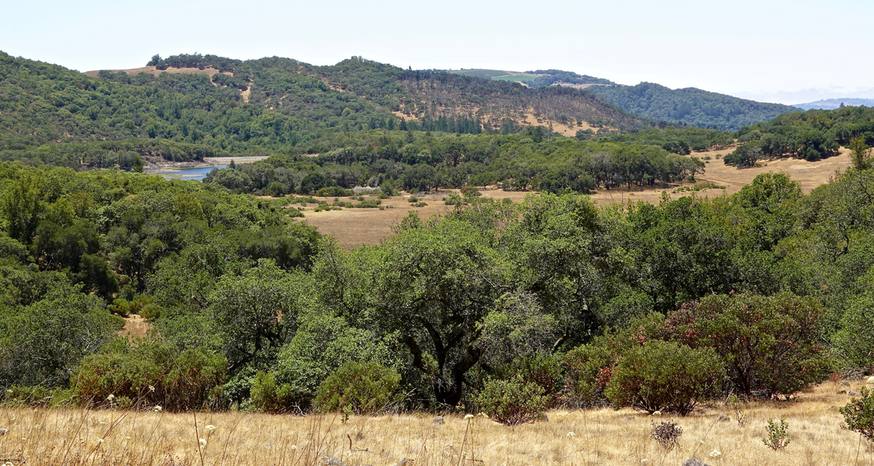 Lake Ilsanjo, upper left, looks like a dot before descending to it. (Image: Kathryn Reed)

A lake in the middle of dry grasses seems so out of place during a drought, especially at a low elevation in California.

But there it was, with a couple people even trying to fish in this body of water. Bluegill and black bass have been reeled in from the 26-acre lake. People even swim in Lake Ilsanjo when there is more water.

Today, this lake in the middle of Trione-Annadel State Park in Santa Rosa remains below the outlet valve of the concrete dam. The lake was drained in fall 2019 to make state mandated repairs. Lack of rain the past two winters has prevented it from rising back to where it would normally be this time of year.

Wildflowers are supposedly abundant around the Lake Ilsanjo in spring and early summer—at least if there has been precipitation. 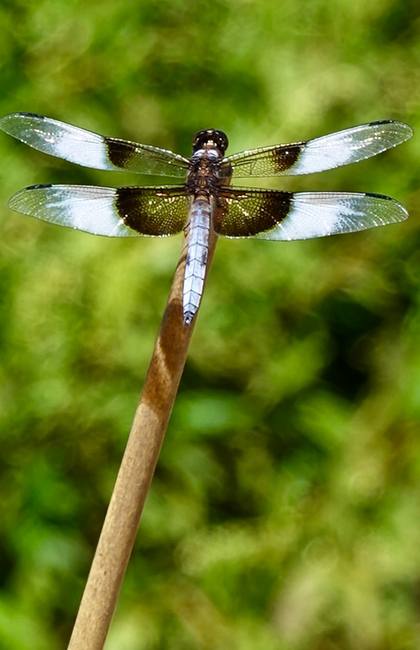 Still, it was a welcome sight during this parched summer. Something about seeing water makes it seem cooler out.

Several trails in this state park in Sonoma County lead to the lake. In July we took a real locals’ approach by entering the Two Quarry Trailhead via the Oakmont neighborhood. In all, we traversed 7.94 miles, gained 722 feet in elevation, with the minimum being 415 feet and maximum (which was near the start) being 1,120 feet. The lake is at 750 feet.

Prior to this excursion most of my experience at Annadel had been through the main entrance on what I would call the western side of the park. The recent approach with Sue opened up all new trails to me, which was a delight.

Much of the route is through oak trees, which provided plenty of shade. However, where it was wide-open it was noticeably warmer. 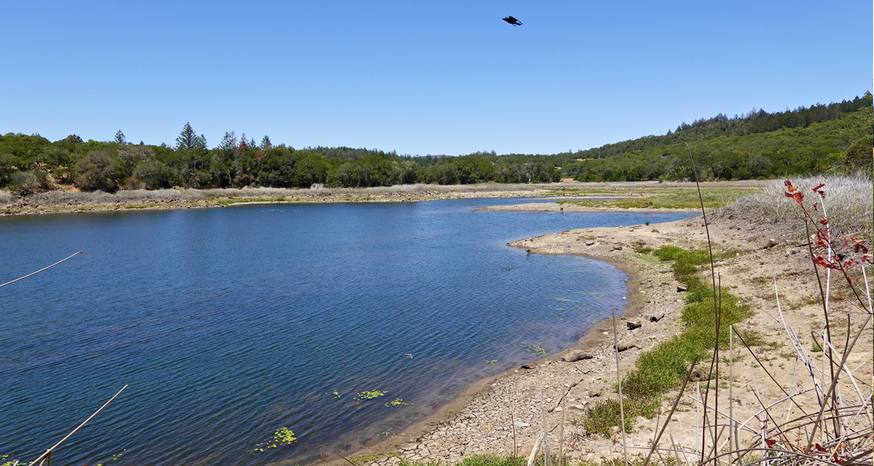 The drought and dam repairs have kept Lake Ilsanjo from being full. (Image: Kathryn Reed)

Starting out it was single-track, hardpack dirt with a mix of oak and conifers. We headed down the Warren Richardson Trail to the lake, looped clockwise around the water, headed back up and came out at the Richardson Trailhead. A short walk led us out to where we had parked a second vehicle, which was also in the Oakmont neighborhood. Our route meant not having to pay the $7 fee at the park.

Horses are welcome on many of these trails, with metal hitching posts in several areas so people could leave their steed as they explored some, or even went to lake. A couple picnic tables are also available as a resting spot or place to have a snack/lunch.

A few birds made their presence known, as did wild turkeys and dragonflies.