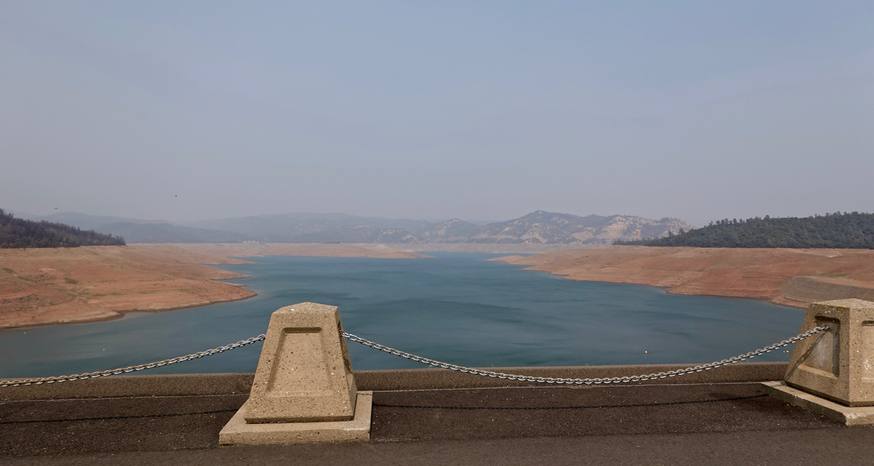 During a drought it’s hard to imagine the primary reason the Oroville Dam was built was for flood control measures.

As the tallest earthen dam in the United States at 770 feet, today it seems like a bit of an overkill considering how low Lake Oroville is.

This dam on the Feather River was completed in 1967, with the spillway finished a year later. 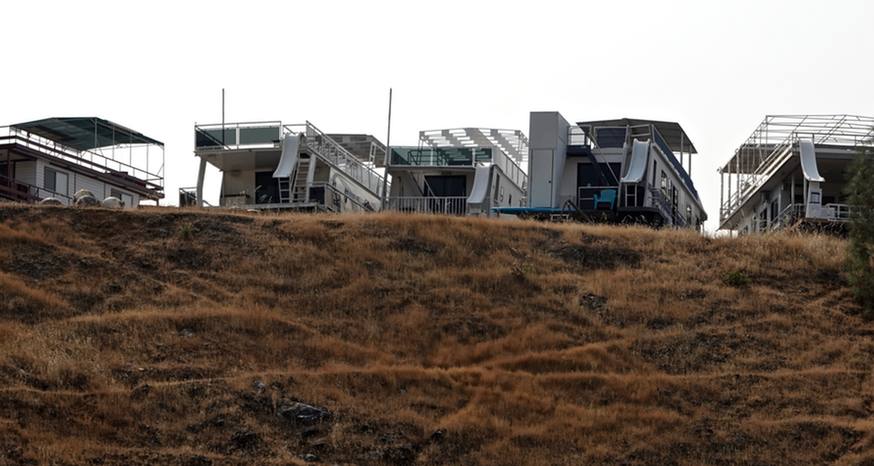 Houseboats at Lime Saddle are on land because there isn’t enough water. (Image: Kathryn Reed)

On Aug. 5, Department of Water Resources Director Karla Nemeth said, “This is the first time Hyatt Powerplant has gone offline as a result of low lake levels. This is just one of many unprecedented impacts we are experiencing in California as a result of our climate-induced drought. California and much of the western part of the United States are experiencing the impacts of accelerated climate change including record-low reservoir levels due to dramatically reduced runoff this spring.” 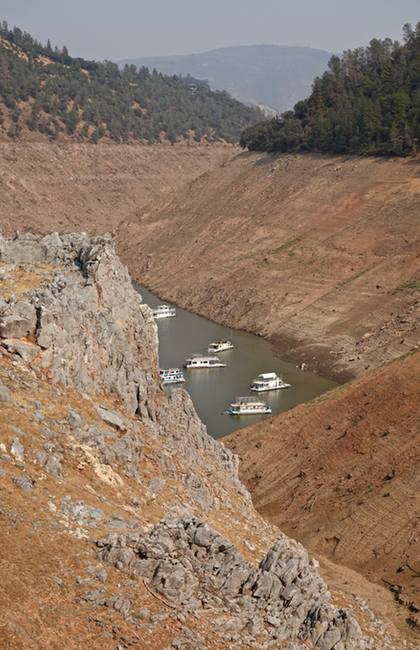 Houseboats at Lime Saddle arm of Lake Oroville compete for water to float on; the ramp is closed. (Image: Kathryn Reed)

The power plant had to be shut down because it needs a minimum water level to function. This underground plant had been operating continuously since it was completed in 1967.

Farmers and municipalities that rely on State Water Project water are only receiving 5 percent of their allotments right now because there isn’t any more to give. Oroville is the second largest reservoir in the state behind Shasta Lake.

Another resource of Lake Oroville’s is as a recreation destination. Not so much this year.

A few houseboats remain in the water. At Lime Saddle they look like tiny specks sharing a bath tub worth of water. Several are dry docked in two parking lots. They had to be pulled out of the water because there wasn’t going to be enough wet stuff for all of them to share. 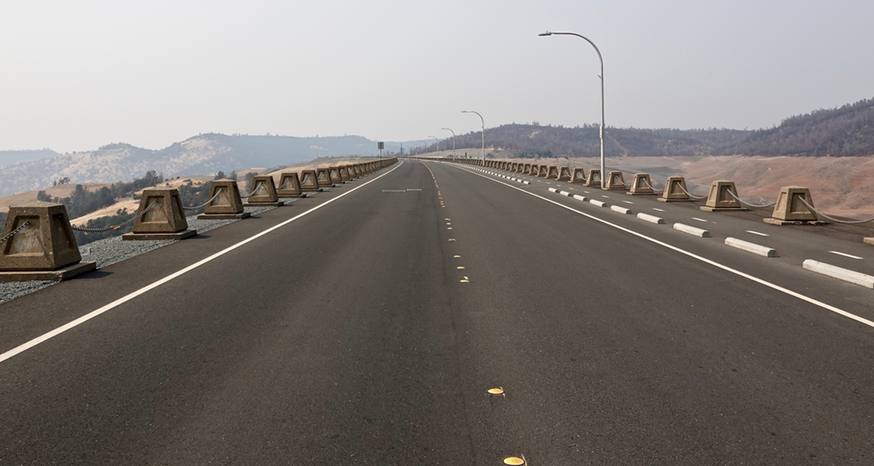 It is possible to drive, walk and bike across Oroville Dam. (Image: Kathryn Reed)

Facts about the dam: