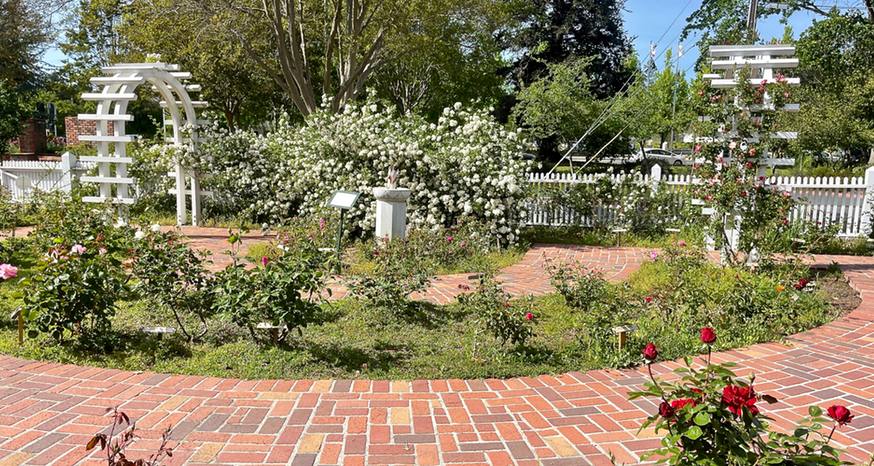 Luther Burbank was such a force in the horticulture world that in California his birthday (March 7) is celebrated as Arbor Day.

Burbank is credited with creating nearly 1,000 varieties of plants, including more than 200 fruit species. One of his goals was to increase the food supply in the world.

Burbank’s aptitude for cross-cultivating plants led to the creation of the Russet Burbank potato. His goal was to create a potato that would resist blight, and therefore help other countries like Ireland that were enduring a famine because of potato blight. 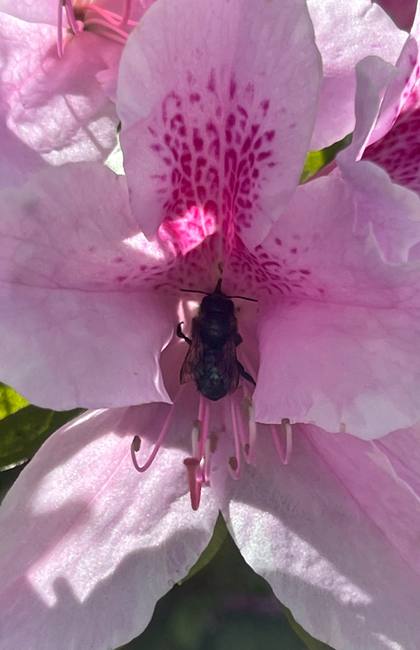 A bee sucks the nectar from one of the many flowers at the Burbank gardens in Santa Rosa. (Image: Kathryn Reed)

This potato is still the No. 1 spud used in food processing—think McDonald’s French fries and the like.

Burbank is also the creator of the plumcot, a combo of apricot and plum.

A sign on the property states, “The thousands of experiments conducted on this site and on his nearby Sebastopol farm were largely responsible for turning plant breeding into a modern science. His work with plums was influential in making them a major industry throughout the world.”

Many plants that we take for granted were the creation of Burbank’s at his 4-acre home in Santa Rosa. Today the property is 1.6 acres, with a garden that is free to roam. The old carriage house is now a museum. Docent led tours are available seasonally, which provide access to buildings and information not granted to non-paying visitors. 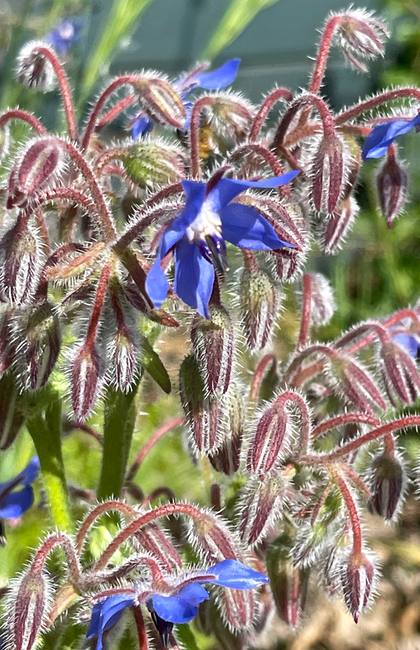 Borage leaves are said to be cucumber-flavored. (Image: Kathryn Reed)

Here is a snippet from the Luther Burbank Gardens’ website about a flower that is rather ubiquitous today, “2001 marked the 100th anniversary of Luther Burbank’s introduction of the Shasta daisy, one of America’s most beloved garden flowers. Burbank spent 17 years developing this quadruple hybrid which he named after Mt. Shasta. Others have continued Burbank’s work and many new varieties of the Shasta daisy have been introduced since Burbank completed his work more than 100 years ago.”

Roses were Burbank’s favorite flower, with a section of his garden dedicated to them. Prior to Burbank’s death in 1926 plants could not be patented. Posthumously the Blushing Beauty and Apple Blossom rose varietals were patented in his name.

Today his Santa Rosa home is a registered landmark at the national, state and city levels. It also has been designated a horticultural landmark by the American Society for Horticultural Science.