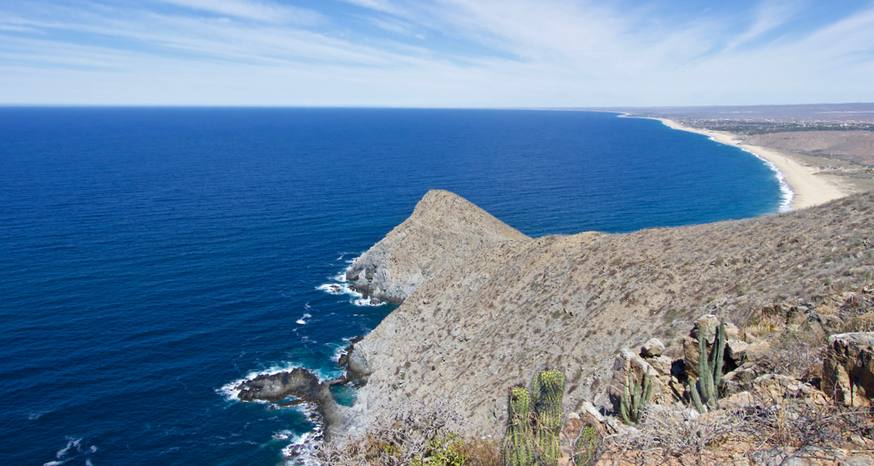 From many of the beaches in the Todos Santos area the Baja coastline looks like it is one big sandbox. Go up a few hundred feet in some locations and suddenly it is rugged, treacherous and incredibly beautiful in a primal kind of way.

With so much building going on in this section of Baja California Sur, this relatively short jaunt to the cliffs above the old port and Punto Lobos is like being in an undisturbed landscape. The only noise might be the sea lions below, the wind and the crashing waves. 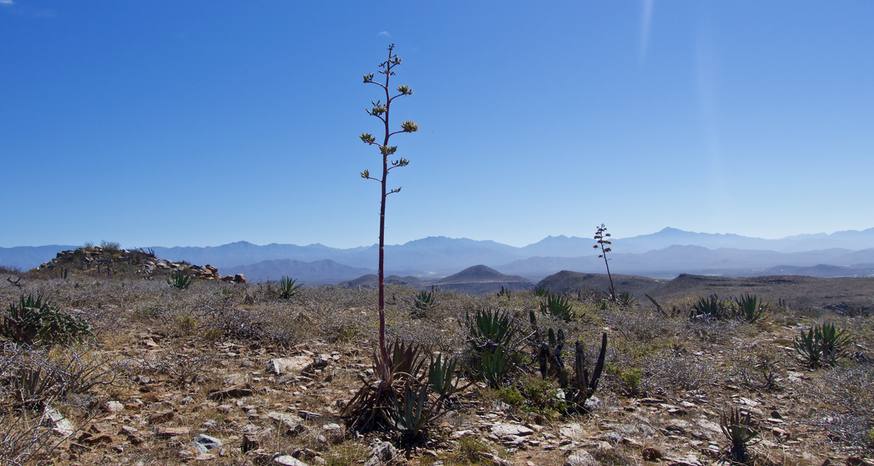 The stalk of the century plant (also known as agave Americana and American aloe) can reach 30 feet. (Image: Kathryn Reed)

The trail system, while for the most part unmarked, is quite extensive. On my first trek here last fall with a group we skipped the hill I went up earlier this month, and instead skirted above Las Palmas Beach before circling back to the starting point at Punto Lobos. That was closer to an 8-mile excursion, while what I did March 10 was about 4-miles round trip.

The abandoned dirt road is ideal for walking side-by-side with your dog or two legged companion. It’s a gradual, steady climb with eventual views (if you haven’t turned around) of the beach stretching to Todos Santos proper and beyond. It’s not long before the controversial San Cristobal Hotel and the remains of the cannery become a speck and then disappear out of sight. 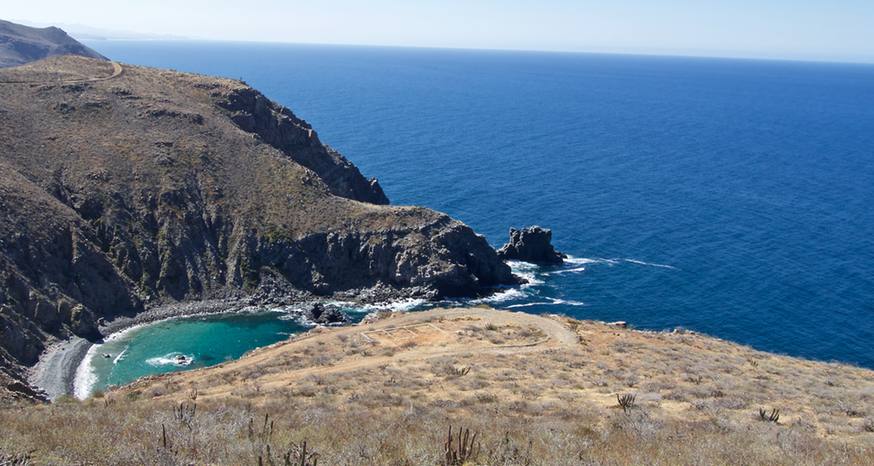 The aqua water is where the old port used to be. (Image: Kathryn Reed)

Along the way are various cacti, though mostly the terrain is rather barren.

Suddenly the Pacific Ocean is front and left of center. The trail continues to the left or straight up a small hill. Up the hill AJ and I go.

It isn’t long before a distinct overlook juts to the left. The views of the old port with its aqua waters are mesmerizing. Reaching the rocky shore is possible, but that will be left for another day. This is where the fishermen used to bring in their spoils, then had them trucked out. From this vantage point there is no evidence any sort of commerce ever took place there other than the trail is wide enough to drive on and the outline of a building’s foundation is halfway between the vista and water. 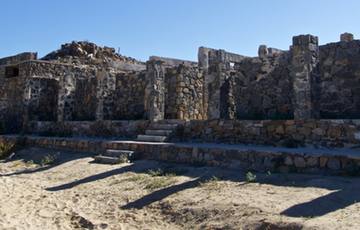 As we continue to go up, the trail deteriorates. Erosion has created deep cutouts in what would now require a 4-wheel drive to make it this far. Fortunately, the only vehicles to be seen this day were dirt bikes on the main trail.

At the top is a vast network of paving stones that lead to one magical vista after another. The high spot gives a 360-degree view of the ocean back to the Sierra de la Laguna mountain range. Closer to the edge is where the scenery changes dramatically. Looking down waves are crashing against the rock outcropping, creating a white whirling contrast to the deep blue water, black rocks and brown desert. Closer to shore the water color goes through a spectrum of blues, with moments of clarity when the rocky bottom is visible. 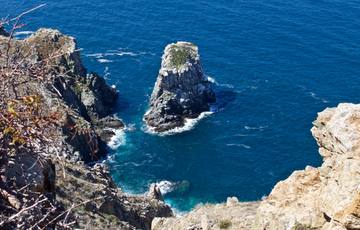 The rugged coast is like a work of art. (Image: Kathryn Reed)

Walking south a tall rock that seems to have broken off from the main peninsula juts into the air. Plant life is growing from the top, but from this distance it’s hard to know what it is. From the cliff it looks like docking there would be too dangerous no matter the size of boat.

Keep walking on the paths. The views continue to change and each one is a photo op. It was hard to actually turn around to head back down.