Migration of birds fill the sky, waterways of NorCal 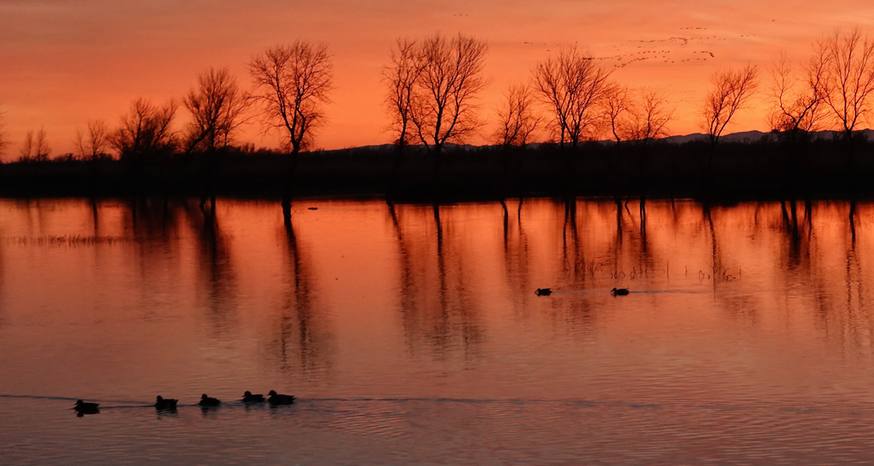 It’s not your imagination. As the sun sets, bird calls do get louder.

If only I knew what these animals were saying. They seemed to be enjoying themselves as much as the people who were watching and listening.

A spectacular sunset danced along the wetlands at Llano Seco. Some of the birds huddled together in the water, while others took to the sky. It was hard to know where to look, but wherever my eyes landed I was almost on sensory overload. 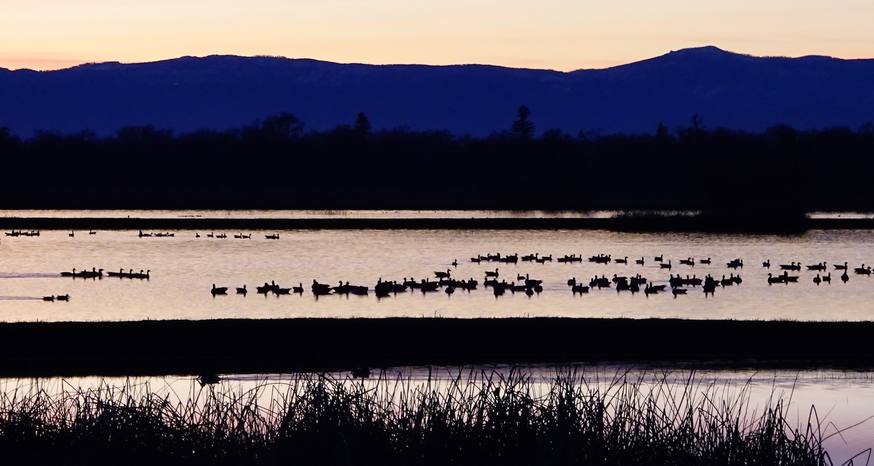 “Dim light is classified as low-intensity light, which causes birds to erupt into birdsong. Some daytime birds become nighttime singers. Birds like the thrush, dunnock, robin, and other similar species can sometimes be heard continuing their songs well into the darkened evening and night,” according to BirdWatchingPro.com.

Llano Seco, which is about 10 miles south of Chico, is one of three units of the 9,600 acre Upper Butte Basin Wildlife Area. Llano Seco has 765 acres open to the public, while 967 acres are off-limits as they are designated a sanctuary. 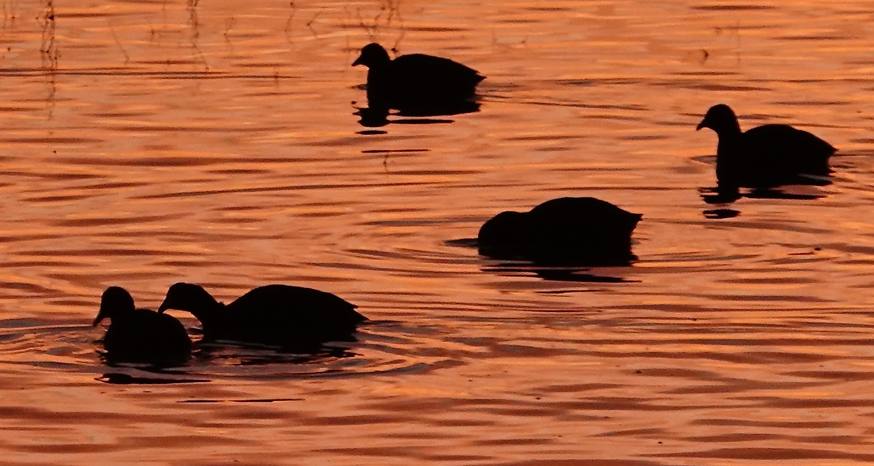 As the temperature drops, waterfowl find warmth in the water. (Image: Kathryn Reed)

“Historically, this basin consisted of a braided network of sloughs, channels, and oxbows resulting from the meanderings of the Sacramento River and Butte Creek, and comprised a significant portion of the wetland habitat available for wintering migratory birds. Today it is still considered one of the finest wetland habitat complexes in North America. The wildlife area was created to protect and/or restore some of these historical wetlands,” according to the California Department of Fish and Wildlife.

One of the reasons the Sacramento River is considered California’s most important river is because of its riparian habitat.

This swath of land in the Central Valley is part of the much larger Pacific Flyway that goes from Alaska to South America. 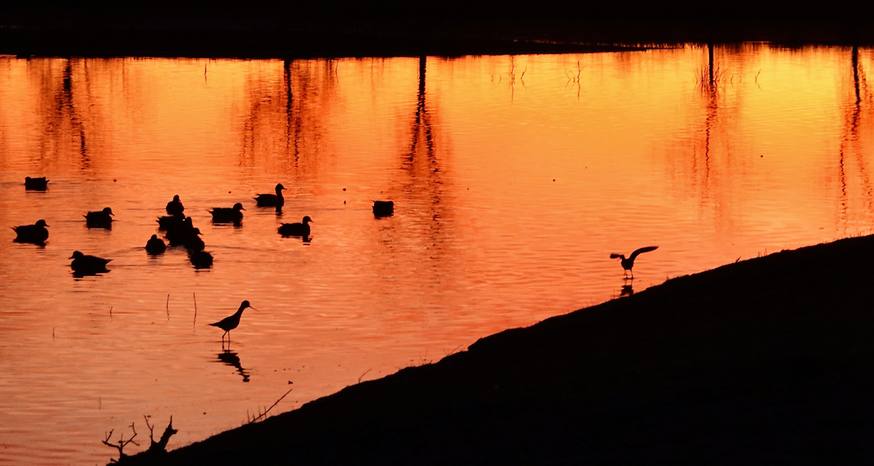 An array of birds make a stop near Chico. (Image: Kathryn Reed)

The festival’s website says, “Millions of birds representing hundreds of species use this great avian highway each year, and nowhere is this abundance of wildlife more accessible than right here in the northern Sacramento Valley. With an ideal combination of mild winter weather, abundant food and rich quantities of water, the area attracts a huge wintering population of waterfowl and raptors. A local favorite among these is the majestic snow goose. With the estimated overall population of snow geese exceeding 5 million, as many as 1.5 million use the Pacific Flyway. Tens of thousands of these will winter right here in our own backyard.”

While there are a slew of events during the four-day festibal, most of which cost money, the birds put on a free show every day—and night.