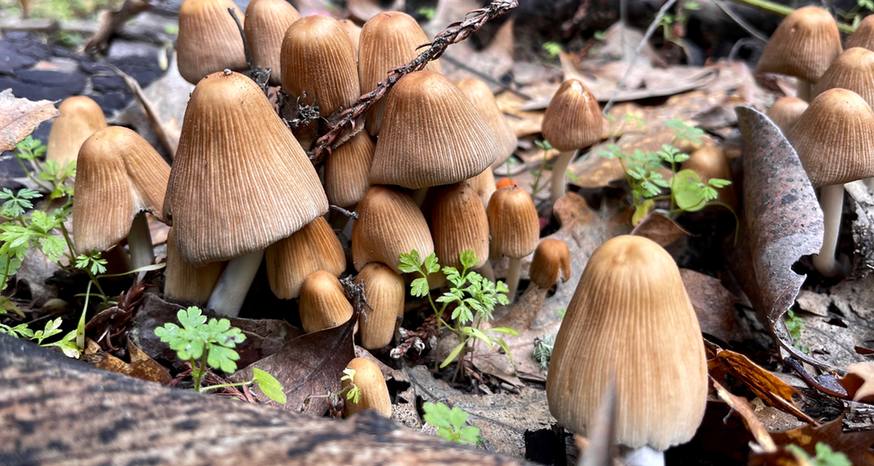 It was rare to see mushrooms like these coprinellus grow in a cluster. (Image: Kathryn Reed)

In hushed tones more than a dozen people walked the trails of Jack London State Park in mid-January. While the event was in the same week as the dead novelist’s birthday, this outing really had nothing to do with him. It was all about mushrooms.

The Sonoma County park hosted a mushroom foray on Jan. 15 that did not disappoint, especially for the price ($10) and the fact so many fungi were discovered. 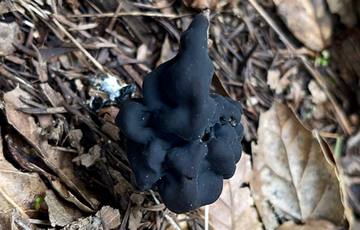 An elfin saddle is the only black mushroom that revealed itself. (Image: Kathryn Reed)

In many ways it was like a scavenger hunt as participants and park volunteers crept along the walkway, scanning both sides in search of something protruding from the dirt.

A shout of excitement would go out when someone spotted a mushroom. We would all take our turns checking it out. The colors, size and shape are not uniform by any means, which adds to the wonder. 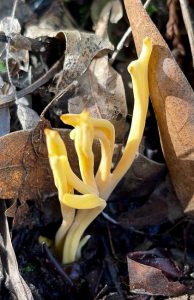 We were there to look and photograph. All specimens were left behind for the next mushroomer to appreciate.

It is said this is a banner season for finding these fungi because of the wet winter (well, it started that way) we are having compared to the last couple of dry winters. 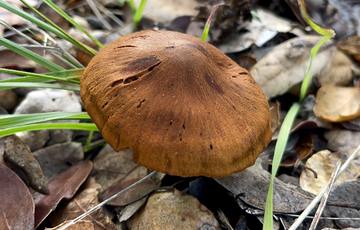 This mushroom is a webcap; many fall into this basic category. (Image: Kathryn Reed)

As far as we know, none of the ones we came across was an edible variety—after all, January is when it’s common to find black trumpets, hedgehogs and winter chanterelles in the wild.