Natural pool in mountains near Todos Santos a slice of paradise 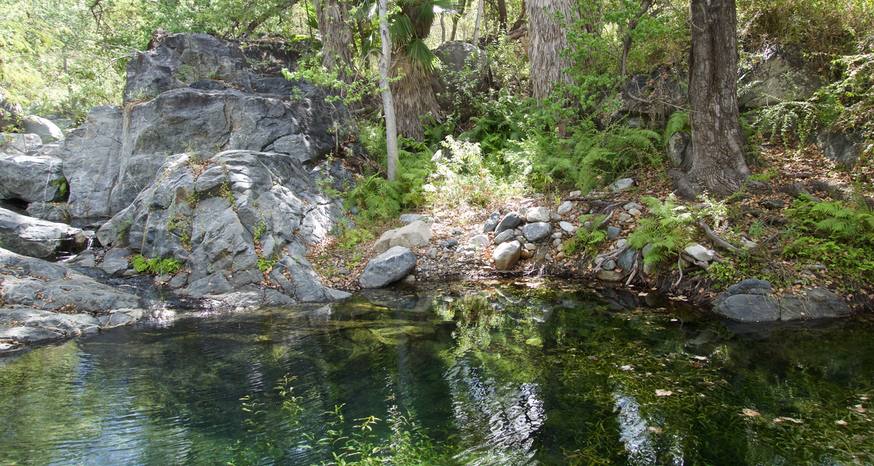 An idyllic pool in the mountains near Todos Santos beckons people to take a swim. (Image: Kathryn Reed)

With every dirt road looking the same and the plant life not changing, we might as well have flipped a coin to know which way to go. Ah, but then a pink ribbon would catch our eye. Those little strands saved us.

Pat had been to our destination earlier so she knew it was worth going to. Only she wasn’t driving on that first outing so she didn’t completely pay attention. Good thing one of her friends put up markers on their way out. Without them, we would never had made our way in.

Half the fun of any excursion into the mountains around Todos Santos can be the journey. Slowing down a bit it one suddenly realizes everything doesn’t really look the same. Some plant life has stunning flowers, some are bushes, others are trees. Some grow close to the ground, some are much taller than the Jeep. At times it was like driving through a tunnel with the growth all around us. Other times the views were expansive; and not just when we were in an arroyo. 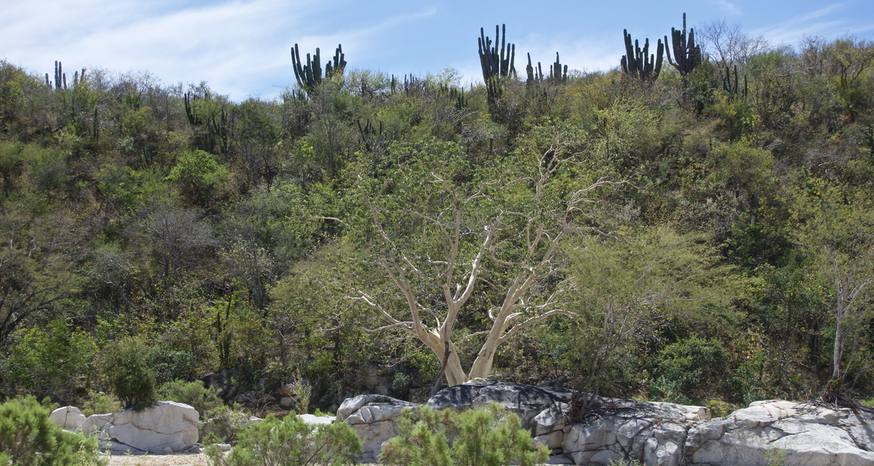 A variety of plant life along the road to the pool. (Image: Kathryn Reed)

Eventually, we came to the end of the road and started walking. We had not gone far when we heard rustling ahead in the bushes. Out came a herd of goats. Apparently we had disrupted their tranquility or got too close to a food source. They wanted nothing to do with us as they scampered across the single-track dirt trail and out of sight.

It wasn’t long before we reached our destination—a pool of fresh mountain water that on a warm summer day would be ideal for swimming. The temp (outside and water) was a bit cooler than either of us found suitable so instead of getting in we admired the beauty from the rocks surrounding the water. On Pat’s first trip the two guys she was with opted to take a swim.

Palms, ferns and other flora grew on the far side, and were reflecting in the tranquil, clear water. We could see about 4 feet to the bottom.

In all, we walked 1.72 miles round trip. Part of this was exploring a little farther than the first main pool. If I could find this natural pool again, next time I would go with a towel and swim suit. 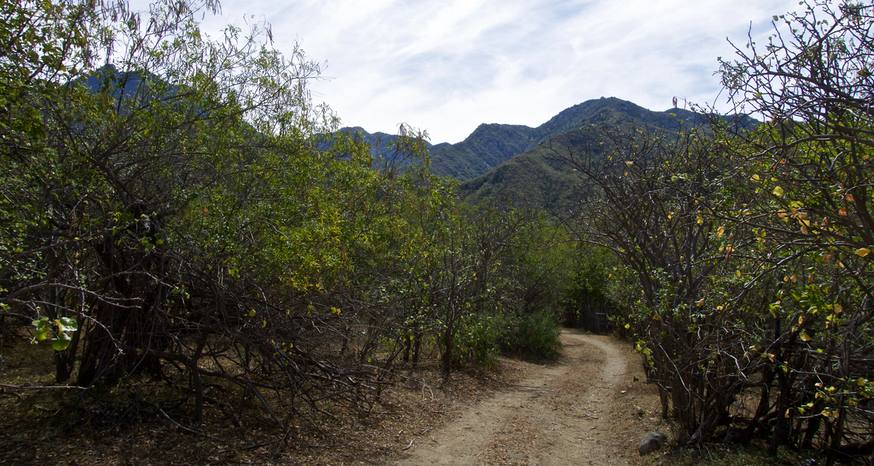