Guidebooks are good to a point. They tend to highlight the most popular places to visit in a city or region. That’s their purpose.

But what if you want to go off the beaten track? That is when you go to Atlas Obscura. My friend Denise introduced me to the site. She and hubby Steve swear by it when they travel close to home or far distances. The site describes itself as, “The definitive guide to the world’s hidden wonders.”

I had a few hours to kill in Menlo Park, California, earlier this fall. Atlas Obscura took me to The Great Spirit Path at Bedwell Bayfront Park. 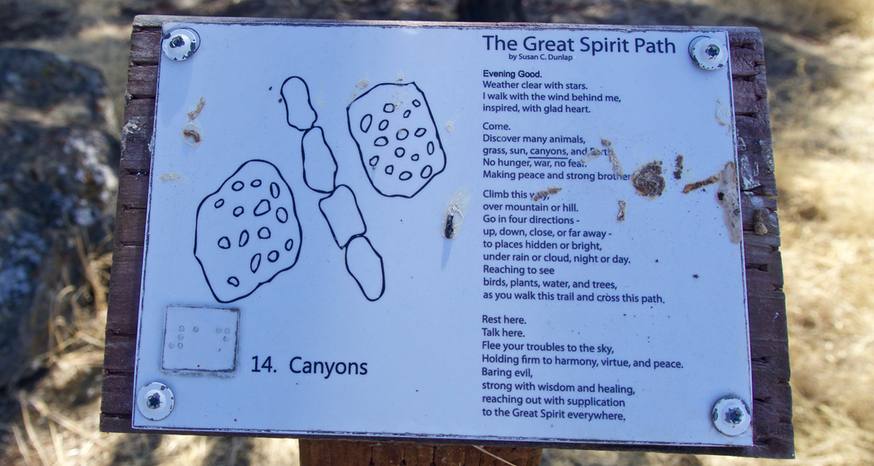 Images of what the rocks are designed to look like and the poem. (Image: Kathryn Reed)

While there were limited copies of a guide about the path at the park, it was the description at Atlas Obscura that got me to search out this unique wonder. It would have been easy to miss the special path without prior knowledge of it being there because of how big the park is and the tiny sign pointing to the starting point.

Susan C. Dunlap is credited with being the inspiration behind Spirit Path. She wanted the park, which was being developed in the early 1980s, to have something unique in it. 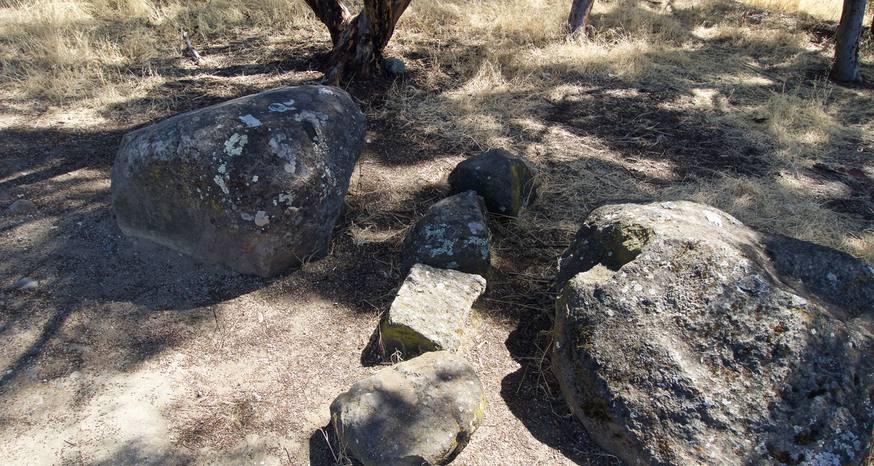 Rocks spell out words in a poem. (Image: Kathryn Reed)

“The stone poem fuses together both literature and sculpture – it can be read, yet retains a purely visual format,” according the pamphlet. “These rock clusters were inspired by American Indian pictographs.”

Rocks (892 weighing more than 505 tons) from a Sonoma quarry and a meadow near the Stanford Linear Accelerator were hauled to the park in 1981 and 1985 to create the path.

It was good to have a picture of what the rocks originally looked like because time and weather have taken a toll on of them. Not all are whole and grass obscures some. Each cluster of rocks represents a word or phrase in the poem.

The 53 signs are numbered, each with the full poem. This makes it easy for those strolling through the park to follow the numerical order. While I didn’t visit each formation, I saw enough to have an appreciation for the effort involved to create this path.

“It is the artist’s intent here to illustrate a reverence for the evolutionary methods of both man and nature in combination with a message of hope,” the brochure reads. I believe she achieved her goal.