Plenty of desert terrain to explore near Todos Santos 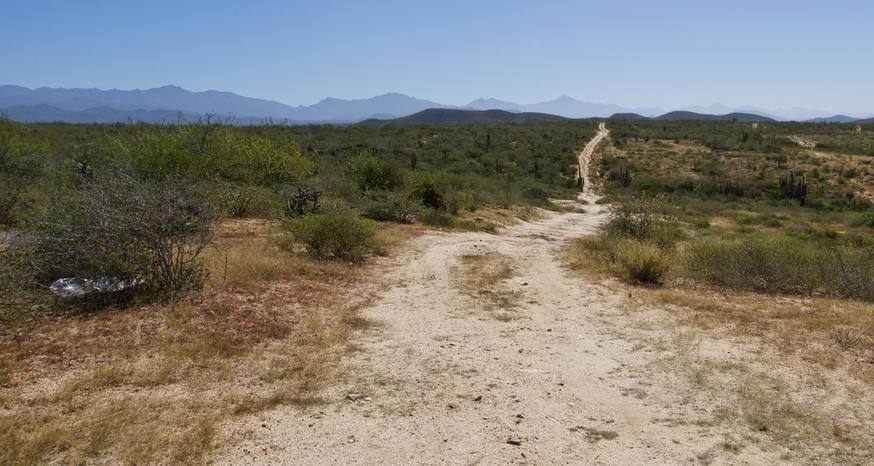 Trails in nearly every direction. Some single track, some wide enough to drive on. The choices seemed endless.

We were squarely in the desert; walking away from the Pacific Ocean and toward the mountains. The mountains, though, were too far away to be a reasonable destination on this particular day. Flowers were still blossoming in late February, adding a splash of color to the greenery and brown dirt.

Miles of open space exists in the Las Tunas area of Todos Santos. While more houses continue to be built in the area, there are plenty of places to still explore. From the first leg, May and I opted to turn right onto a more distinct road that allowed us to walk side by side. 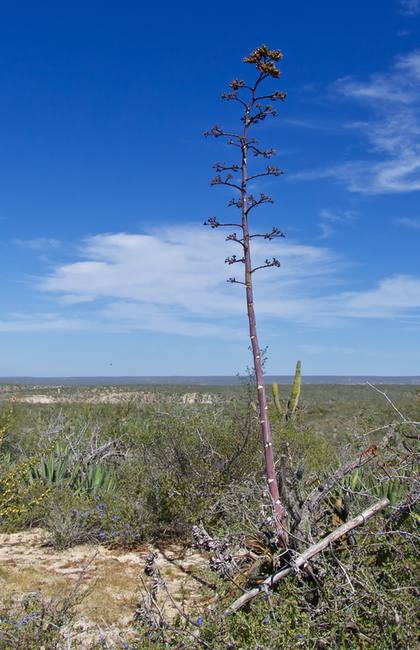 The century plant stands out among the other flora growing closer to the ground. (Image: Kathryn Reed)

As we kept heading south we were getting closer to civilization. When we heard a dog barking aggressively, we turned around.

While it is always good to get out in nature, it was disconcerting to see so much trash. What looked like abandoned makeshift living quarters littered some of the terrain. An “interesting” man dressed in long pants, what appeared to be a trench coat, and a hat was walking up on a road perpendicular to us. We picked up the pace a bit. Neither of us got a good vibe from him. There are reasons I don’t venture into the desert alone.

We tried to be smart about the outing, turning around at junctures to note what it would look like upon our return. We knew to head toward the big cactus at the split. Of course that would require going back the way we started. 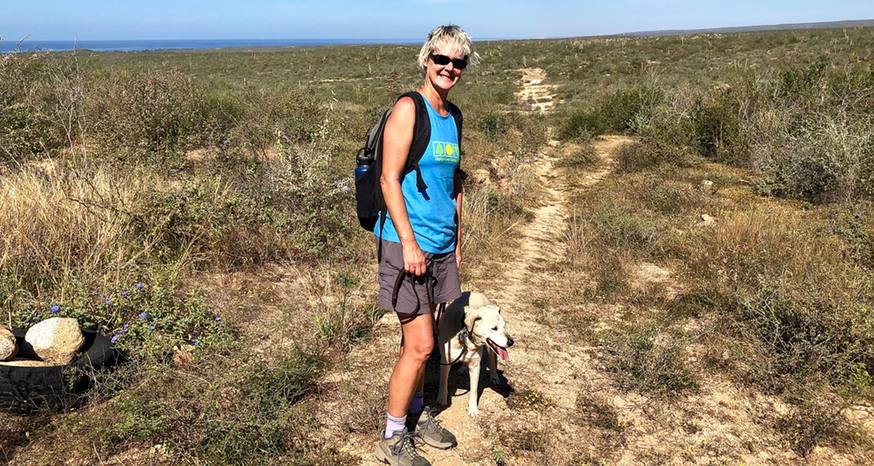 Kathryn and AJ make their way through the desert; with the Pacific Ocean in the distance. (Photo/May Blom)

Heading out we had no destination, which made the excursion even more fun. We randomly chose left, right or straight. Returning, well, that was a little more challenging. It ended up being a loop instead of an out-and-back. We never saw that big cactus again.

Unfortunately, one of the roads going back was filled with dime-size prickly things that lodged into AJ’s pads. She was not a happy dog. My apologies to her didn’t take away the pain. Once we got through that mine field, she perked up. This was the first time she had done 5.12 miles since returning to Mexico last fall. Not bad for a 17-year-old. Mostly it was flat, with our minimum elevation being 139 feet and maximum 388 feet. 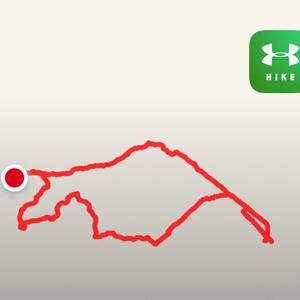 The trails system is a bit haphazard in Todos Santos. All are user created, with some made by the mountain biking community. The problem is signage doesn’t exist. Fortunately, I used an app to track our route via GPS which helped us find the Jeep. Near the end we could see a glint of red in the distance, confirming we were almost to our starting point.