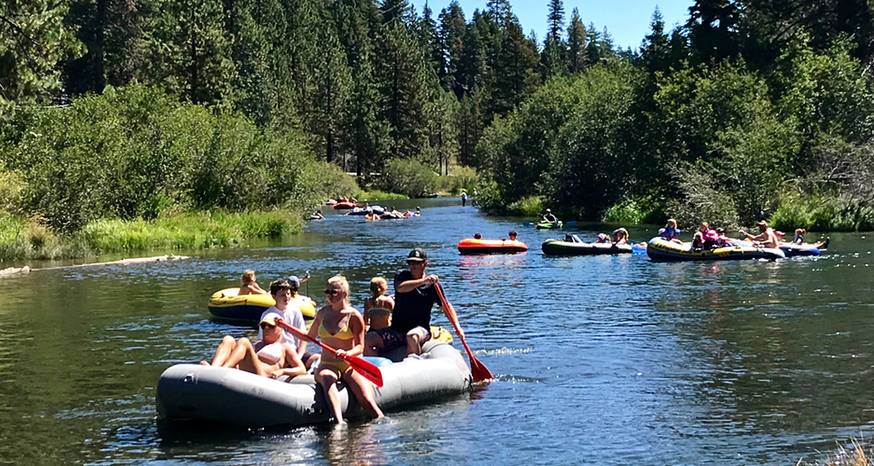 Two hours or more of outstanding fun. That’s what floating down the Truckee River is all about. 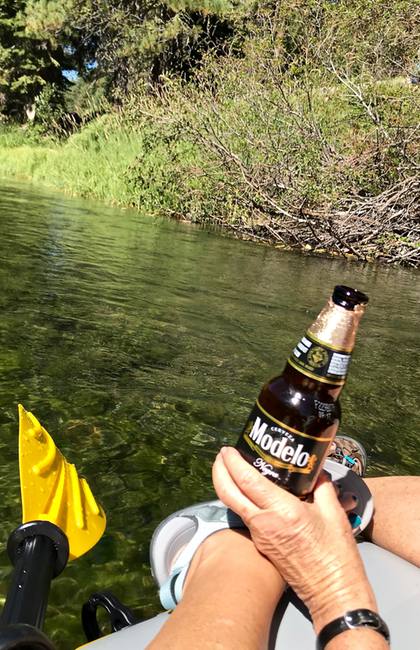 A bag slung over the boat, drifting in the water is deal to keep beer cold. (Image: Kathryn Reed)

It’s one of those summer rituals that locals and tourists enjoy, and that most ages can participate in.

While there are multiple commercial entities to rent a raft from, Sue provided a two-woman “boat” that worked just fine for us. I commanded the oars, steering us through rapids, around rocks (sometimes over them) and never into the bank except when we took a break. 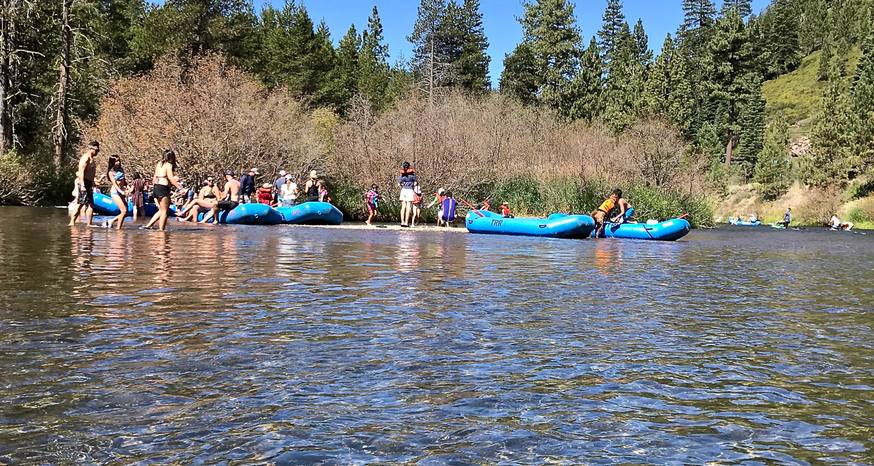 Many places the water is shallow enough to stand in. (Image: Kathryn Reed)

I’m not going to earn my whitewater guide certification doing this route from Tahoe City to the River Ranch, but I definitely needed the oars at times. Only a few people were going down in inner tubes without any steering capability; this season I’m not sure I would have liked that based on the mini rapids and current in some sections.

It was never scary. At most there might have been a class 2 rapid. 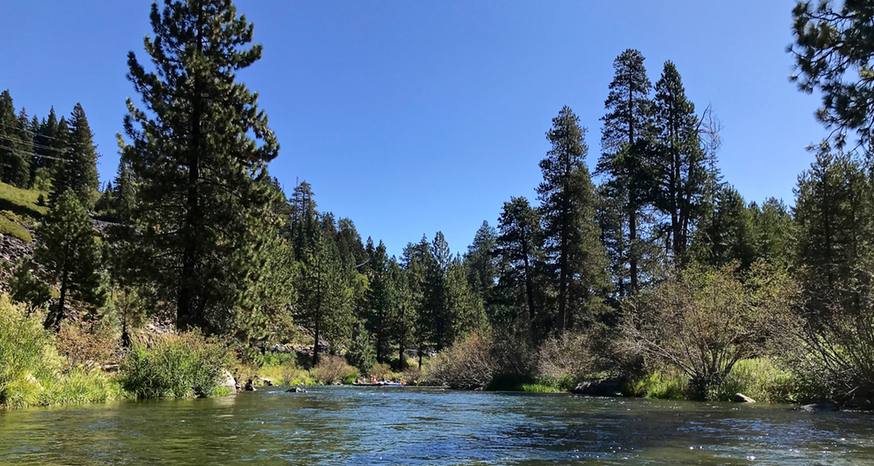 It was always scenic. You can’t go wrong with any river in the Sierra. Add the sometimes grassy shoreline, sometimes beach spots, tall pines and towering rock formations, well, Mother Nature really has outdone herself. Some sections of the water were so shallow it would have just covered my ankles, with only a couple sections where it would have been over my head. Most of the time I could stand up had I wanted to. 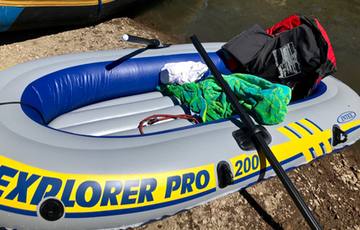 This is one of those experiences that is likely to be different each time one does it because of the water level, the craft one uses, water temperature, and the people. We were out on the Sunday of Labor Day weekend. It was a hoot. The people around us made it even more entertaining, as some had dogs with them, others had floatation devices just for their adult beverages, others had water guns in case people got too complacent.

In many ways it was one big floating party with a bunch of strangers all having fun in the warm California sun with the 60-something-degree Truckee River keeping us cool.