Relishing the sport of baseball on opening day

I wasn’t sure I was going to care about this baseball season, what with the greed of both sides delaying the start of it.

And then there I was at the Giants opening day on April 8 in San Francisco.

Something about baseball intrigues me. So much strategy and athleticism considering it’s such a simple game. It’s not a bruising sport (though plenty of injuries occur), nor is it a sport of a lot of thugs (though cheating is not unheard of). It’s a sport (along with softball) that most everyone can play at some level for decades.

Watching professional games in person or listening to them on the radio are my favorite ways to enjoy baseball, but that doesn’t mean you won’t find me in front of the TV—especially for a night game. 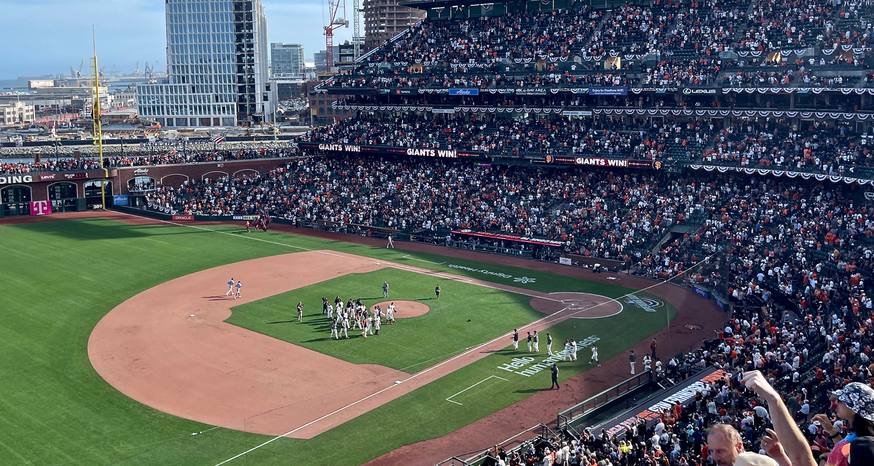 I will admit I’m really a Giants fan; not a baseball fan. I don’t listen to or watch other teams. In fact, when I travel to other ballparks I try to do so when the Giants are visiting. I do love going to different parks even though I have not been to that many.

I wasn’t sure how I was going to feel being around so many people. I was definitely in the minority when it came to mask-wearing. Interestingly, though, more people elsewhere in San Francisco were wearing masks than inside Oracle stadium. I think this says something about who was there—perhaps not that many San Franciscans. The best thing about the season ticket group I’m part of is the seats we have aren’t around people because they are handicap accessible. This made me feel safer being at the ballpark.

Unique (at least to me) was instead of having a military flyby, Navy parachutists descended onto the field. It was pretty cool, especially the last one bringing the U.S. flag.

I was touched by the moment of silence in support of Ukraine. You just know this wasn’t happening at all MLB ballparks. 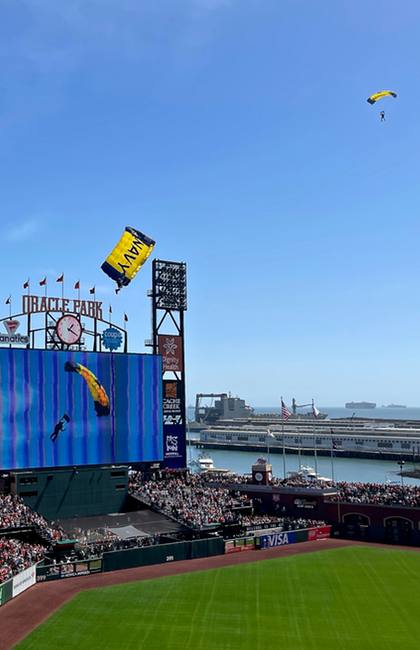 Then there was the humor with Brandon Belt being towed in on an inflatable raft wearing a captain’s hat with the letter C taped on to his jersey. This was a nod to last season when he announced he was the captain of the team. It was funny last season, hilarious to start this season. Maybe you need to be fan to understand. Trust me on this.

While I have been to several opening days, this is the first one I remember seeing empty seats. The announcer said it was sold out with more than 40,000 people, but they certainly were not all there. Was it COVID uncertainty? Was it no Buster Posey? It can’t be coming off a bad season because the Giants won their division and a franchise record 107 games.

It was a stressful game inasmuch as it took extra innings for them to win. But win they did. It was a great day at the ballpark. I’m ready to go back. Go Giants.