The transformation of Cove East on the South Shore of Lake Tahoe is dramatic.

It’s also sad. At least for now because it looks more like a construction site than a wetlands.

It really hasn’t been a wetlands since the 1960s when the area was forever altered with the development of the Tahoe Keys subdivision. Now public agencies are doing what they can to turn what was the most sensitive wetlands in the Lake Tahoe Basin into something that it resembled a half century ago.

The California Tahoe Conservancy is in the third and final year of the $11.5 million Upper Truckee Marsh restoration project.

“Work this summer includes final planting of wetland plants before removing a soil berm that separates 12 acres of newly created wetlands from the Upper Truckee River. This will allow river water to flood the new wetland area,” according to the CTC. “Project benefits include improved wildlife habitat, enhanced resilience to extreme weather, and pollution filtering of water entering Lake Tahoe.” 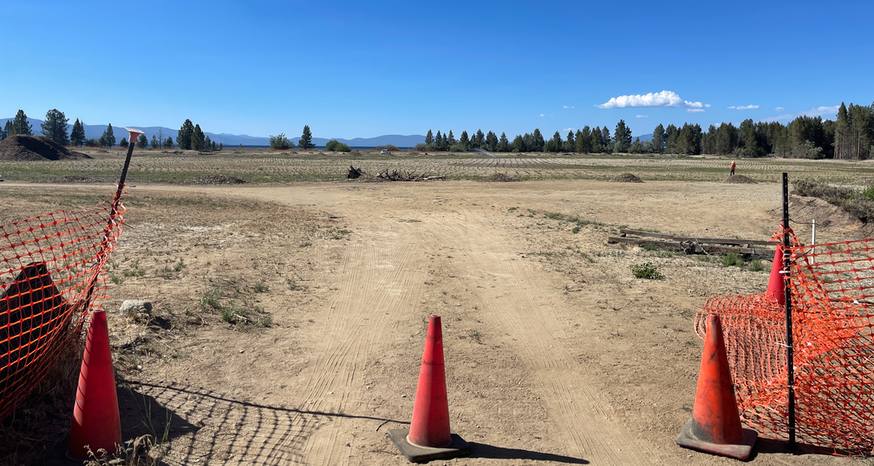 Gone is a lagoon off the main channel into the Keys. It’s been drained and replanted. While it seems odd to see sprinklers watering the area, especially during a drought, I’m confident in the science. I was skeptical several years ago when another part of the marsh closer to the trail entrance along the Upper Truckee River was restored. Today it looks great and is functioning as designed. This gives me confidence everyone involved with the current project knows what they are doing and the desired outcome is achievable.

Cove East used to be my go-to dog walking route. I could access it from my South Lake Tahoe home. The loop pre-this restoration was about 2 miles. It will probably be about the same when the new route is finished this season. The new trail is going to be an “accessible-to-all-trail.”

The CTC with the help of other agencies has plans to restore more of the marsh in coming years as funding allows.

The Upper Truckee Marsh totaled 1,600 acres at one time.