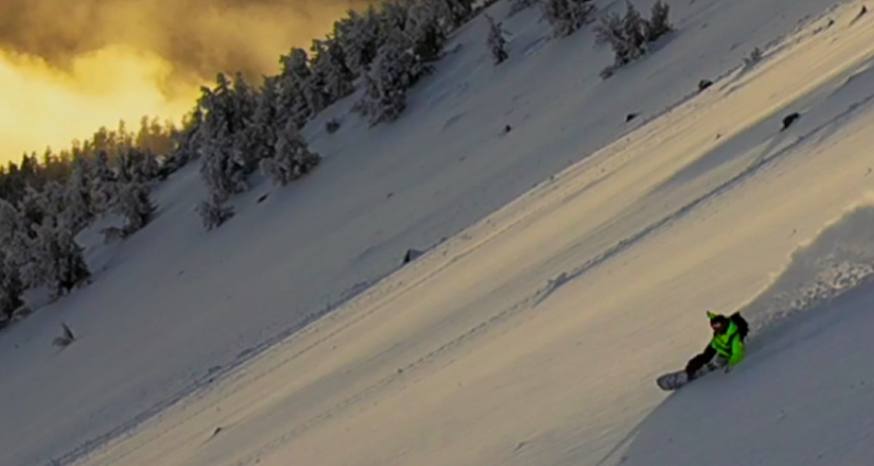 When someone has reached the pinnacle of their sport it can be hard to fathom how they might have self-confidence. But success is often riddled with doubt, second guessing and a fair amount of adversity.

South Lake Tahoe’s Elena Hight is a two-time Olympian, with seven X Games medals and a U.S. Championship in snowboarding. Her talk on Dec. 16 titled “Breaking through Comfort Zones: Pipes, Powder and Post Holes” shed light on the pressure she felt, her successes and failures, and how she rediscovered her love of snowboarding. This was part of Tahoe City’s Aplenglow Sports’ 16th annual winter speaker series.

Surfing was her first board sport since she was born in Kauai. At age 6 her family moved to South Lake Tahoe, and snowboarding became her sport of choice. Kirkwood was her dad’s favorite resort, so that’s where they often went. Going through the gullies reminded him of riding waves.

By age 7 Hight was competing in snowboarding competitions.

“To be honest I was probably one of the most competitive children you ever met. I think I hated to lose more than I liked winning,” the 32-year-old said.

She was 16 when she made her Olympic debut at the 2006 Games. She finished sixth in halfpipe as the youngest member of the U.S. team.

“My competitive career took off after that. I landed on top of a lot of podiums,” Hight said. 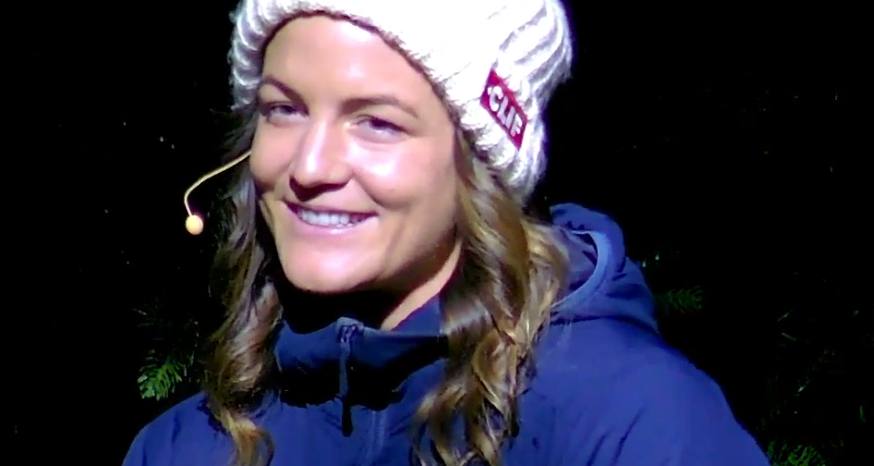 Helena Hight of South Lake Tahoe talks Dec. 16 about life as a snowboarder.

“Gretchen Bleiler and Hannah Teter were who I traveled with a lot. The people that you are with really makes the experience. I found a lot of comfort in this lifestyle living out of a packed bag, going to these events, pushing myself, partying and doing it all again,” Hight said.

“It sounds really exciting and fun, and it was for a long time. Somehow I got bored. I found myself in a rut.”

In 2012 she tried to find inspiration by perfecting a trick that had never been done before—by a woman or man—the double backside alley-oop rodeo. She landed it at the X Games the following year—the first to do so in competition.

“It made me super proud. It was the scariest thing I’ve ever done in a halfpipe,” Hight said. “I had never gone upside down twice before. There is a lot that can go wrong.

“This was really a turning point in my career. Not because of the success, but because of stepping outside what I was comfortable with and pushing my limits.”

She was accustomed to being a trend setter. At 13 she was the first person to land a 900 in competition.

The problem, though, was that she became so fixated on the double backside that she didn’t qualify for the next Olympics in 2014.

In some ways this was life changing as she was invited to go ride Alaska.

“I almost said no because I was too afraid to fail. I had not been in big mountains. I was afraid of failing in front of people I looked up to so much,” Hight said.

While her fears were real, they were completely unfounded. She left there a changed woman. She describes it as having tunnel vision about Olympic and other competition in the halfpipe, thinking anything else would be a distraction.

“I soon realized this was the biggest inspiration I could have gotten for my snowboarding and my competitive career,” she said. “I definitely left Alaska in love with the big mountains. I also found a new spark for snowboarding. I had been so focused on the outcome of contests that I had forgotten I love the sport.”

Being reinvigorated landed her on multiple podiums the next season, including at the X Games. She was also a favorite to land a spot on the 2018 U.S. Olympic team.

“I fell on my face,” she said matter-of-factly. It had never crossed her mind she would not make the team.

“I think you learn lot more from failures than success. This failure taught me I was trying to run away from failure more than chasing success. It was a hard lesson to learn, but I learned it.”

Heartbreak as well as opportunity followed the Olympic trials. A few months after not making the team she got a call from big mountain snowboarder Jeremy Jones who invited her a little trip across the Sierra. She ended up starring in some of his film projects.

The experience with Jones led her to realize it was time to give up the halfpipe and pursue the backcountry. Some of her sponsors stayed, others severed ties.

“During this transition the biggest thing I learned is I found joy in learning just as much as a I did in succeeding,” Hight said. “I have failed more than I have succeeded. It makes the successes that much sweeter. Ultimately we find new comfort zones.”