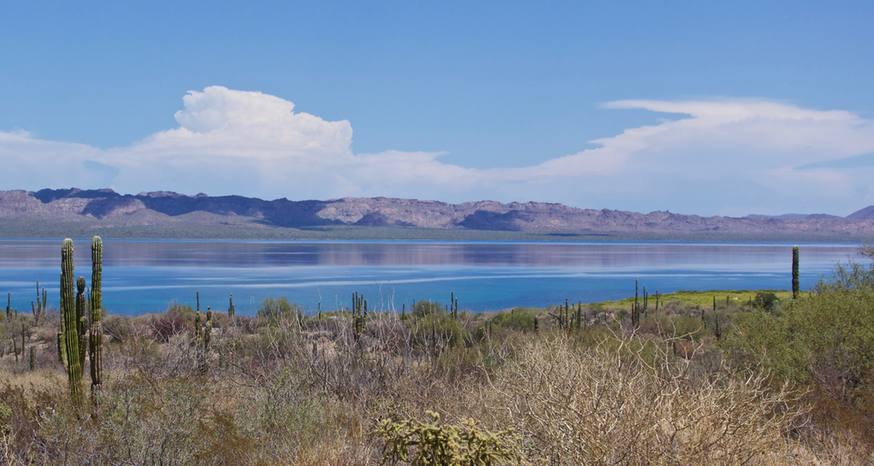 Baja California is often described as where the desert meets the sea. (Image: Kathryn Reed)

The ever changing landscape is one of the reasons to drive the length of Baja California.

Think about where the produce in the U.S. comes from in winter. Mexico, that’s right. Ag land is more pronounced in Northern Baja. Some of the produce is in open fields, other edibles are being grown in row after row of green houses. 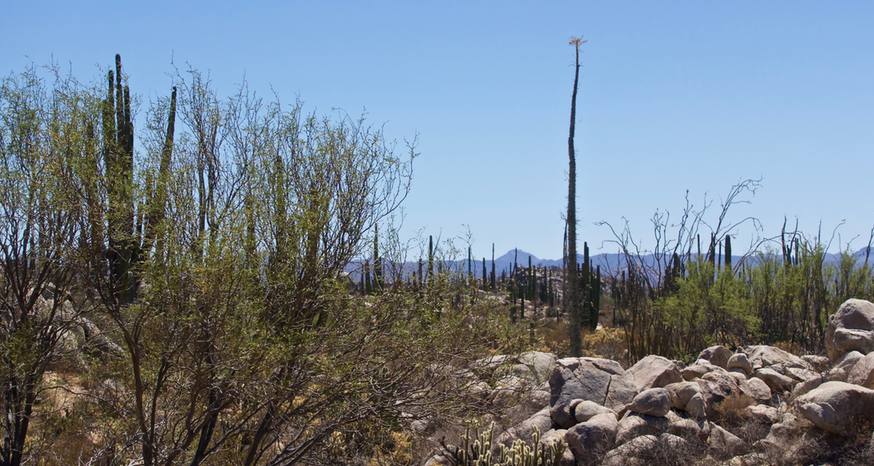 There were times it felt like driving in Nevada, a bit desolate, but that raw beauty was mesmerizing. Then were times it was more like Arizona with the rock formations and cacti.

But first there was the wine region – there are actually a couple. Valle de Guadalupe is the first and closest to the U.S. border. Go. Really. It’s good. We only stopped at one winery, but have since had more from there. I love seeing vineyards; up close, at a distance, every season, just budding, full of fruit. It really is a valley that you drop into, with sweeping views of all that wine-to-be. 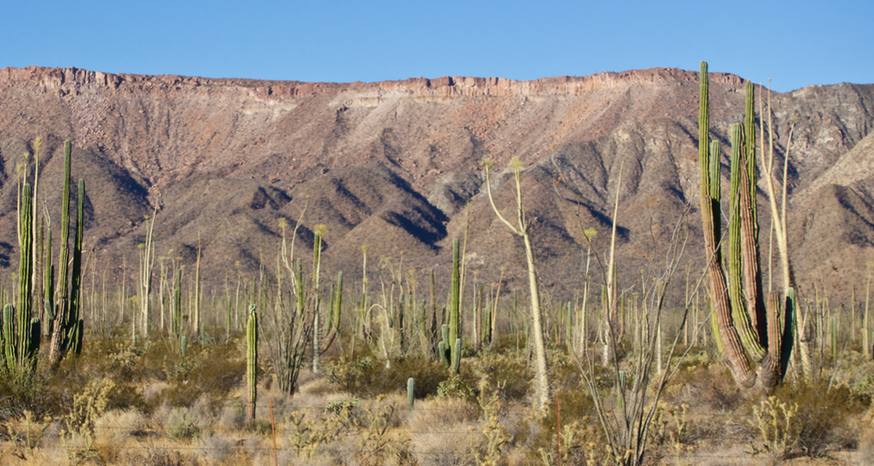 The contrast between rock formations and cacti is often striking. (Image: Kathryn Reed)

Oh, the cacti. It was forests of cacti at times. The cardón are slightly similar in appearance to the better known saguaro that are native to Arizona. (Saguaro do not grow in Baja.) The cardón are the largest cacti in the world, some measuring 70-feet-tall, 5-feet in diameter and weighing 25 tons. They survive in this climate by holding massive amounts of water in their trunks and having an extensive shallow root system to slurp up the infrequent rains.

There are 120 species of cacti in Baja.

Bajooms can be as tall as 80 feet, but they only grow about 1 foot every 10 years. They are also known as cirio and the elephant tree. They are bizarre looking, and have been said to resemble something out of Dr. Seuss. Many are spindly at the top where flowers will blossom and they seem to have hair on the trunk. They are found near the town (if you can call it that) of Cataviña. 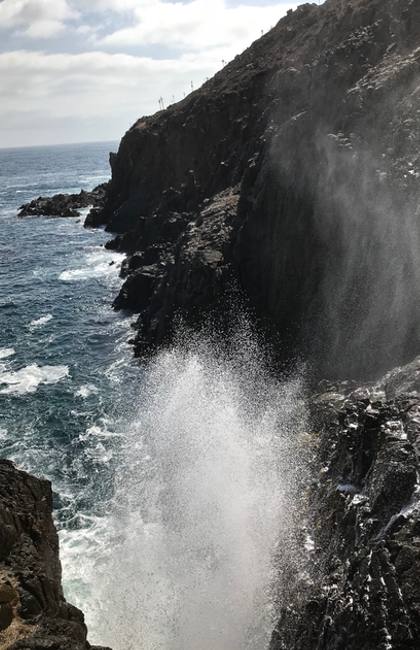 On the north side of town are all these round rocks, that almost look like someone planted them there. It’s beautiful and strange.

Then there is evidence of volcanic activity in Baja as well.

I would be remiss if I didn’t include the water. Oh, my, the first glimpse of the Sea of Cortez as we approached Bahia de Los Angeles had me wondering if had ever seen a more spectacular blue water. And this is from someone who just left years of living at Lake Tahoe. Pick an adjective to describe beauty and you wouldn’t be wrong. 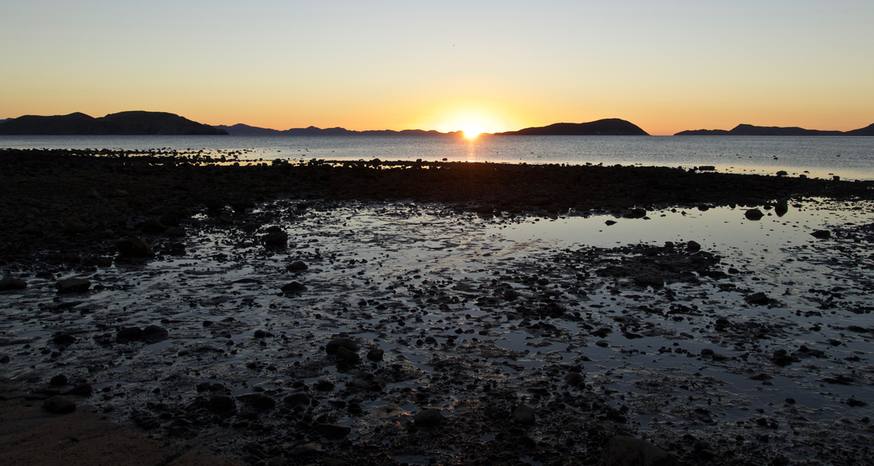 Sunrise at Bahia de Los Angeles is worth setting the alarm for. (Image: Kathryn Reed)

Driving into Loreto was even more spectacular, as the water was more clear than Tahoe.

The temperature is a bit like bath water in September. Still, it was refreshing after riding in the Jeep with the wind in our hair.

On the west side is the Pacific Ocean. A notable place to stop is outside of Ensenada to see La Bufadora, a blow hole that can shoot water 100 feet into the air.

There are also mountains in Baja, with Picacho del Diablo reaching 10,157 feet. It can even snow here.

The sky would be reason alone to visit Bahia de Los Angeles. Better than any planetarium. It was like a dome of stars and planets. The Milky Way exposing itself completely in a way that made me feel so incredibly small and insignificant. I wanted to stay in the hammock and never fall asleep.